To be honest, After I heard the part of this video that aired on all the Utah TV sports segment, I was going to come on here and rant about how BYU’s Gestapo, the honor code dept, ruins another person’s life. But after watching the video on its entirety, several things popped out to me.

1-you don’t negotiate with drunks, period. put in the slammer and let them sleep it off-then have your chat.

2- when we are talking a group of college football players, you have to separate them from one another immediately to deescalate a very volatile situation.

3-Unlike my first impression from the very limited video I saw on KSL, Bernard would have been arrested in any town across the USA. My first impression was to come on here and talk about how BYU is the laughing stock of the football world. How the honor code embarrasses us with their quirky, impossible to understand antics from time to time. Case in point…the poor girl who was rapped, gets thrown out of school for having a boy in her apartment…it took true guts to confront the school about the dangers of persecuting the victim and how retarded we look to the rest of the world. BYU changed the policy and will no longer kick victims out of school and will focus on the predators instead. It took BYU about a year to review the policy (queue the eye roll here).

4-What really struck me in this video was how delicately the Provo police handled the situation. They gave Bernard every opportunity to stay out of trouble. They were looking out for his best interest. I give them a big thumbs up.

5-As for this season, why did the thing not get resolved before the season? This has the feel of a player failing to report back to the Honor Code dept and resolving it in the off season and being totally caught off guard when they tell BYU football that he is still suspended. The Honor Code dept needs to bend over backward when it comes to “high profile” people to avoid EMBARRASSING the school, the athlete or scholar, and above all, the church.
I guarantee that if Holmoe or Sitake would have been made aware of this situation rather then find out about it from the press, it would have been handled much differently.

Oh, and one last thing…Bernard is staying. He was seen at the end of the PS game signing footballs and autographs.

Listened to it (don’t know why as that kid has a severe potty mouth) and extremely disappointed at Bernards behavior. Regardless of whether he was drunk, sober or whatever, this was way over the top, and you’re right, he was given all the chance in the world by these two policeman to shut his trap and get on with it and flat out refused to listen to anything said to him.

I’m all for giving kids a break, but my question is, how many breaks has he already used up that we don’t know about? If it’s a whole bunch and the only thing keeping him at BYU is football, than I would prefer he goes rather than to put up with this as a coach. If he wants to get right and shows it by his behavior, ok, let’s work through it and move on. But if this is behavior that he really isn’t interested in changing, and becoming a man and leave that stuff behind, Sitake won’t change him and it’s best to move on. You have to have a kid buy into changing, so if he sincerely wants to, okay - good to go. If he doesn’t, let him go and learn lessons of life in the very near future. Sometimes that’s what it takes to turn a corner. I hope it’s the former and he is ready to move forward with life and stays, for my part. No other school is better equipped to help him, if that’s what he wants, than BYU.

Rudi,
Listen to the tape again, and again, and again.
He was really very polite in the beginning. I feel like he was provoked
to the point that he exploded and became the fowl mouth person which you describe.

Listen to where he was extremely apologetic and wanting to say he was sorry but kept being
shouted down by those making the arrest. Out of frustration of not being able to speak, not being
able to apologize, not being able to communicate, he really blew it with the fowl mouth of which you speak.

I agee that Bernard was in the wrong, but I also feel that those making the arrest need much more training
in knowing how to oope with these situations. I feel that a much more positive outcome could have come about
it the situation was handled much better.

I do not disagree with you, however I do hear this tape from a different perspective. I agree that the honor code police showed much restraint when they told Bernard to go home and stop doing what he was doing. I commend them for this.

I do agree that Bernard, should have been grateful for the opportunity to go home at once and stay out of trouble.
His thinking process was obviously impaired and he did not do what he probably would have done if his mind was not impaired.

I agree that he had no business breaking the honor code and their is no defense against this.

What I am disappointed in, is when the honor code enforcers came back, and were totally out of patience, and would not
listen to Bernard’s apologies; would not listen to Bernard trying to say he was sorry and that he would go home now; they kept loudly talking over all the good that Bernard was trying to say, and refusing to listen and this drove Bernard bonkers and caused him to use all the fowl mouth. I think that if his thinking were not impaired, he would not have had the fowl mouth which we heard on tape.

those were actually Provo Police…They showed all kinds of restraint.

Fish,
Thanks for the clarification on the police being Provo police and not Honor Code police.
I agreed that the first time they came to the (crime) scene, (tongue in cheek), the police did show much restraint
and good judgement.
Ron

If the police have to show up a 2nd time, you can expect a whole lotta trouble. Police are not here to baby sit anybody. 2nd time around, you get your butt arrested.

Another issue on Francis Bernard again. He got pulled over 1 AM Saturday and was arrested for possible DUI, with out a valid license and a expired registration. The passenger was cited for having an open container of alcohol. Not a complete detail of the whole thing. He was released few hours later. I wonder if that was not his car and helping his friend home. Would he be better off just transfer? The Honor Code is just not going to deal with him. 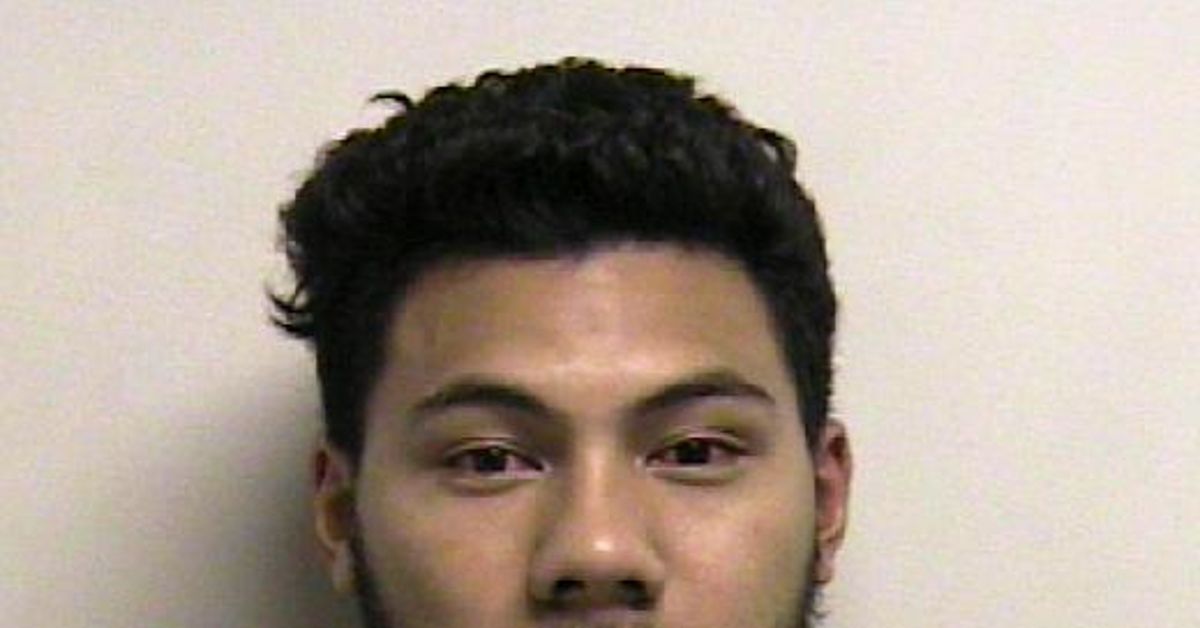 BYU redshirt linebacker Francis Bernard was arrested early Saturday morning on suspicion of driving under the influence and driving without a valid license, according to the Utah County Sheriff's Office.

Marvin Hifo was the passenger and was cited for open container.

This is disheartening. I hope these young men can get their act together. I suspect the one or both of them will move on to another school and that may be for the best.

Marvin Hifo was the passenger and was cited for open container

Okay, look like DN upaded for more info, I didn’t know we have two Hifo - Marvin and Aleva. I couldn’t find Aleva Hifo on the BYU roster. The question here, BYU football team left last Thursday for ECU game and did Marvin go with them or what? What a lousy season we have in all around “1-7, injuries and some players doing dumb things against the HC.”
Sigh!

My understanding from reading is that Marvin did not travel to ECU.

Let me say this. Bronco got a lot of flak for trying to be more than a coach to these men. Thus the comments about a coach focusing on football and not here to be their bishop or ecclesiastical leader, etc. but the reality is that to effectively recruit the right type of young men to the program that will live within the stipulations of the honor code (let alone the law- aka underage drinking and/or DUI) you have to be at least someone concerned with their spritiual maturity and be able to assess it. I think people forget the scandal that existed as part of the gary crowton departure, and it was very indicative of the culture/discipline of the team in general. The “bro” culture is elemental of this kind of garbage. Not that bronco never had players run afoul of the honor code, but when they didnit wasnt tolerated. Any coach that wants to be successful in developing the culture required to recruit and keep the type of players that will be a good fit for byu has to speak to the fact that they have to have discipline in their lives beyond just football. It really isnt that hard for good disciplined men, even athletes that think they’re entitled to deference because of their physical prowess, to live the honor code.