Game against the Gonzaga Bulldogs

Fantastic game! Best game I have watched this year. Great team effort and an amazing come back from being down in the first half. Beat a undefeated Gonzaga who has not lost this year. Kudo’s to the players and the coach’s. Carry this momentum into the WCC tournament!

I’ll be happy if they can carry it to next season. It would be amazing to win the wcc tournament but who knows which team will show up for that?

It was the best game I have watched in the wcc this season. I was just lamenting about how boring the conference was this season and the final game finally brought some interest and excitement back into the game.

There were some pressing, bizarre moments but overall BYU did some good things. Where has that high low over the top lob pass been all season?

Great coaching. We were tired and the slowdown really helped!

Sometimes it is so hard and frustrating to be a BYU fan. But, BYU was AMAZING tonight. Yeah, Haws and Emery still got way too many turnovers but they showed up in the end. Bryant played a solid game. Congrats to Kaufusi for making some key points and rebounds and frustrating Karnowski. Tonight marks the first time BYU ever beat a team ranked #1. Mika had the game of his life! After the first 6 minutes, I thought the blow-out was on. Way to come back, way to play hard and not give up. Like Hopper says, great coaching tonight. The staff really redeemed themselves.

I am about to make a statement that will prove, beyond any doubt, how frustrating it is to be a BYU fan -

Three years in a row BYU has lost to Pepperdine in Malibu yet beaten Gonzaga in Spokane.

That pretty much sums up what it is like to be a fan of BYU.

That was a great game - not without a ton of mistakes and some off shooting - but the effort was well above my expectations and Mika played a fantastic game. That guy has some kind of heart. His two handed block should surely make the top ten plays tonight. What an effort and great play.

Bryant played within himself very well tonight, controlling himself and thereby the tempo of the game and played good defense. Haws and Emery hit clutch shots but also had some truly horrible passes.

Finally Rose made an adjustment that help big time. Slowing down the game by not attacking on offense until 10 seconds per possession help the team breath and I believe frustrated Gonzaga.

As much as I loved Mika’s two handed block and total play tonight, the biggest play may have been Kafusi’s rebound and put back at the end, which took it to a two possession game and really took the heart out of the Gonzaga players. They never recovered from that shock as they totally fell apart realizing that they may actually lose the game - and of course, they did.

Consider the start of the game, this will go down as one of the most incredible wins ever for a BYU basketball team. I congratulate the entire group. Now do they have more games like this in the tank? If yes, this may yet be a fun March for us BYU basketball fans.

Emery had only 2 turnovers. He just crawls in the ground too much.
Haws had no turnovers in 2nd half. He tired out some and missed some shots at the end.
Bryant was excellent tonight.
The defense was the best this year. And no zone either!

We had a glimpse tonight of what Rose was dreaming when he signed these kids.

Fun game to watch. Team stats for the game were almost identical.

Don’t worry He Will for sure be here next year and he should stick around his senior year too. Those scouts were there mosty for a reason to see two other players of Gonzaga.

Don’t worry He Will for sure be here next year and he should stick around his senior year too. Those scouts were there mosty for a reason to see two other players of Gonzaga.

??? How could a scout miss Mika’s domination of the nation???

I know, I know. Those Scouts saw the whole thing of Mika last night and they must be drooling all over him about NBA. But, I or we would like him to stay all 4 years! if he sticks around but if I was him I would go NBA by the heart beat for money$$$ IF NBA tell him he’s an early round pick. But, I am sure they have seen him struggled when those lousy lower feed wcc were doubling him and he didn’t do well. But, what do I know how those NBA look for.

I have just compared him to Sabonis all along and Sabonis was a lotto pick…Mika is more athletic, jumps higher, much more physical underneath and a better shout out to 12 feet. Sabonis can hit a 3 but that is about it.

Stay one more year, hone the game and play for a major Dance push.

Mika is a better player than what I have seen of Sabonis at Gonzaga. And Mika is a natural player and does a lot. The young Sabonis learn something from his dad and coach Few and others.
The other thing about those LP3 guys, they have been around together for a long time and who knows Mika might just want to stay together for another two more years and make it happened “Final 4 or NC.” I know Final 4 is not easy no matter what and it is not always guarantee we get there.
All I care now hoping the whole team will make a run in wcc and we will see where we end up - NCAA or for sure NIT!

One more thing about the Sr and Jr Sabonis. We saw Sr Sabonis from Russia that he was big and strong great player and did well for Portland. He was a natural player but the Jr Sabonis was so so to what we saw him in college. Today I really don’t pay attention how this Jr doing in NBA and is he really worthy to play in nba?

He is a starter if that means anything

You mean every Rookie doesn’t start immediately in the NBA?

I didn’t know that. Well good for him with dad help.
I still think Mika has a way to go as long he gets all the tools he needs from nba coach. He will be back next season for sure It wouldn’t hurt that he could take a peakt this summer with nba to get some resource for next season and nba future.

That goes to the heart of the matter!! 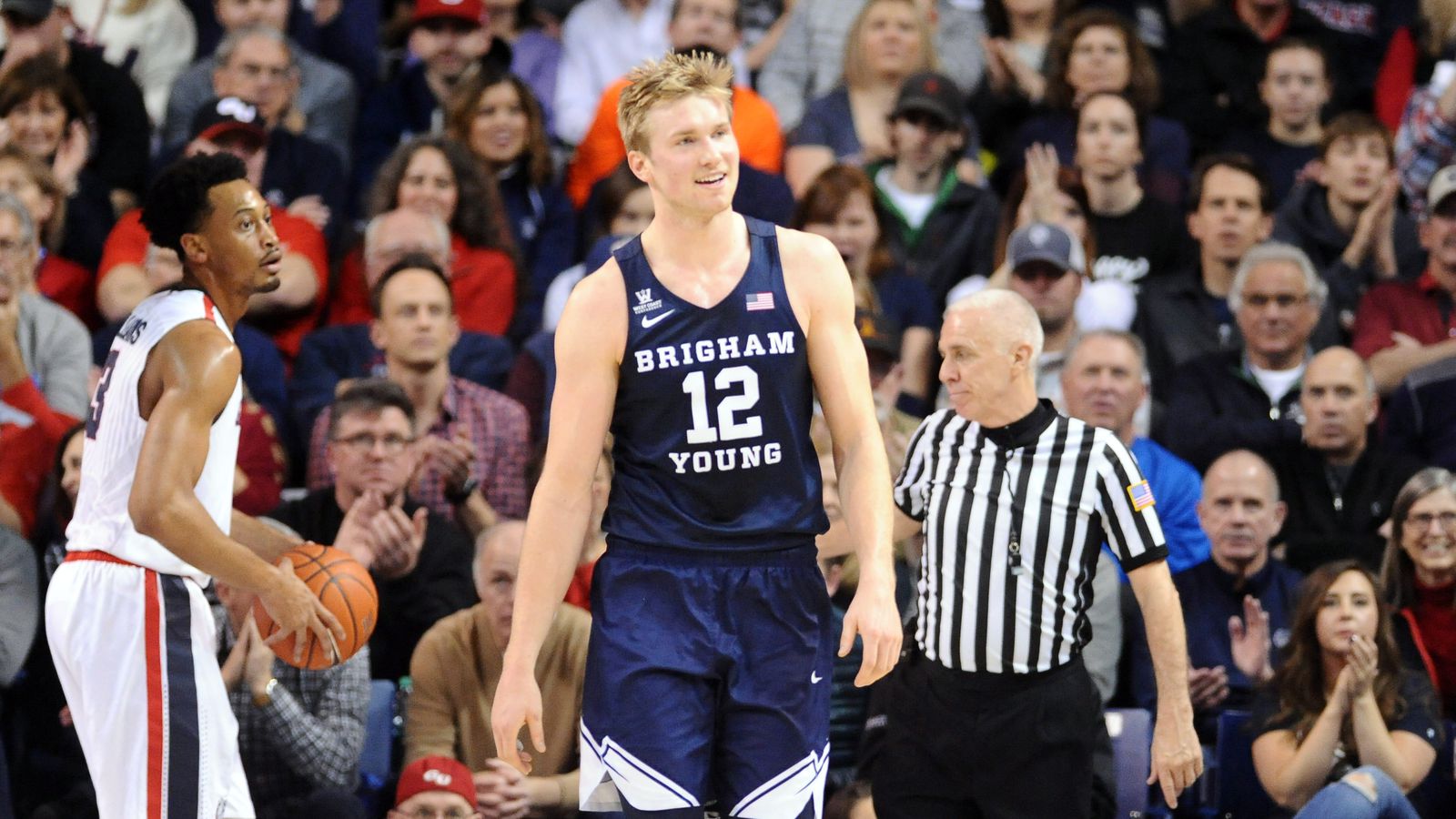 Eric Mika is the new public enemy number one

In the storied tradition of Omar Samhan, Matthew Dellavedova, and now you Mr. Mika...