HAPPY COLUMBUS DAY, or indigenous people's day if that is what you prefer! 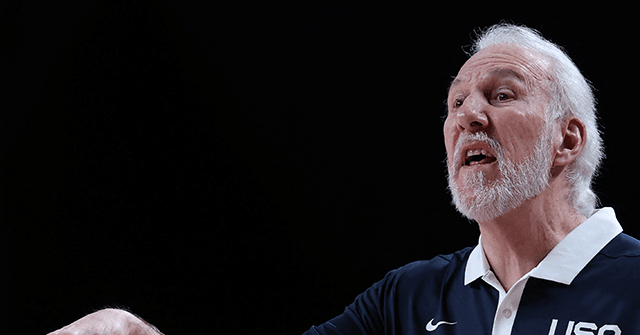 This is one of many reasons I don’t watch the NBA anymore because this jacka$$ Popovich isn’t too atypical of coaches in the league. I used to think Phil Jackson was a PC fool but Popovich has him beat. He is a great coach but a tedious woke progressive who needs to keep his mouth shut about political matters and quit making a fool of himself to those of us who don’t buy the PC garbage.

Comparing Columbus to Hitler is the type of stuff you expect to hear from Jesse Jackson in a DNC speech. This is the type of stuff that causes me to completely disrespect the left and question their critical thinking skills. Incidentally the Book of Mormon contains a prophecy about Columbus and his own words indicate he was guided by the Holy Ghost in his voyage to the Americas. I hope Greg enjoys Indigenous People’s Day and maybe he should think about the fact that if no Columbus then maybe no USA and maybe no basketball. Maybe he would be a soccer coach in Eastern Europe somewhere.

Columbus’ words:
“From my first youth onward, I was a seaman and have so continued until this day … Wherever on the earth a ship has been, I have been. I have spoken and treated with, learned men, priests, and laymen, Latins and Greeks, Jews and Moors, and with many men of other faiths. The Lord was well disposed to my desire, and He gave me in abundance, of astrology, as much as was needed, and of geometry and astronomy likewise. Further, He gave me joy and cunning in drawing maps and thereon cities, mountains, rivers, islands, and harbours, each one in its place. I have seen and truly I have studied all books–cosmographies, histories, chronicles, and philosophies, and other arts, for which our Lord unlocked my mind, sent me upon the sea, and gave me fire for the deed. Those who heard of my emprise called it foolish, mocked me, and laughed. But who can doubt but that the Holy Ghost inspired me?”

10 And it came to pass that I looked and beheld many waters; and they divided the Gentiles from the seed of my brethren.

11 And it came to pass that the angel said unto me: Behold the wrath of God is upon the seed of thy brethren.

HAPPY COLUMBUS DAY!!! I had forgotten it was today until I read the article. Teach you children and grandchildren the truth about Columbus. He was a tool in the hands of God even with his human weaknesses.

It’s typical of liberals to judge people in history based on our present day knowledge, laws and basic scientific understanding. Columbus didn’t wake up and decide to travel to America to kill off 75% of the America’s with VD’s. They do it with the founders of our nation too.

Great read, Reed.
I would not be enjoying this great rocky mtn. fly fishing if he had not sailed out here.

Yeah, stick to basketball Popovich. He fails miserably to recognize his own good fortune as a result of his ancestors decisions/choices. Oh and by the way… the Spurs stink.

That would be a novel idea for pro athletes and coaches to stick to sports and stay away from politics. Some of them have this silly egotistical idea that what they actually think about these things matters to the average person In fact what it does is cause a lot of us to tune out athletes and coaches who aren’t all that informed about history and civics and make fools of themselves by being tools of the pseudo-intellectual left.

We don’t watch sports to have social justice causes shoved down our throats. We watch them for diversion and entertainment.

I don’t watch the NBA or the NFL because of all the shenanigans that are pulled by the leagues, the teams, coaches and many of the players. You cite good examples.

We don’t watch sports to have social justice causes shoved down our throats. We watch them for diversion and entertainment.

Nailed it, right on!