Holker leaving the team per D-News

You doubt but don’t know. Again you make judgements on so little information and view it through your own lens. Unless you are 22, 6’6” 250 and a college athlete in a similar situation you shouldn’t pound on his decision
But you will….

Some people simply smell a rotten fish when it’s in the room. Others play with it for a while and expect it to change…

Certainly creates questions when a player leaves during the season. We had a basketball player that left due to mental challenges during the season. I’ve never said he’s going to live with Satan. I’ve stated that if it’s not due to a mental issue then it is a selfish issue. You can make your own judgments then.

Not to be judgemental but both of these can be signs of mental health issues. It is an epidemic in this country at the present time… between the homeless population and the plandemic, along with zero immigration policy, crime becoming rampant, etc. I think we are ALL dealing with mental health issues right now. It’s how the left is trying to gain control.

Hard to tell if the society breakdown is mental illness called insanity or people who have fully accepted evil. But, depression is real when top athletes cannot handle the work it takes to be the best and not able to handle the elite competition either. Holker’s situation smells of this. It’s unfortunate as well.

Not to be judgemental but both of these can be signs of mental health issues.

In a very broad since of the word “Mental Health”, Personally I think it has something to do with the lack or decline of parenting skills. It seems that parents today do not teach their children how to deal with failure, instead they teach them that they are “Victims” of someone else actions.

My wife who is Elementary Educator and I talk about this subject a lot. When the kid fails in class because he does not do or turn in his assignments, his parents blame the teacher, not the kid.

I can see where the lack of parenting can lead to mental health issues like suicide or drug abuse.

What I see as the outcome of homelessness, pandemic, crime or whatever else comes back to the same thing, Parenting. I don’t know how it is in California, but here in Utah Parents buys these big fancy homes for their children to raise their kids in. They have all the latest toys and nice clothes. They were “Entitled” to these things and looked down on people who didn’t have them.

Jim, we both were raised by parents who taught us “Work for what you get”, when hardship comes, buckle down and work through it. Which like me, I believed you taught your children the same thing. I don’t see those same values being taught by the younger generation as a whole. I do see a lot of entitled kids in my neighborhood though.

So being trained to be “entitled” a mental health issue? Not sure, I think it can lead to it, but it is very interesting thought.

Glad to see we are now on the same page. However, what is bad parenting skills? Didn’t know giving birth comes with a manual. Ya, there are books and this and that. But, the real challenge with parents is the decline of morals and now, science. Godly truth is missing. Political ideology by the left (embraced by the Democrat Party) has confused parents. There now is no right or wrong and this causes anxiety and depression in kids and young men and women. Confusion is creating profit for the tyrannical Democrats.

I don’t mind any of the reasons you give for Holker’s leaving except honor code. While all are valid reasons for his leaving, honor code questions the player’s morality and such accusations–no matter how innocently presented–should be avoided.

Should be but it’s part of the BYU experience and challenges not found at most other schools where their science tells them men can have babies and the ultra sound machine is making the heart sound and not the fetus.

The latest trend and probably something that has been going on a lot longer than just “lately” is to lie or make up whatever you want to serve some purpose you have in mind. There is no accountability or responsibility for telling the truth. Also, twisting what someone says, when it is the truth, into something different than what was intended is also a popular pastime.

There is no right and/or wrong anymore, only opinions and if you yell and scream your opinion louder and more violently than someone else, you win. It’s a very strange world we live in.

Seems like the second coming must be coming sooner than we think but I have heard that before as well.

This TE issue has an interesting side note becoming an issue in the BYU program. Yesterday BYUtv evidently had an interview with Dennis Pita. I haven’t watched it but the conversation has ignited a firestorm inside the football program. Pita is probably one of the best TE’s to ever play at BYU and without injury he was headed in that direction in the NFL. I am going to find the interview but I was told that he laid into the BYU offensive coaches while he was at BYU to be inducted into the Hall of Fame. But I am of the opinion that the TE’s are completely under used at BYU. We have 2 NFL guys and they will be taken right out of game plans by BYU coaches who don’t know how to use them correctly. So I am not going to get into the kids or parents wishes but if you are a good enough player to play in the NFL you should be utilized more than BYU is doing it! Holker is a very good TE. He didn’t blindside his coaches he simply put them on notice that the TE position isn’t being used correctly and that Oregon could be dramatically limited in stopping BYU if the TE was used correctly. I am not in favor of him leaving the team but i am in favor of listening to him and evidently Dennis Pita really laid into them while he was on campus.

What I have in my life experiences is that people want the truth as long as it does not concern them, or their opinions.

Telling the “truth” is highly over rated and especially in our chosen faith. People do not want to hear the truth, as Jack Nicholson “They can’t handle the Truth”

Let us know when you find the link to what Pitta said, I would be interested in looking at it.

Good grief! He pitta was on BYU Sports Nation Friday. Watch it there. He didn’t rip into anyone really. He did say the TE has to be used more. This doesn’t change the fact that Holker quit on his friends and team in the middle of the season. That’s cheap. 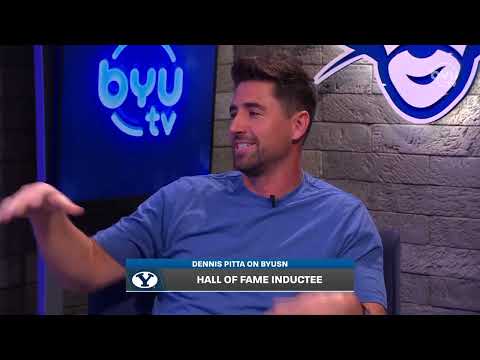