Just saw one of the greatest games in NFL history

Maybe they both go hand-in-hand? He was in a position to help others the way he can because of his accomplishments.

Yes people like Brady or John Cena who has amassed great wealth has done a lot for other people less fortunate, I know a lot of people who have done wonderful things for other people that never made a lot for themselves (financially). Thus my Original comment.

Give you an example:
There is a guy that lived in Anaheim that was converted to the church through my wife while she was on a mission. This man owned a restaurant, He was so dedicated to the gospel that when he saw a homeless person sitting on the side of the street, he would stop, take him to his restaurant and feed him a meal free of charge. He did this with people he met who were having difficult times as well.

He use to order a case of Book of Mormon each month because he gave out so many (with his testimony in it, of course).

Great man and good friend, he is now helping those on the other side of the veil.

Cooper Kupp. FCS University of Eastern Washington. Including the playoffs he has something like 160 catches for 2200 yards and 20 TDs. He should win NFL MVP and it’s not even close. No WR has ever done what he has done this year. All time records for receptions and for yards. And EVERYONE knows they are giving him the ball but no one can do a thing about it. And those are not cheap receptions at around 14ypc.

I’m not a Rams fan but MAD respect for Kupp. He is amazing.

I was rooting big time for Coach Reid and happy they won. But wow what a game! This game displayed some of the worst plays ever by DBs (however, Dirty Dan Sorenson had a VERY solid game with 9 tackles and got burned zero times in coverage). I loved Allen’s last TD pass where the WR did a very small outside fake and then to the skinny post, and the DB literally fell down to the ground…all-time DB blooper reel…

Gut tells me that LA is a Super Bowl team. Their pass rush is freakish. Adding Miller and having O’Dell Becham made them a SLEEPER.

Do I have to write a separate on finger foods?

Love me some wings only I cheat, We use drum sticks instead, 1/3 the price, better handle…in BBQ with Kickin Chicken spice and a good buffalo with HV Ranch.

My wife is from upstate NY, the Holy Land for wings…we buy the frozen wings at Costco (she likes the drums, I like the flats…don’t ask me why because IDK). She makes a homemade upstate style that is mind-blowing. She says she just uses Frank’s hot sauce, brown sugar, butter, and a little water, and brushes it off like “it’s no big deal, I just throw it together,” but I swear it has some secret ingredient because I’ve never tasted better, and every time I taste that sauce it makes me fall in love all over again…

i put that sh_t on everything

Why would you get a shot of vaccine for food?

You wonder now if Buffalo should have kicked a squib kick to get some time off the clock before Mahomes got back on the field.

Absolutely they should have. It is weird how mistakes like that are made at the highest level of pro sports. As for the biased officiating, the Rams are so often on the benefitting end of officiating calls. Remember a few years ago the play where they New Orleans WR got blasted near the goal line, clearly before the pass got there? That was the Rams. 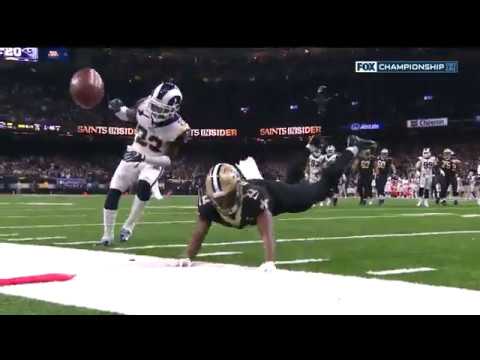 The Rams will get calls this week against San Fran, who has beaten them 6 in a row. Wait and see. The NFL wants the superstar, bought team to win.

Again, it’s fair because you have a 50-50 chance of winning the toss.

the coin toss is fair, but that is not the point. The point is what comes after that because while the teams tied, one team has a distinct advantage when they win the coin toss.

I know that will be difficult for you to understand but please try.

It’s still all fair. Each team has an equal chance of getting the ball first. It’s not about fairness. That’s for WOKness followers. As I’ve said, I’d like to see changes made and simply play the entire 10 minutes and whoever is ahead wins no matter who wins the coin flip. For playoffs, do the same but if another tie occurs then do what college does only from the 40 yardline.

Translation: It’s fair. Both teams have a 50-50 chance of getting the ball.

I no longer watch NFL games anymore because of many biased behavior from referees and NFL commissioners.

I do remember about the no call from LA Rams against NO Saints A referee was at the BYU basketball game and I remember BYU fans booed him because of that game rams versus saints.

Translation: It’s fair. Both teams have a 50-50 chance of getting the ball

I no longer watch NFL games anymore because of many biased behavior from referees and NFL commissioners.

I generally don’t think that the officials are biased, I think some of the rule changes made by the NFL competition committee has favored certain positions on the field (Mostly QB’s and receivers).

I will say the quality of officials in all sports have gone done over the past few years, but that is true across the board from youth sports to the pro level.

This why I think you are seeing the instant replay more and more of these “blown” calls (both bad calls and missed calls).

In Utah, they are begging people to be officials for high school sports, the two I do (Football and Baseball) have a hard times covering all the games.

Remember a few years ago the play where they New Orleans WR got blasted near the goal line, clearly before the pass got there? That was the Rams.

I subscribe to a officials magazine that has a lot of articles about the process the NFL uses to judge how an official does his job on the field. These people who are reviewing the games are former officials themselves, who have been through the fire so to speak.

The back judge that blew that call, is no longer officiating any playoff games.

I’d like to see changes made and simply play the entire 10 minutes and whoever is ahead wins no matter who wins the coin flip. For playoffs, do the same but if another tie occurs then do what college does only from the 40 yardline.

Really silly analogy that has nothing to do with any of this. Unless the coin is a trick coin if some sort giving the edge to one team. Or, the referees are corrupt and somehow call the wrong face up. Also, in elections, it’s rarely a 50-50 chance. There is no chance in politics. It’s all controlled and calculated.

Again, both teams have equal chance to get the ball first and agree to the process. What happens afterwards is the question whether it’s fair or not. And since your reading comprehension is so poor, I won’t say again that I’m for changes making it fair Siri the 10 minutes.

Better than it is now. I’m sure there will always people who believe the coin is a trick coin. So, let’s hear your plan?