More changes to the coaching staff 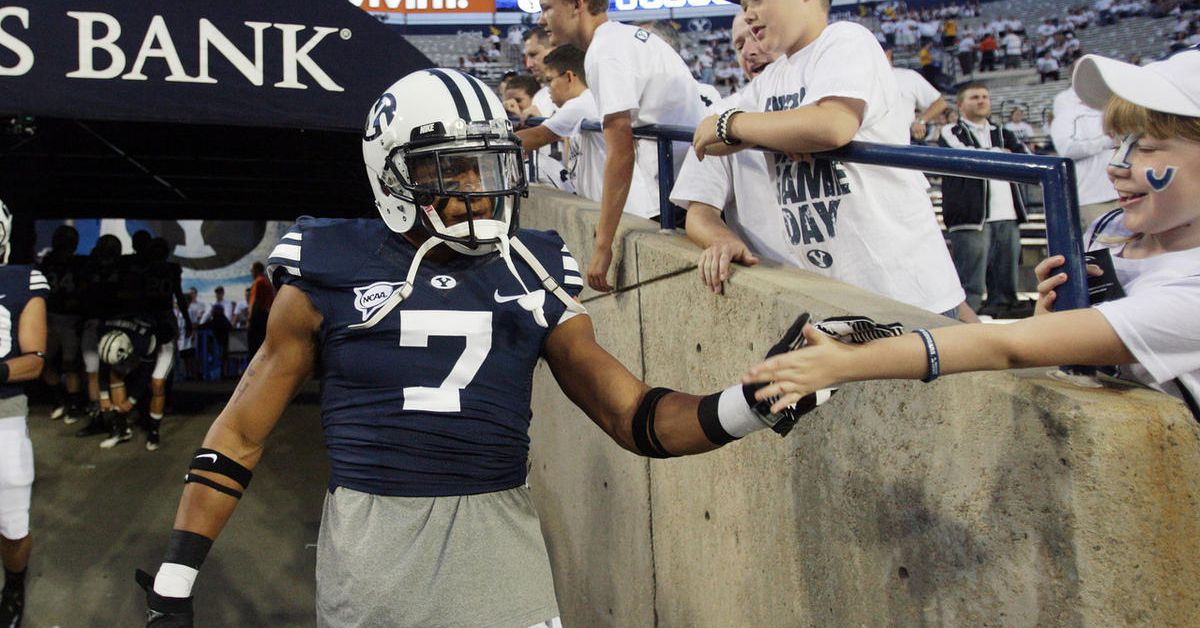 BYU coach Kalani Sitake announced Friday the hiring of former Cougar defensive back Preston Hadley as a safeties coach, while longtime defensive coach Steve Kaufusi has stepped down "to pursue other interests."

Kaufusi who is probably the best coach on the defensive side is leaving to “explore other options”… TRANSLATIONS: He was asked to resign.

Why can’t schools be honest? Why do they have to spin it so BYU does not look bad for firing coaches?

Or, rather, he was given the option to resign rather than have BYU announce that he has been let go. Usually, people being let go would rather say they are leaving an organization as their decision rather than saying they were fired. There is nothing here that indicates BYU is “spinning it” so they don’t “look bad for firing coaches.”

Maybe he’s ready to do something else unrelated to coaching.

Yes, that would have been a good idea for you early on…

That’s my thought as well. His wife is mayor, he’s been coaching forever, he’s made plenty of money, and his sons are older. If he wanted to stay on, I’m sure he could have.

It would have been nice to have more details but it seems strange he would have been fired because the D-Line hasn’t been a problem. I will choose to believe he is just tired of coaching and wants to do something else.

I had good success at a head coach and assistant. But, I’m sure you you refereed too long based on the games you did for me

I am not sure how a plethora of coaches leave all at once. Especially defensive coaches after the defense had a better year than the offensive side of the ball.Yes, BYU went 4 and 9 this past season. But how is it that generally it is assistant coaches who go while the HC survives a very failed season?
I am not saying that perhaps Kilanie Sitakie the HC should necessarily be fired.A bad year comes every once in a while.
For one thing it is beginning to appear that the BYU independent schedule is over loaded with too many tough teams. Perhaps three P-5 teams with winning schedules is enough for BYU in any given season. Or maybe BYU should seek a new good G-5 conference to join with with terms similar to the ESPN indy deal, i.e. BYU getting to replay games on the BYU channel and similar financial terms as the ESPN deal. This can be worked out with a conference and TV networks. I can envision BYU making a say, six game G-5 schedule with a conference like the AAC and then playing three P-5 teams and other non-conference teams on the schedule. Or BYU can look for a G-5 conference with similar terms as the ESPN schedule and monetary terms. I can also see BYU seeking to join another G-5 conference in football, basketball, and maybe women’s volleyball. Just some of my thoughts.

In a recent Deseret News article that mention “Coach Kaufusi was not retained”… So I think BYU is spinning that they told Coach Kaufusi he was being removed. The only good thing about the defense over the past couple of years has been the defensive lineman under Coach Kaufusi.

That is true, but last year’s defensive line suffered because of the switching of positions. I believe Coach Kaufusi could have done a better job as Dl-Line coach than the DC did.

I agree with you on the current DC and think his time might be limited. I just don’t think he is very good.

Don’t know what it is but something is not up to snuff with Kaufusi leaving.