New Rule changes in the NFL and MLB

After watching the NBA playoffs, the brass in the NFL is going to change football officating, you will no longer be able to tackle a “star” QB, because “no one wants to see a star get hurt”

In baseball they are changing the strike zone for “star” players to 12 inch by 12 inch, because “no one wants to see a star player strikeout”.

This is why I stopped watching the NBA, the league and officials have given preferential treatment to the stars, the logic is no one wants to see the stars foul out…

I do not care if officials make good or bad calls, as long as they are consistent and fair. but to watch James Harden last night foul Donavon Mitchell, which led to an injury and “no call” made. Makes this official sick to my stomach.

I can see the same issue in baseball’s strike zone.

If that is the case no wonder we don’t see many younger players don’t get much playing time and fewer draft players. Those star players stick around too long in those leagues. And I have too lost interest in Pro Sports, except playoffs and championship game (not all of them).

Donavan Mitchell got step on too many times that really bugs me. Sure look like Oklahoma Thunder tried to break his foot and same with Houston Rockets. Those vetran teams were getting special treatment like I seen many times in past. I don’t like showbiz in those leauges.

Donavan was fun too watch.

Did you read this one of Steph Curry as a 10 year old boy watching this game 6 of the Final Jazz vs Bulls. He said looking back when he was just a kid: “So I was kind of hurt,” he added. “I loved Jordan, but Bryon Russell was one of my guys and I was hurt that it had to be him. He definitely pushed off, though.” 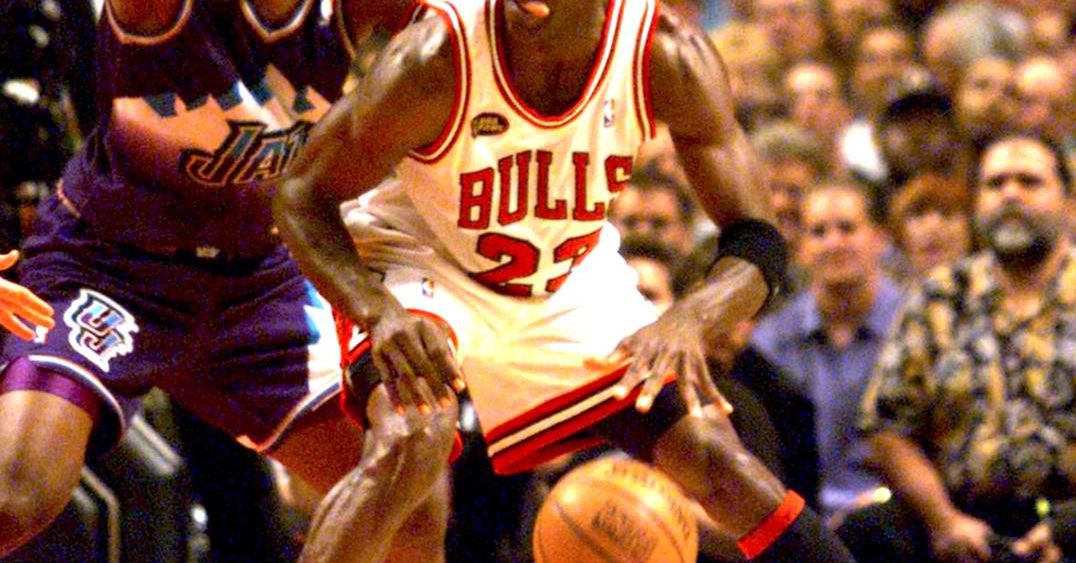 Russell currently lives peacefully on the outskirts of Los Angeles with his wife and three kids while running a private business in the area. He hasn’t formally asked to see his jersey elevated, but feels he’s deserving.

Star players back then and today has been the same always in all sports. It does ruin the way sports should be and nothing will change. Which is not right.

And lastly, B. Russ wanted his jersey retired along with all those great players at the Delta Center Rafter? Well it is not up to the fans or miedias which players and some important person (LHM) should be hung up in that building. Did Jeff Hornaceck belong there? Well I don’t know but he was fun to watch.

It’s the same way in just about all professional sports and in big time college football and basketball. It’s P-5 vs. the little guys. It’s Gonzaga vs. the rest of the WCC in basketball.

Why do you think they went to the strike zone box on TV? Umpires are now judged by the league for consistent strike calls. I know of one MLB umpire demoted to the Triple A league for calling too many strikes outside the box.