Now about that 5 year extenion

Rose has done here at BYU what no other coach has in history. He has the highest winning % over his tenure so what does the future hold?

Are we seeing a one year drought of low post talent or is this our future?

We are having a serious drought here in socal. The rain seems to be falling up north but not here.

I think the talent is there, it just isn’t falling in Provo and what is there isn’t being developed and utilized.

Mika was the man from day one because everyone knew what they had with him. This year it’s like the coaches have no idea (Worthington) and even when they do (Nielsen, Kaufusi) they haven’t given that talent the time necessary to develop quickly enough to make a difference.

The fact that BYU has bounced around with more than a dozen different starting lineups and erratic combinations/substitution patterns for the team shows that they still don’t know.

Again Hawks, you nailed the problem. Someone said that now that Rose got his extension, what will Pope do? Will he move on?

My question is…If Pope is so good a big man coach, why are we just now seeing the lineups that we should have seen in the 1st month of basketball? In my eyes, the big man problem rests solely on the coaching. Does Pope have Dave Roses’ ear or is does Rose have a little Bronco in him?

And how about the new Practice Facility, new Video Boards and Upgrade Lower Bowl. Removing the road between the MC & Broadcast Center to make way with new practice facility. Good move. 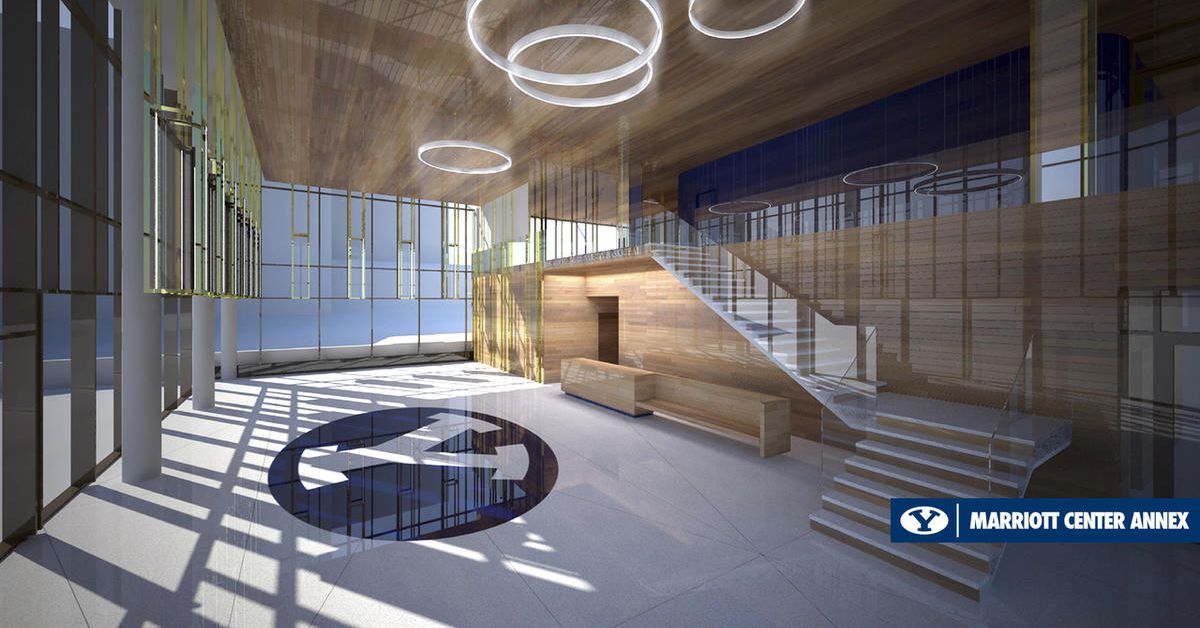 The upgrades include new video boards, new premium lower-bowl seating and undoubtedly most prominent, a Marriott Center annex that will house a practice facility for the players.

There is the possibility that Rose has peaked about a year and a half ago. My theory is that all coaches have so many games or peak seasons in them. Then without major changes their time is done. 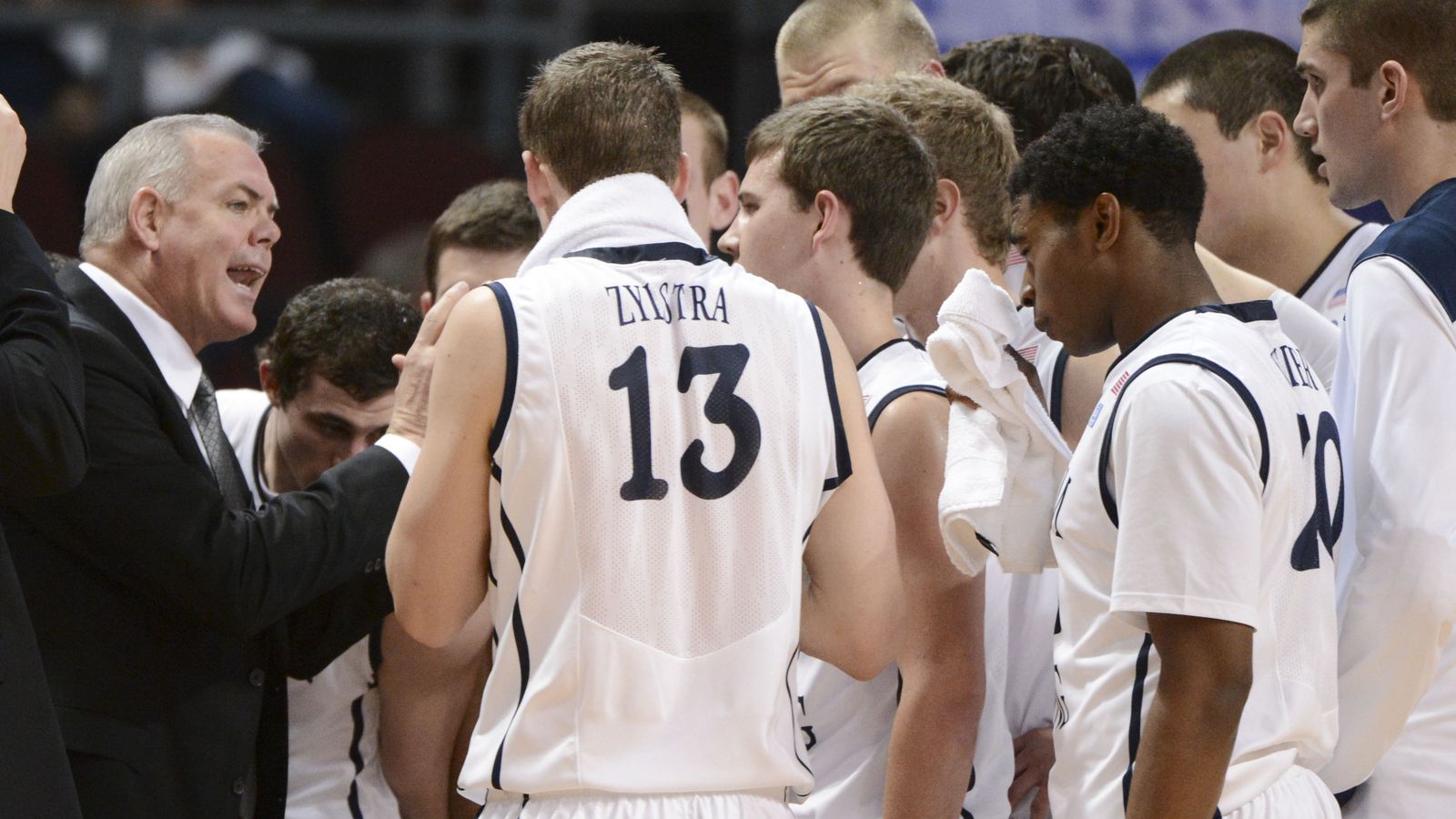 Coaching is more than just a one-man show

Much ado has been made about Dave Rose's new contract, but is the success of the basketball team related only to one man?

I hope this article is true. I hope it is only learning and growing. I hope they are able to fix the mistakes and problems.

I really would like to see the team be a little more diverse with regards to the makeup of the team and where they are from and their basketball experience.

That would be a good thing.

So when is the last time that BYU has won a conference regular season title? Wasn’t it 2001 in the MWC? Correct me if I am wrong. Yes, Rose’s teams have a string of twenty win seasons. But they play more games almost every year. In my day at BYU when Stan Watt’s was head coach, he won 20 games with a 25 game regular season. Aren’t we getting to 35 or 40 games in a regular season these days?

The BYU men’s bball team turned it up a lot in this weeks games vs. St. Mary’s and UPAC. The rebounding has been terrific since they brought Sharp in and even Kaufuisi did very well on the boards and in scoring tonight. The Cougars diled things up this weekend for sure.

It seems we all need to get the vernacular correct around here. I think I have a handle on some of them:

The sarcastic humor is funny but doesn’t have much of an accurate base from which to draw on. Here is a more accurate, albeit less humorous analysis of what many of us have noticed over the course of the season. Feel free to rebutt if you so choose.

You make a legitimate point and the sarcasm is funny, but some of the things that have been questioned and left some of us a bit confused this season are certainly legitimate. If you don’t recognize that then you aren’t seeing the big picture.

Good response Jim’er. I understand we want more. That is our right as forum fans. Well, somethings things don’t work out but sometimes they do. The lazy recruiting of Haws, Emery, Collinsworth and Davies has be more than just OK. Others have not. Who knows about the future boys. Lots can change but the LP kids were amazing against some of the best teams in the country and the did it in their gyms. That has to count for something. We were justly proud of them, right? And they are the BYU demographic. Are their others that might be good too…say like Jimmer that magically appeared at BYU in spite of lazy recruiting? Yes their probably are. Are they and their families and coaches making an effort to be known to BYU? Don’t know. In fact we don’t know most of what goes on in recruiting except the kids that go to KY will not come to BYU. Jabari was highly and non-lazily recruited but BYU can rarely compete with the likes of Duke.

I contend that if you only get 3 minutes of 30 seconds on the floor you better be GREAT or else you might not get another chance. Yes, that is a lot to ask but the other guys ahead in the line did something to please the coaches in order to get their longer leash. However I reject the notion that if they play amazing well in their limited opportunities that the coaches will totally ignore that. Did Sharp finally play really well a few games ago and got to stay in the rotation and then has started since? Yes their are others that looked better last year than this year…kinda sad but that is a personal problem mostly in my opinion. Did Haws and KC improve their games as a matter of personal pride and effort or do we blame their success on the coaches as well as Worthington’s lack of success and do so equally?

I think we have all been disappointed we can’t seem to get anything but bean poles and that those bean poles are often not so great. But wait…bean pole Sharp has been great lately.

Jim…I see your points and do enjoy a good bit of sarcasm. Thanks for noting it for what it was and letting me provide some alternate views.

The worst example is Worthington. Rose actually said that Luke was holding down the inside for them. What?

That has to be one of the worst statements ever and was nothing more than poor justification for the lack of interior anything, offense or defense. Nielsen produced in limited minutes on several occasions but it didn’t change his future playing time. Kaufusi had his moments but was less productive with more upside and played less than Luke but more than Nielsen. Let’s be honest, the PT decisions rarely paid dividends, hence they were weak.

The offense had lots of shooters but lacked athleticism and defense. FB4 rode the pine, Sharp rode the pine. Now they play and all of a sudden BYU looks inspired, plays defense and has some athleticism, something that has been missing for 25 games.

You have to be able to see and recognize that. Oh yeah, that and being swept by Pepperdine…

Worthington is clearly the worst and almost only real problem. Nielsen was just OK and so was Kaufusi. They had moments but were not consistent and solid but I agree I would prefer them to Luke who probably did on a little too long.

You have to admit Sharp was not sharp and FB4 was not exactly awesome earlier. They are both playing much, much better and inspired ball. How was Rose supposed to know they would suddenly become inspired? I was very disappointed in FB4 this year. He looked like he regressed on the court earlier in the season but he has come around.

What about Andrus? He had one really encouraging game and suddenly he was our savior at center. One game for goodness sake. Did everyone forget his lost puppy impressions earlier in the season.

I don’t know why Halford had such a long leash. I wanted him off the floor earlier but turns out he has developed fairly well but there just is not time to give everyone on the bench 20-30 min each game and develop them. The coaches have to pick their horses and let them run a bit.

I am just saying people and circumstances change. Past results are not guarantees of future results and current results does not mean past performance was better than it was.

Gary, some of the best observations posted, sarcasm or not. With Sharp in there, all of the sudden BYU is getting 10 offensive boards a game. It is like he has shown the way and the others (Kaufusi et al…) are saying, “So that’s how you do it”.

Experience almost always trumps talent…This is the case of Halford, Sharp and 4. I am also guilty of thinking that Halford. and Sharp would have little impact with all the talent coming in at the 1st of the season.

Pepperdine who, not with our new found inside play.