Pope has his assistants announced

Salt Lake Tribune by Monson on the Cougarfan site 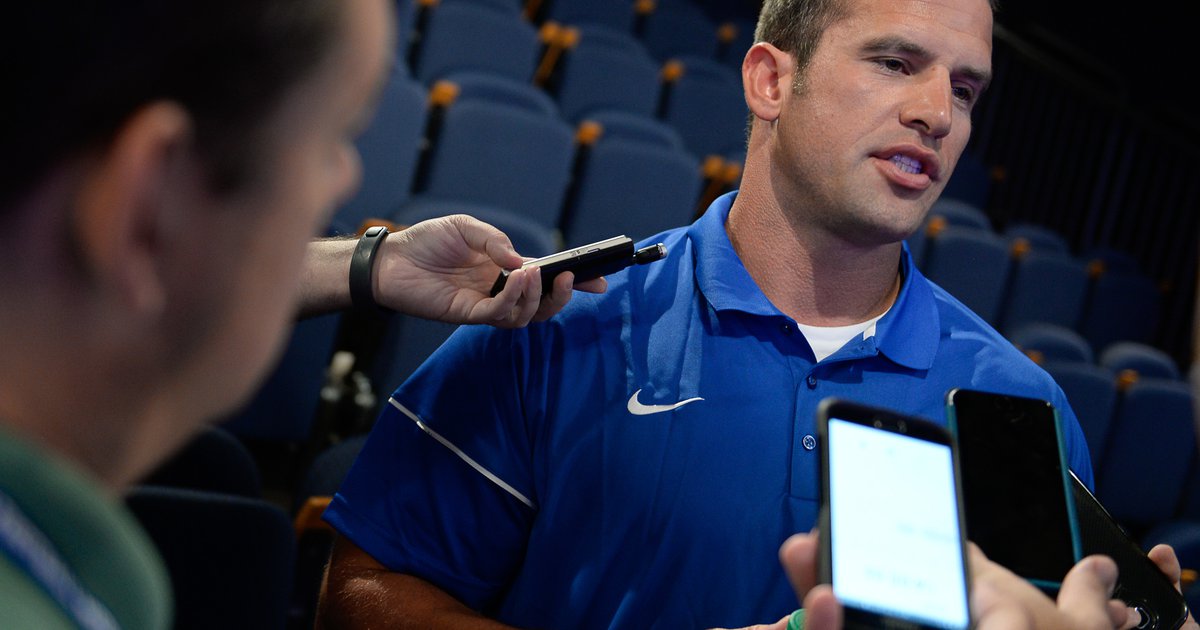 Monson: Why Luke Staley may ask for his retired number to be removed from...

When BYU retired Luke Staley’s No. 6 in September 2017, the greatest running back the school has ever seen, a first-team All-American and Doak Walker Award winner, was thrilled.

Watched the Portland/Denver game last night. Slugfest for the ages. rooting for Lillard of Weber and ex jazz players for Denver, paul milsap stud, Hood for Portland wins the game. Crazy game that went 4 overtimes. Gonzaga is well repped with Collins.
So why does Gonzaga win the WCC every stinking year? Jim? They have NBA talent every stinking year. Watch the game. I love the playoffs and the lack of refs. interfering in games.

Why would we believe what SLT of Gordon Monson say? I also find hard to believe that his daughter dating or I think she is engaged to one of BYU player. Anybody know about that? Maybe it was from my dream.

Agreed 100% HC is fine-change how it is implemented. I liked the reference to Lavell Edward’s. He took care of his players and Sitaki given the chance will too

I was working at the Temple when she got her endowments.

There’s another brownie point to he celestial kingdom. Is your arm long enough to pat your own back

Just asking because I faced this shortly after being baptized at BYU.

I am not like you Scott. If you remember I posted about it previously.
Dip was!

What if the player hadn’t shaved, what do you do? Or for heaven sake he was caught drinking a real fully loaded caffeine drink?

Ask you questions, you get stupid back.

Just asking because I faced this shortly after being baptized at BYU.

So, what’s the answer?

My father taught me a valuable lesson early in life “If you bantie with an idiot, you become an idiot”.

My answer is simple: What would you do in a normal situation (NOT at BYU)? you contact the Bishop for direction.

NOT the Stake President, Area Presidency or Church Headquarters

Actually, probably should raise hand in the opposed. I didn’t do that. But, that would be the correct answer.
So, at BYU the method for repentance is to not talk with the Bishop? I suppose the correct answer you would say is talk to the coach?

No, the correct answer students should talk to their bishops about what to do when they see some serious issue (like what you mention) happening, not report them to some BYU administration group.

The Bishop then works with the “Sinful” person to figure out what is the truth and the best method to deal with the issue.

As for the “Law of common consent”, it does not matter if you raise your hand in opposition to the calling, the person has been called, we are just saying we will support that person in that calling.

If there is a serious issue you know about, you are supposed to go to the calling authority (Bishop, Stake President) and talk to them about the what you know.

Policies change in the Church, not Doctrine. In the late 70’s, I was taught to raise the hand during sustaining.
BYU and every other private college can establish moral rules. People keep saying BYU is not the Church. So, it BYU doesn’t want students who are not heterosexually married having sexual relations, then that’s their decision. Being owned by the Church then I don’t have a problem with the HC. I do question the policy to force a bishop to tell a privacy issue. But if the HC finds out they have the right to discipline.

I don’t have a problem with the HC.

There in lies the issue… Most people who are voicing their concerns about the HC, don’t want to do away with the HC, in fact, most of them want to keep it as it is…

The issue is “How” it is administrated… They want it to be more in line with what President Nelson is advocating in several of his recent talks do it with “Love, Kindness and Understanding”. BYU’s H.C. office punishes people like they are the Pharisees of the New Testament times, harsh and only by the “Law” no mercy.

Is the punishment not equal to the crime??? 117 days before kick off. Let’s discuss the major questions about crime vs punishment. Which one do you think is most improperly punished?