BYU appears to be set at RB with the addition of Aidan Robbins While he is not as “tested” as Brooks, He looks to be a straight running 230 lb truck to stop once he gets going.
BYU Lands Running Back Aidan Robbins from Transfer Portal (msn.com)

We are definitely going to be better at RB. I say that because I am convinced that Ropati is going to be something special next season. That Bolling ball is elusive and never losses yardage. Imagine a 3rd and 3 with Robbins blocking for Ropati. Gone are the days of sending Katoa, who drops at the first touch. Should double our 3rd and 4th conversions right there.

Robins played very very little in three years at Louisville before transferring to UNLV. That’s a red flag to me. Ihope we get another running back with better credentials.

Remember Allgeirs and what people were saying about him. With the right coach and line, who knows. We will be deep at RB. QB competition should be interesting…

Maybe Sol Jay turns into a RB. That’s a possibility. The throwing motion was a bit weird for 3 years in the program.

Note that out of HS Robbins had at least 24 offers, including:
BYU
Cincy
Kentucky, Missouri, Ole Miss, Vandy
Etc.
It’s not often BYU gets a RB–or ANYONE–with at least 4 SEC offers out of HS. Maybe he was hurt, whatever, but he graduated in 3 years, meaning he’s a smart, focused kid, and he’s giant 6’3"/230 and can outrun safeties, so there’s that too…I love the signing.

My wife and i are serving a mission in El Paso. A friend in our ward here works with with the dad of LJ Martin, the Stanford commit rethinking it now that the coaching staff is changing. According to the dad, LJ was super impressed by his visit to BYU and by Harvey Unga’s visit here last week. My friend’s impression is the BYU is the frontrunner for this kid after the visit. He’s a high 3 star, 6’2" 205 lbs and both fast and strong w/multiple P5 offers.

BobH, thanks for the scoop! 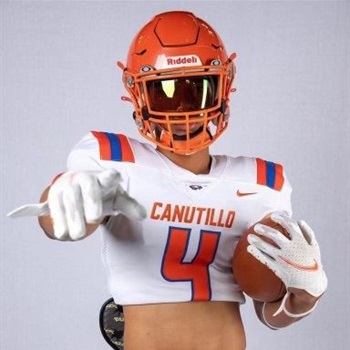 It looks like Canutillo plays in Texas 5A, which means he probably has played against a lot of good defenses. I was a HC for many years and have watched hundreds of hours of film, and here’s what I see:

Offers from many P5 schools means he’s a player. Is he LDS? Would he flip his commit.
I’ll add this: my family was a committed Stanford family from the 40’s until the 90’s when Stanford changed from a “normal” high-end academic institution into some weird, extremist breeding ground. I have always followed and rooted for Stanford football. My brother has had season tickets since he played varsity rugby for Stanford in the 70’s. I was accepted in 1984 and fortunately went to BYU, my “backup” plan, just because BYU offered me a scholarship and Dad–although he could have–wasn’t handing out free rides. That said, I think ANYONE is nuts to go play football there right now–the student body largely hates football, the professors largely hate football, the team is a DUMPSTER FIRE, and the surrounding community largely hates football. Just a terrible environment in which to play. A kid can go get a high quality education at many other schools and have way more fun playing football. Stanford isn’t even on board with the portal and NIL, meaning it could be very soon that Stanford is playing Ivy League quality football.

College is supposed to be fun. If that kid has even moderately conservative, “traditional” values, he won’t have fun at Stanford.

I will add that Unga is an extremely good RB coach and an extremely convincing recruiter. RB has gone from a weak spot at BYU to putting 3 straight into the NFL, two of whom are excelling. Unga did a fantastic job with Allgeier and with Brooks this year. I’ve only met Unga once but think it would kinda be impossible for any kid or parent to not love the dude.

. A friend in our ward here works with with the dad of LJ Martin,

Thanks Bob for the heads up. Tom for posting his highlights. We get this kid and holy!!!

The first thing that jumps is guys have him wrapped up and he just runs through it. Strong lower end.
This is a generational kid. Hope he’s Christion and the HC is not a problem.

He’s not LDS, but apparently he and his family were “blown away” by the “feel” of the campus and students and are very positive on the honor code.

Someone was saying the the Honor Code is a communist plot. Interesting how freedom works over communism. Are only members not liking the kids to keep the commandments? Weird.

Many non-LDS recruits say that the Honor Code was one reason they signed with BYU. Some say it correlates with the beliefs they presently live. Others say it helps them to leave an environment they want to escape.

This has happened a lot. Not all stick around but it is a draw to non-LDS athletes. Members are sometimes shocked that non-LDS are good people that keep the commandments.

That’s good news because BYU came on late in the recruiting timeline and has created at least some hesitation concerning his commitment to Stanford.

The bad news is that once Stanford has its new head coach, he’ll be able to resell a school that LJ has already committed to. 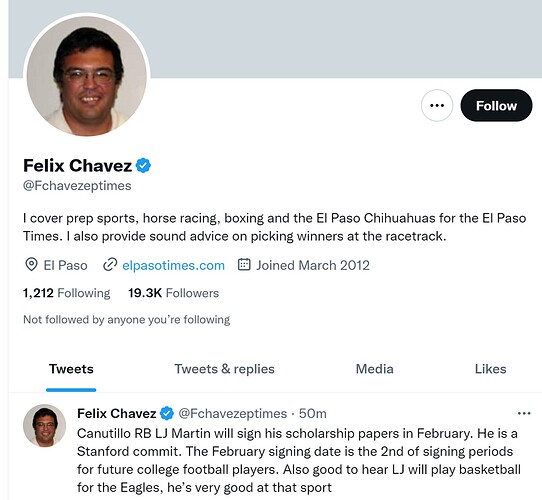