So, while waiting for the top 25 rankings to come out, I thought I’d check the Sagarin computer rankings, and there’s BYU at #75. And Arizona at #57! What the heck?

Yeah, I know. Still fun to look at them. On the AP rankings, it’s been a while since we’ve seen this:

where do we sit this week?

Sagarin is still way off.

with Utah, BSU, Cal, Wisc. Wash, USU all ahead of them?

As of today, I would have only Wash solidly ahead of BYU. Maybe BSU but that’s it.

Agreed. There’s obviously some bias built into his algorithm–maybe deserved after last year.

Like I say, rankings don’t mean a thing until teams are about mid season in league games played.

Wow! I can’t believe how quickly you changed from realism to homer after just one game.

I’ll have to see a lot more from this team before I would ever say they are top 35. Even with the Wisconsin win, if we lose several more games, that would put us about where I think we are (middle of the pack for D1).

We have to show that we can win with a target on our back and scrutiny, now. Everyone (including most Cougar fans) were writing BYU off against Wisconsin. That won’t happen any more, plus teams have film on our loss and our two unexpected wins. It gets harder from here, and we have monkeys on our backs with Utah and Boise St. I also wouldn’t be surprised to choke away a game we should never lose (like UMASS last year).

OK, you got me…I’m a little juiced.

But live in the after glow for a minute. It’s been a fun week. Reality is BYU won with some trick plays and 2 big Canada runs.
This is a great read and it did get me to thinking that Wisc had to make some mistakes for us to pull off the win 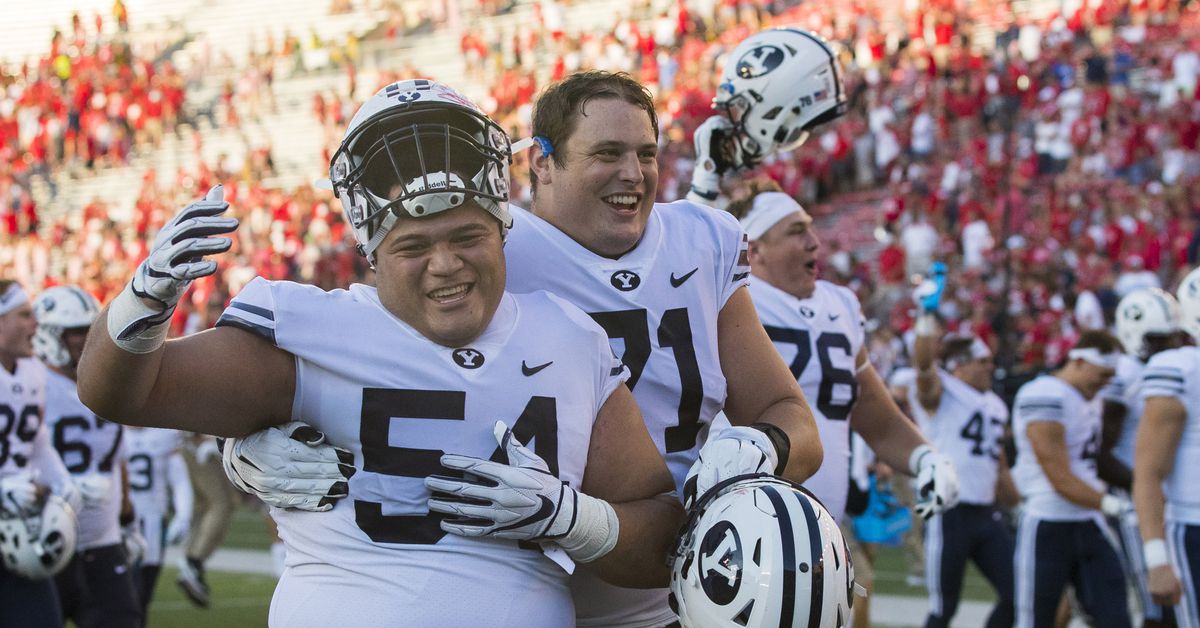 In beating Wisconsin, BYU Football followed "The Anatomy of An Upset"

When you are an underdog, you don’t need to outplay your opponent. You just have to have more big plays.