St. Mary's... a team that BYU should beat

As an analogy, most millennials today think conclude from what they learn in public schools and universities across the world, socialism is a good thing that leads to peace and plenty for all. Yet, they refuse to look at socialist experiments in present day and past days that socialism is greed that leads to tyranny and destruction.
Well, same with most in here. It’s like a leftist forum. The conspiracy hopefuls to justify their pain in other teams simply being better on any given night leads to shifting the blame somewhere else. Leads to believing it’s the coach’s fault. Sometimes when there is no fault. It’s sports. That’s all.
So, this is a place for safety in numbers. And I’m like a voice crying out of the wilderness trying to bring reason and true understanding to the masses huddling together:-)

I could compare a rock to a kite and it would make more sense than your post did.

This has nothing to do with politics, socialism or any of your other obsessions.

BYU will be lucky to get an invite to any post season tournament so what will you say then? This is a veteran team that should be performing a lot better than they have been. They have a mediocre record and several close, lucky wins in wcc to go along with a couple blow out losses.

What is the excuse this year?

Do you know what an analogy is? Guess not because you do this all the time. I thought you have a college degree?

Analogy - a comparison between two things, typically for the purpose of explanation or clarification.

The problem is that you didn’t explain or clarify anything. Like I said, the two things have nothing to do with each other in explanation or clarification. Liberalism and that way of thinking doesn’t really explain or clarify why Rose is making poor decisions regarding the team moving forward. There is nothing to suggest that they are getting better at all. In fact, they are getting worse.

Now if you wanted to compare the politics of this country getting worse because of people wanting to subscribe to liberalism and that being like the team getting worse, then there is a comparison and analogy, albeit a weak one.

So, I have to explain a simple analogy of your thinking and conspiracies? Come on, it’s not that complicated. I even gave an explanation at the end to try and help you out. Try again 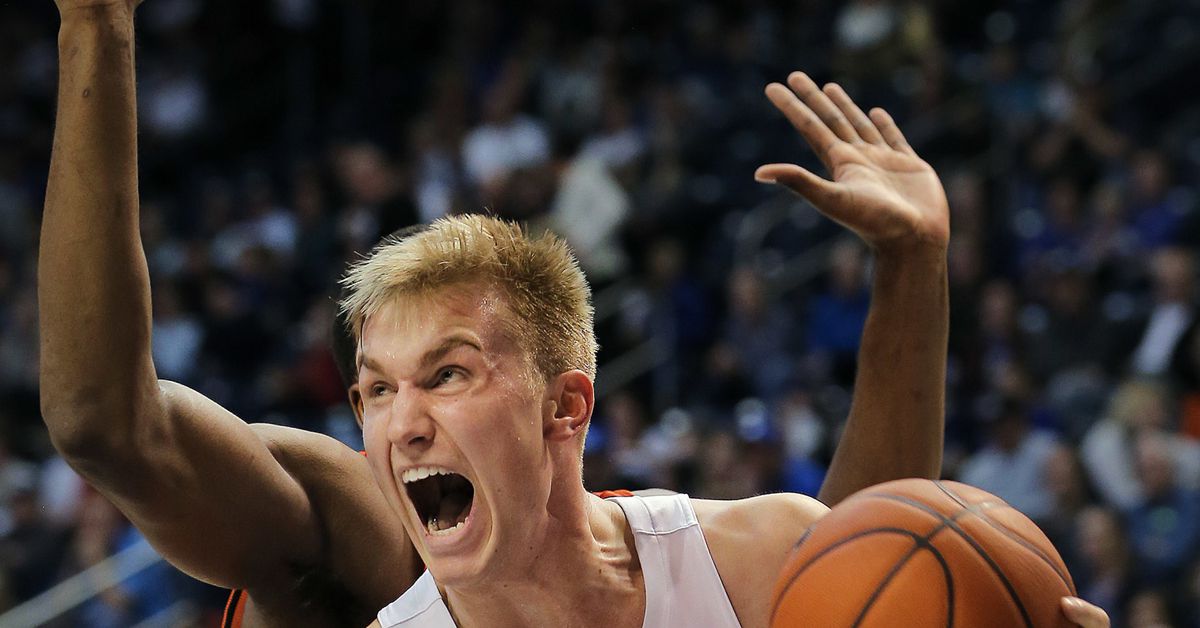 Doug Robinson: It's business as usual for BYU in the WCC

In the midst of another so-so season in the WCC, it's difficult not to wonder what might have been in 2018-19 — the season the Lone Peak Trio and other top recruits would have been juniors and seniors.

I’m not going to tell you what to do because you like throwing that C word out there a lot. I know your “analogy” isn’t complicated, it’s simply not very good.

In the meantime read the article I linked, which basically explains everything that we have been talking about over the last several weeks. If you don’t agree with the BYU sports reporter you should write him and tell him.

If you don’t agree with the BYU sports reporter you should write him and tell him.

For SG Hopper, we already know what you will say to us but why don’t you say your thoughts about BYU Basketball to Deseretnews Sports Writer Doug Robinson. Here is the email