That catch was out of bounds

Replay booth should not have called that a catch. There was not conclusive evidence. Looked like half his foot was out. Home cooking leads to a touchdown.

Agreed. Still, we blew a second interception and for an interception. Then, we take it in for 3 points. At this rate we will score…12 points.

It was a good call, the college rule only say ‘one’ foot needs to be in bound. the reciever dragged the toe of his foot on the grass 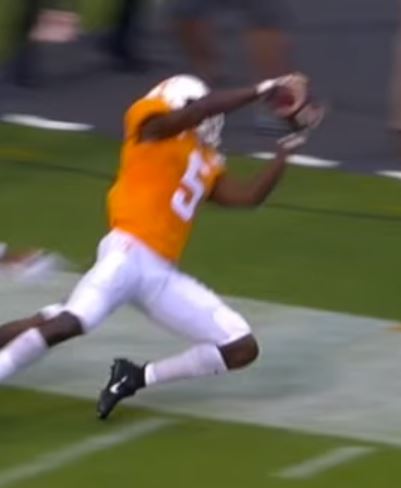 Get your eyes checked Scott… he clearly had possession and his toe dragged across the sideline.
But you do not care Scott, because your mantra is “Adversarial” (which the BOM clearly defines).

Coming from a baseball umpire

Once again, you are using a still photo. You cannot tell by a one dimensional photo if his hands actually are touching and/or controlling the ball. Why don’t you watch the video.

As much as I hate to admit it (and I do), the Tenn. receiver sure seemed to have his toes in and had caught the ball - a legit catch - from the TV replays I have seen.