The Cosic Card by Dick Harmon

I know this was discuss before. ■■■■ Harmon said why Dave Rose and Tom Holmoe haven’t been going after those Europian or International players. Steve Cleveland brought in those Brazilian players and was it Stan Watts brought in Kresimir Cosic? Travis Hansen mentioned Crotia people knew about BYU because of Cosic. Does anyone know if Dave Rose has any thought or have look into International player(s) and we could use some big center? I know we do have Mika, Destrup and Kaufusi for few years to come. Good article by ■■■■ Harmon. 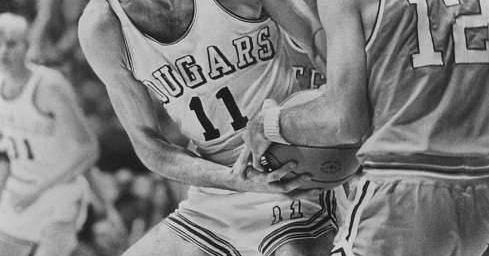 For decades, BYU basketball has almost ignored perhaps a potential recruiting edge in Europe. The Cougars should utilize the fame of former legend Kresimir Cosic and recruit European talent.

I know there is not much history with this site, but I have been wondering about this same thing for the past 5 years. It baffles me that there is no international flavor to the team with the international reach of the church. Not including Hansen’s influence and contacts, the former player that is a scout in Europe, there are a number of recent players and members that could be scouting for the team for those 6’10", 6’11" skilled players that probably wouldn’t pass on an opportunity to play college ball.

why are you concerned about this, we are just fine in the “bigs” department.

Funny… this site must have some kind of “filthy filter” because ■■■■ Harmon’s name is blacked out.

Apparently it is okay to use the word ■■■■ in the subject box but not in a reply.

I’m curious now… I want to test other words just to see what is allowed and what is not.

Okay, how about Richard Harmon. Or Mr Harmon, whatever!