The nail on the head, the history of BYU QBs 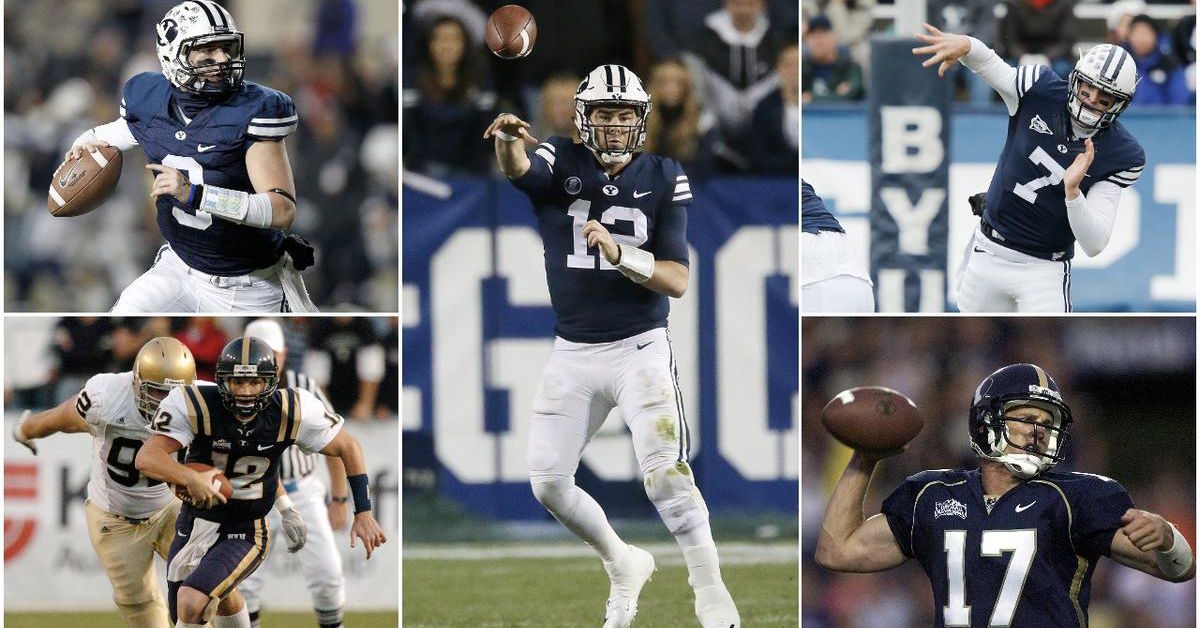 Breaking down BYU's historic losing streaks and how QB play has been common...

BYU 's 1-5 record, following its fifth straight loss, can be attributed to myriad factors, but the largest one is the lack of a consistent, play-making QB — and that's been the case for decades.

This has always been the Achilles heel of BYU and pretty much any program not named OSU or Bama where sheer talent covers up mistakes. Just look at Utah this week, Whit is replacing Williams for his 2 4th quarter interceptions.
There is plenty of talent to compete at BYU, we just need a QB that can get us a 3rd down here and there. Things are compounded greatly when BYU is forced to play a ridiculous early season against top 25 teams…no one else in America has to do that. BSU plays maybe one top 25 team and the rest MWC teams in its quest for New Years Bowl invites.

BYU's quest for money is sinking the football program.


BYU’s quest for money is sinking the football program.

Money and lack of Conference alignment is killing BYU
Nothing but the truth.

I guess it’s a slow news day. Hump day being the middle of the week. Sorry, but money is necessary to keep a program alive. Silly article if you believe it.

I have gone back and forth about whether I would rather have BYU independent or in a conference. Independence has been wonderful as it has enabled me to see virtually every BYU game live (or DVRd), mostly on ESPN. Prior to independence, and at the mercy of the old “Mountain” network, which wasn’t offered on my cable system, I was at the mercy of major networks who might pick up a game here or there. In that respect, independence has been wonderful.

I have enjoyed seeing BYU playing well-known teams from big conferences on national TV, with wins over these teams from time to time.

We have heard from people within the program say that independence is not sustainable. If so, let’s go back to the Mountain West, eat our humble pie, and build a winner again–playing the occasional big-name school, and occasionally beating them. I would sacrifice being able to see every game in order know we were winning again.

The AAC was willing to accept BYU on somewhat of the terms it gets from ESPN. Not more money, but more on BYU’s terms. To me the AAC is an option for BYU or perhaps start another conference with schools like San Diego St., UNLV, Boise St., Texas-El Paso and perhaps new Mexico and New Mexico St. and perhaps Colorado St. with its new stadium, maybe some others.

That was called the WAC, and BYU started that one.

If BYU tried to start another league, I doubt that anyone would fall for it. Too many starts and leaves.