Ty Detmer, the next Offensive Coordinator

Ben Criddle just tweeted it out. Detmer will be the OC, Ed Lamb will be on the staff.

Received confirmation last night that Ty Detmer will be your OC & Ed Lamb will be on the staff as well, position group DBD @zakhicken

Please don’t do this to him.

Great news for us fans, for the FB team and for TM. Wooopeeeee!

Thank you for the early Xmas present!! The NFL thought Ty Detmer was astute enough to mentor Brett Favre and Mike Vick, and I heard Joe Paterno suggest he thought Ty Detmer had the highest football IQ of any college player he had ever seen. Ty has a great combination of sincerity and humility off the field combined with passion and intense drive on the field. He would bring a degree of gravitas and respect to the OC office that we had with Norm Chow but have not had since.

I will never forget a Ty Detmer moment I witnessed in the fall of my senior year at BYU. Mo Elewonibi was a 300 pound OL, 1st Team AA, and would win the Outland trophy that season as the finest OL in the land. During a home game Ty threw an incomplete 3rd down pass. It was a game where Detmer was dissecting the D, as usual. Sometimes other players get lazy and watch when they have a teammate who is so surreal (ask any of Lebron’s teammates). Mo had gotten sloppy on that play, got beat by an inferior player, and Ty had to hurry his throw. As they team hit the sideline, Ty was furious. He waited until they were off the field (out of camera view), and lit into Mo. Tiny, humble, aw shucks Ty Detmer had a hold of Mo’s facemask and was jerking it up and down as he looked up nose to nose and screamed bloody murder at Mo. When he was done, he hit Mo on the side of the helmet as if to say, “hey, we good now?”, and Mo was nodding his head up and down because he knew that he was wrong, that a great leader had just called him out with passion and intensity, and that the leader did it off camera so as not to demean him. It probably lasted 10-15 seconds, but I’ve remembered it clearly for 26 years since. Ty Detmer was, is, and always will be a great tactician and even better leader. I hope Ben Criddle is right.

But he hasn’t coached college yet. Sark has. Just saying

Even if Sark is sober, his head is not screwed on right, especially not to coach at the D1 level. He needs 2 years sobriety and a lot of therapy.

We don’t know that.

I’m with Roy on this. One of the issues is even if they hired Sark, the school would have to have a back up plan in-case he has a relapse.

Makes you wonder if there was something about Bronco that never got Ty excited about coming back to help.

Great, then have a back up plan.

Sarkisian? I really, really, REALLY hope you are joking around. He is a complete disaster.

So was Hall. Come on. He’s An OC minded person. Perhaps having a job at a well grounded institution he will be fine.

It will not be Sark. As much as I wish him succeess in putting his life back together and hope that he can return to coaching someday, his life is a bigger mess than just the two published incidents, he is still in treatment and needs to focus on that, so he won’t be ready to hit the ground running, and the guy is suing USC for terminating him. Does the administration (or the fanbase) really want to live through that circus and all the mudslinging that will go with it? Maybe in a few years, but for now it’s a nonstarter for BYU.

Agree BobH. There is a difference between “dry” and sober. Being dry means you are not drinking. Sober means that your mind and body are healthy once again while remaining dry. Alcoholism is not something that a person just ups and quits and things are hunky dory. Sark, to mess his life up like he has, is a far advanced alcoholic. He has a lot to do to get back to physical, emotional, mental and spiritual (whatever that is to him) health. It is going to take, at the minimum, 2 years to get healthy again. He is not healthy enough to be in charge of other people in a coaching position or other position of authority. I’m coming from treating thousands (not an exaggeration) in my practice of 35 plus years. So keep arguing about this if you will. I’m out.

I agree there is no point in taking a chance on Sarkisian. If it is true about Detmer then why the talk about Sarkisian?
The Deseret News is reporting Detmer will be the OC and QB coach.

Stupid comment of the year, “Hey, let’s bring in Sark” when we are starting a 1st time head coach…when Sark has been the HC of Wash and USC. I could just see Sark sitting there taking orders from a 1st timer after he was the HC of the most coveted job in college football.

Even a sober Sark would be a disaster, without all the wife cheating, drinking problems. That is as bad a idea as bring in a washed up Norm Chow, who is not the same guy we knew back when he was as BYU (if you have followed Hawaii football an)

Lets see…a Ty Detmer, family man, faithful, humble, winner in everything he has ever done with his life, Heisman, people person, Loved by every Cougar in the world and EVERY football fan not named Texas A&M in the world…or Sark. Hummmmmm, let me think. 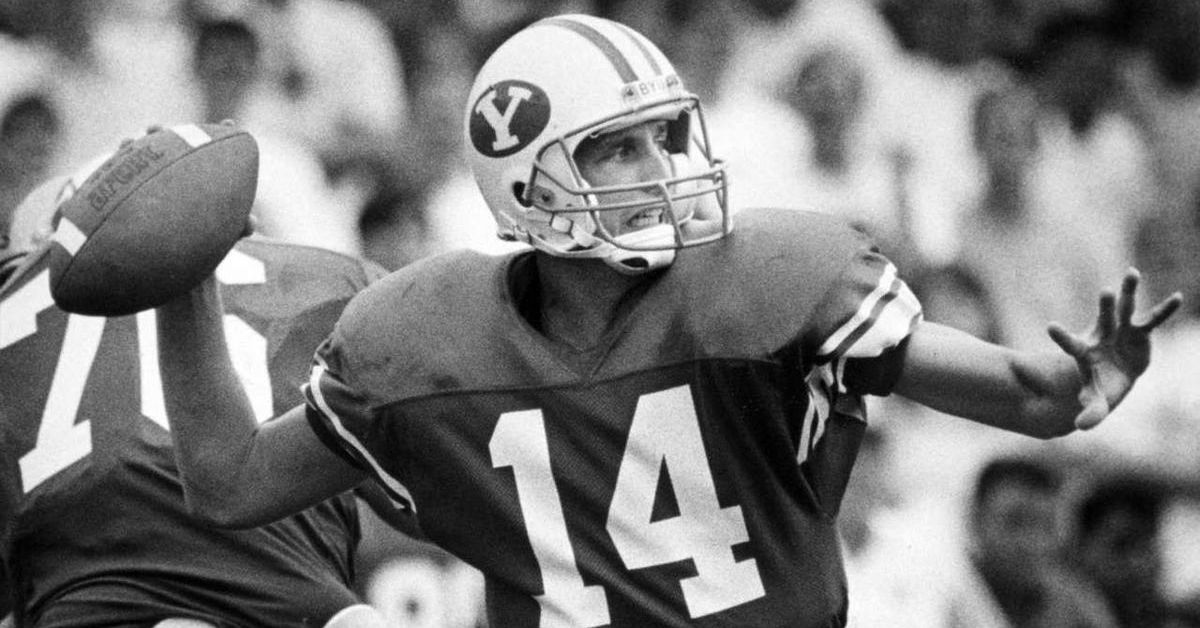