Up Close at Portland game

This wcc is becoming more like Church ball. Even if they do like Mormons in their league but we are not allow to be on top. Even next year BYU will beef up more better players and possible adding Dave Rice might not matter. Wcc commish and refs don’t like seeing Gonzaga not being in the top standing for more than one day “no, one second” and it is not allow Mormons being at the top, ever! This wcc is far worse than mwc. But wait when we were mwc both BYU or u were always on top but unlv was standing in our way for many years at TMC Tourney. Seems like no matter how perfect we tried to be on the playing field but those refs like to mess us up! I didn’t see the game but listen to Greg Wuebel he was having a close to getting a heart attach when he said “Traveling” at the end of game. I guess we are not allow to stay on top but poor KC and Dave Rose. But I don’t know.

Just when we said, “Hey, we finally got a fairly reffed game at GU”, they go and steal the rug right out from under us. Since when has Davis fouled out of a game? Rec league refs suck.

Here is the weird thing about BYU and it happens to us every year since forever…we have all these “Bad Losses” and yet BYU is still in the driver’s seat to win the WCC and get an auto invite to the dance.

So it’s bigots that ref the league. No, it’s incompetent refs. We have the worst in the NCAA. But you can leave the religious hatred thing at the station. That’s just sour grapes. KC should have made half of the shots you say he was bumped on. Emery needs to make his shots and so does Chapman. We are not going to win many games because of our defense. We have to win with our offense.

We are not going to win many games because of our defense. We have to win with our offense.

Wow!!! really? you have a very selective memory… or you didn’t see the Gonzaga game. How did BYU beat Gonzaga? with their offense?

Your posts are about as consistent as the basketball team… you only say the things that fit your ideas at the moment with no perspective or memory. BYU beat Gonzaga with their DEFENSE! that is how they won the game. In fact, every time BYU has played a decent defensive game they have won that game! How can you say “we have to win with our offense”? Really unbelievable…

I believe that what Tom says he saw is actually what happened. This has been a problem with this league and contributes to the conspiracy. It happened to our star Haws frequently and now that KC is a star, it seems as if it may have happened to him in this game. How do you explain it SG? It’s not right… but this is what the wcc does to BYU. After beating Gonzaga in a fairly officiated game they lose to a bad Portland team on questionable officiating with regards to their star player. Sound familiar?

I wondered why BYU had fewer foul calls and more free throws but I didn’t see the game so I am relying on Tom’s comments.

Thanks for your insight and analysis Tom.

Wow how inconsistent you are. First the refs are incompetent then biased. Non-biased then biased. Conspiracy then no conspiracy. Which is it?

The offense one the GU game. We scored one more point than they did.

TL: How many years will BYU have to wait for Rose’s team to win a regular season or conference tournament championship?

The offense one the GU game. We scored one more point than they did.

First off I think the word you want is “won”, not one. Second, according to that comment the defense NEVER wins a game so your comment earlier that the defense isn’t going to win MANY games is contradictory. My theories stand and those who understand the game understand my theories. They may not agree with them and that is fine, but at least they understand them.

I don’t think there are many people that understand anything you post. I have tried for years… to no avail.

So does this article have any validity? Does it fit your idea that defense never wins games? 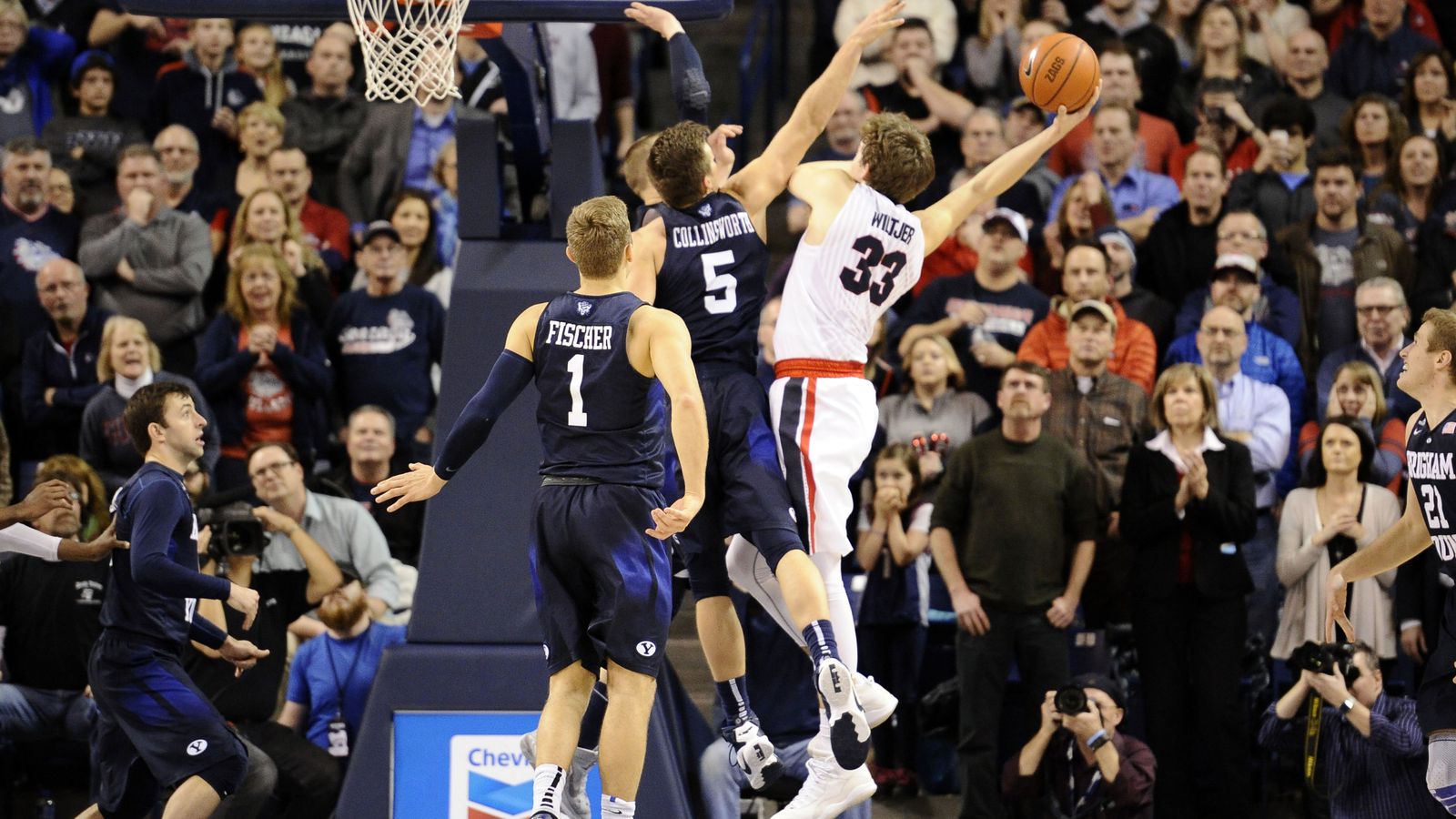 BYU basketball made a big defensive gamble. Find out how it helped them beat...

You may not have noticed it, but the Cougars took a calculated defensive risk against the Zags — and it paid off in an improbable win.

PS - Did anybody see the Oregon State player trip the ref in the Utah game? Wow… that was crazy.

something I’ve been also saying for years

One. Next year. Add Mika, Dastrup and Haws to our returning players and we will have the most talented and athletic team in the league. All 3 of them were top 100 guys nationally out of HS and have 3 distinct and different skill sets: Mika is the pure back to the basket strongman (who can also jump out of the gym), Dastrup is the classic “stretch 4” with great midrange touch (think a bigger Noah Hartsock), and TJ is, well, just be ready to cheer. On film he looks as big as Ty, as fast as Marty, and handles the ball in traffic with both hands like Carlino (yes he frustrated me like no other but I loved his dribbling skills). Play up on TJ and he will go by you like a 6’4" Alec Wintering and thunder dunk at the rim like KC; lay off him a touch and he’ll drain 3s all night. Keep up with him for 3 steps and he’ll get you off balance and pull up on a dime and drain a midrange J like another Haws we know and love. I’ll go out on a limb not and say he will be a special PG at BYU.

I hope you are right, Chris has been saying the same thing for over a year now.

I am skeptical of course… because I know it will take a minor miracle to unseat Gonzaga as the wcc darling.

Unless the Zags are bringing in some equally talented players I don’t see how they will have enough, combined with the officiating and league officials, to pull it off yet again. They are a very mediocre team this year and the injuries have made it even worse for them, but somehow I see them winning the league and/or conference tournament yet again.

We will revisit this again in a year.

I hope I’m not too far out over my skis on TJ, but I honestly think he was as good in HS as Frank Jackson, and when Jackson decided to sign with Duke I remember being disappointed but got over it quickly when I told myself, “Hey, we already have him–he’s just named TJ Haws.”

we are still two years out…The Freshman year to shake the dust off and the Sophomore explosion.

Maybe…depends how hard they work.

TJ reminds me very much of Ainge. Nuff said.

And Dastrup in HS and AAU looked a lot like Fred Roberts at that age. Nuff said there too.