Watching the Utah/USC championship game. Utah is on the 5 and trying to punch it in.

The play is a bust, so the do a replay on it and it shows that the USC player is grabbing and holding Utah TE (the main target for Utah).

Made me remember Jim Hawks comments about PAC12 officials and as far as I can the “fix is in” for USC to win so they can go to CFP,.

Before you ask, my wife who went to Utah wanted to watch it. I do support any team from the State as long as they are not playing BYU.

If the fix is in for utah to lose, then I’m all for it.

Win or Lose, The Utes are in the Rose Bowl.

Dang, I guess I want Utah to win so the Pac 12 loses out on CFP money.

Then Shaun Nua should fit right in.

The Monty Show reported this morning that USC defensive line coach Shaun Nua has verbally accepted an offer to be BYU’s next defensive coordinator. 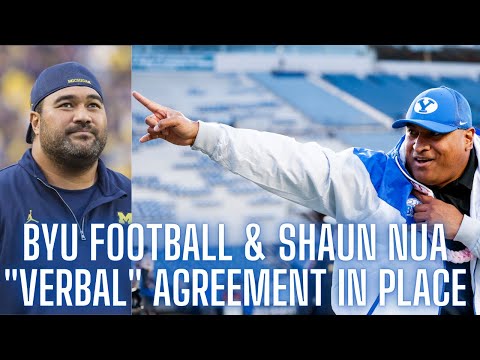 After tonight against Utah? I don’t know. Players not tackling? Maybe the PAC12 just isn’t that good.

Utah conference of champions (whatever right! USC, they look bad and they have no business being top four in the playoff position including the playoff committees for picking USC that high!

To be fair, if the USC QB had not been hobbled, I am not sure USC would look as bad.

I also heard a lot of the Oline was backups…

See, it is not only BYU that can use “injuries” as an excuse for losing,

And the USC Dline coach has been offered BYU’s DC. After watching USC defense unable to tackle, not sure we will be any better.

If this is true, then I am going to seriously consider not watching BYU football any longer.

This just proves to me that Kalani and Holmoe has no desire to be competitive in the BIG 12.

With all the qualified candidates out there they choose another Poly that has no experience being a DC? They choose a guy with less coaching experience than the guy they just fired?

Sorry folks, if they hire Nua, I am done with BYU

Really BYU coach Sitakiand Tom Holmoe want to hire this guy? And yes BYU football we will be the bottom feeder in the big 12 just like Kansas. How did he get this job at DC with USC? Sound like I will to lose interest listening to BYU football games until BYU get rid of all the coaches and tom Homo! Sorry for my attitude!

Oh good grief! USC has one bad game and this. Maybe the PAC12 is still a crappy league and maybe USC was never that good. Just saying. I would rather hire someone who has been DC already. But, I’ll be just as enthusiastic as before.

It has nothing to do with USC Defense last night.

it has everything to do with BYU hiring people in key positions with NO EXPERIENCE in in that position.

I would rather hire someone who has been DC already. But, I’ll be just as enthusiastic as before.

Did you even read this? “Hire someone who has been DC already”

You are either jaded or a narcissist

I was referring to your first part of your comment Scott…

Like I said, if they hire Nua as DC, I think I am done with BYU because it shows that the AD office is not serious about winning.

Not sure about that. Maybe they have already gone down the list and got no responses. We don’t know. I’ve heard good things about him.

BYU basketball has a game today.

Not one article is the Desnews which is owned by the church.

That says a lot about BYU sports right now.

Are you watching? Hard to watch.