Digging into the numbers

I looked at numbers in another thread and some of this stuff warrants its own topic. Here are a few nuggets:

The per 40/per 100 data is particularly revealing.

Further questions to be answered later:

Not really surprising for Seljaas as he attempts more 3s than he does 2s. In recent games he has been the beneficiary of some great assists at the basket, coupled with an average of two 2 point shots a game will make the average go up quickly. He has been a lot more selective in recent games, probably due to lack of confidence in his 3 point shot. That said he continues to get abused in the box where he is really is playing out of position

The assist thing is true, but part of that is flashing to the right spot at the right time. I’ll give him that. He has is so out of position. I want him to be my back up 2.

I think everyone expected him to shoot lights out from three including Zach. It’s rough for a shooter if you start having self doubts. I expect him to work hard and be much more consistent next year. His stroke is really nice-just not going down

Oh yeah I agree. He’ll come around. I imagine if they shifted him down a position so he didn’t have to work as hard on defense would make his offensive production jump.

What correlates the most with minutes played? What stats is Rose the most sensetive to?

As I play around with this, there really isn’t anything with an obvious correlation beyond fouls. And that’s such an obvious conclusion you don’t even need to see numbers to know that. There are a couple outliers to that trend though. Luke Worthington, though he only played the 7th most minutes is such a foul machine that he is still an outlier. Dastrup on the other hand is below the trendline.

Also, Mckay and Hardnet are respectively below and above the trend line and that might suggest something to do with their style of defense or it could be tiredness. Mckay is slightly below in minutes.

What correlates the most with minutes played? What stats is Rose the most sensitive to?

You’re assuming that Rose is “data driven.” I don’t think Rose pours over stats and makes coaching decisions accordingly. He has been terrible throughout his BYU career at making adjustments. And being sensitive to this or that stat would represent showing that he is and adjusting.

Honestly, I went fishing and came up empty, no solid correlations. There might be something more useful if you got into the breakdowns of particular lineups, but I’ll concede that Dave probably isn’t looking at it and any correlation would be just that, not necessarily causational. I think he goes by gut feeling.

So then what feels right to Dave?

Ha. That’s not what I read the first time. At least he’s in a final four. He might even win!

I love the stat breakdown Tyler, because it is interesting and more importantly, it proves what I have been saying about Dastrup since the beginning of the season. In fact, his early season stats were even more impressive than the ones you listed because he hadn’t been beaten down like a red headed stepchild by Rose yet.

The whole thing makes me sick honestly. I lost a lot of respect for Rose this season. He has been terrible in so many ways…

So… while it only makes me more upset than I have been, it is probably time to stop beating the dead horse this season and suggesting what can be done to right the sinking ship. This team has underperformed… again, but probably as bad or worse than any team of Rose’ I can remember in the recent past.

It’s not just him. Several guys have tailed off in conference. Part of it is exhaustion, then confidence, failures to adjust to better scouting. In summary and repeating what we’ve said over and over again:

Who knows. Maybe one day.

Totally agree with what you are saying. It seems like it is basketball 101 to me but I’m not a veteran coach who plays his favorites. I know for a fact that Dastrups fall off has nothing to do with exhaustion but that is another story.

The more I think about it, the way I would frame the strategy is in terms of ceilings. What lineups would in the future give us the highest ceiling? Luke will always be a limited 5 and a team is limited by it’s weakest multiplier or link.

Well in my mind there is a potential for this to go like this:

That’s a big tough lineup with a lot of shooting and potentially decent defense. 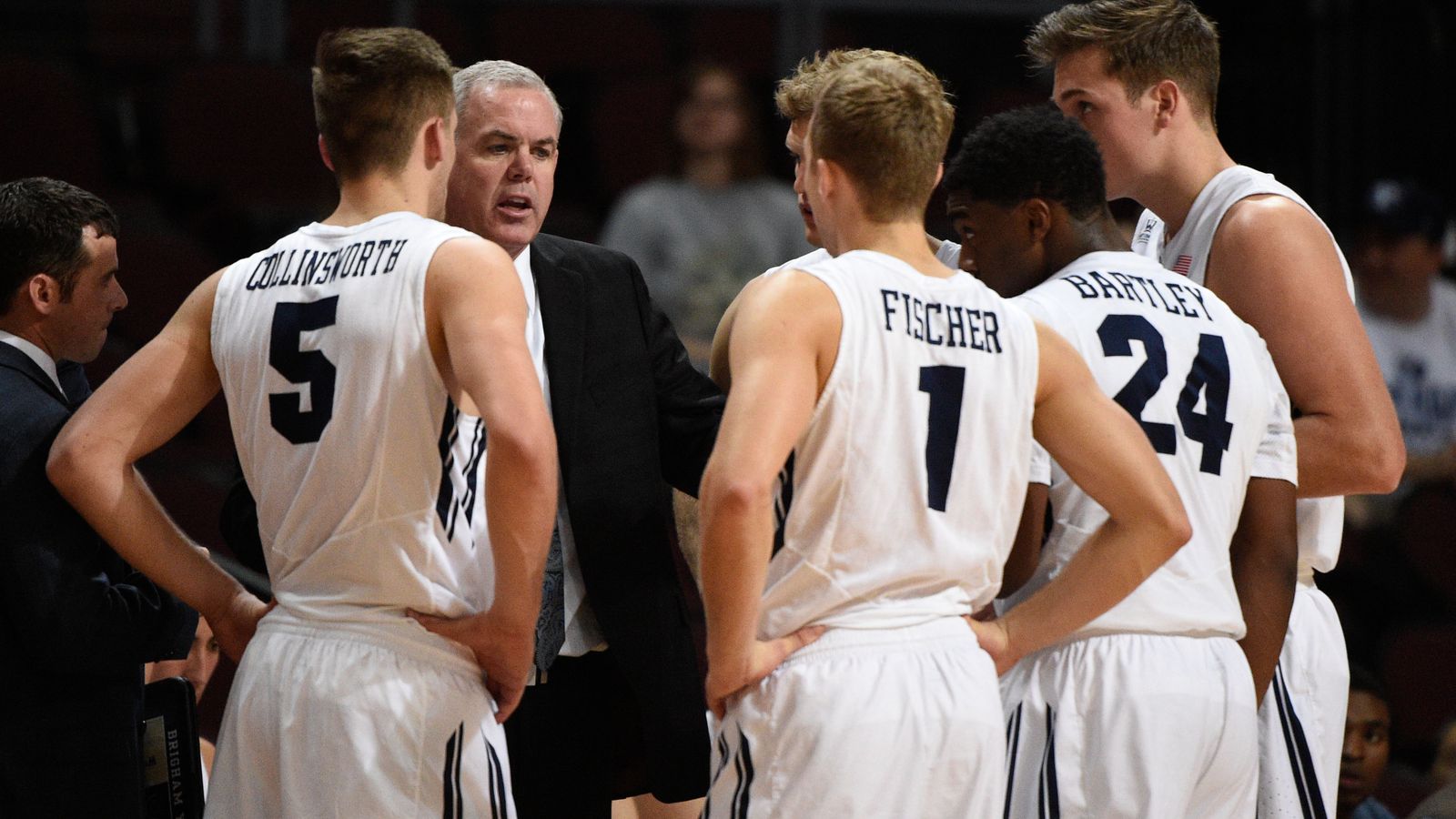 Oh yeah! I forgot about that kid! That would be an interesting addition. Mission right now right? I’ll be very curious how he looks when he gets back.

Also, I rechecked the recruits and this kolby lee and Connor Harding are both 4 stars with decent size.

Also, I rechecked the recruits and this kolby lee and Connor Harding are both 4 stars with decent size.

Connor Harding played with Gavin Baxter in AAU team of Utah Prospect which I found on DN. Both are due back from mission to play 2018.
Kolby Lee, is he playing or sitting with the team this year? Redshirt? Yes all three are 4 stars.

I thought he was coming off the mission for the next year?

A lot of good looking and athletic defenders. I want a bunch of Jackson Emery’s. That’s what I’m hoping for from Harding. Lee I don’t know as much. Gavin Baxter could be a lot of different things.

I don’t know if Kolby is on his mission. Per Idaho Stateman: he is in a midst of serving a mission in Australia.
http://www.idahostatesman.com/sports/high-school/prep-basketball/article192043109.html

And he looks like will start 2018. Still not clear where he is at. 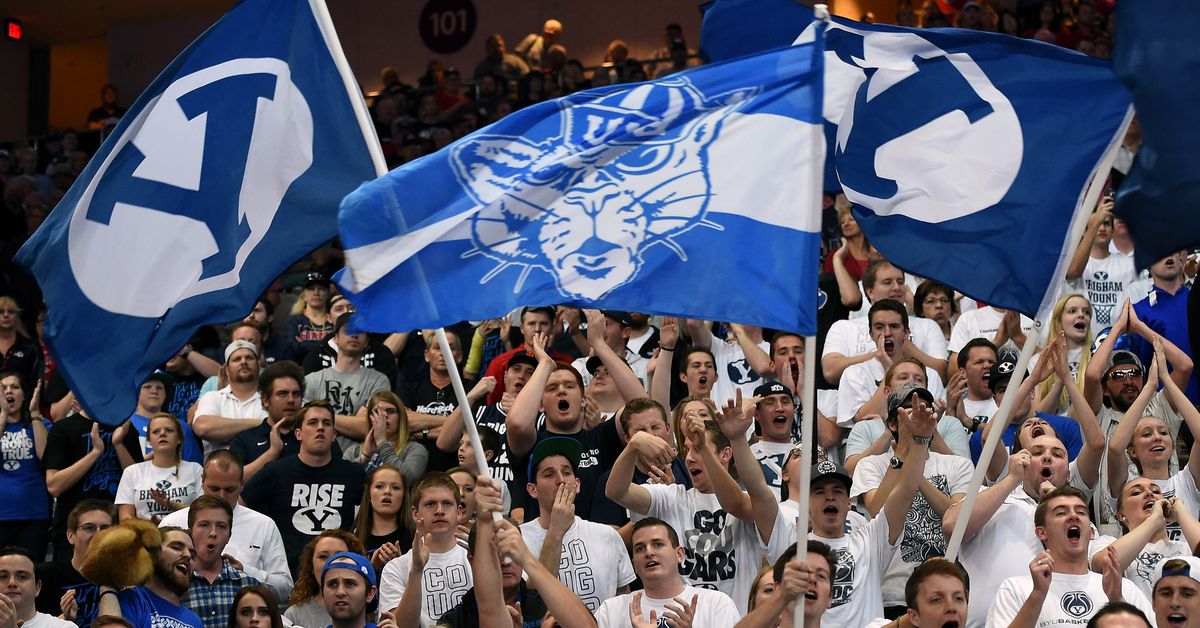 BYU has added a former 4-star recruit to its roster