Sad news out of the NBA. Former commissioner David Stern passes away at age 77. He was known for fighting corruption between players and referees. No faxes, emails, phone calls, FBI investigations, videos or letters proved his fairness(except Lakers). Rest In Peace.

Both Lavell Edwards and Ladell Anderson were more famous to our Cougar Fan nation than about David Stern and NBA. Well, Ladell was far more famous for Aggies Nation at Cache Valley, oh yeah almost forgot, so was Lavell too.
More interesting research, Lavell and Ladell were born in Oct 1930/1929 and died same day Dec 29, 2018/2019 at age 88 to Lavell & 90 to Ladell. They outlived David Stern.

Ladell was also the coach probably one of the best basketball player EVER to come out of the State of Utah, Wayne Estes.

Who is Wayne Estes?
What about the great job Stern did for the NBA (except Lakers)?

Wayne Estes was born in Montana and played for USU in 1960’s he was the 2nd leading scorer in the nation and like I said the best utah ever produced.

Your beloved Lakers was going to draft him #1 in the next draft.

In the way home from a game Wayne saw an auto accident on the side of the road, he stopped to help. Apparently there was a power line down and wayne was elecuted, which killed him .

According to Ladell Anderson, there was never been a better ball player than Wayne Estes.

As for Stern, he did some good things for the NBA, like making the TV revenue, changed the rules a bit. But on the the other, he ruined basketball for me because he promoted star players and “showtime” basketball and moved the NBA away from a team sport into sports entertainment.

Thank you for bringing up: Wayne Estes and as well about Ladell.
I was 9 years old from the Bay Area, Calif in Marin County. I had no interest in watching college sports nor NBA. But did watch SF Giants and some 49ers/Raiders and A’s.

One day I saw this flashback DN Article (mid 80’s) about Wayne Estes which said about how great a player he was at USU and reading how he got in this sad accident. I looked up in this Wiki and yes he would have been selected 1st round to play for the Lakers (Flakers). I hate it when something bad happened to certain people when some bad happened to them. Floyd, according to Wiki, Wayne was born/barried in Montana and I like to know who is right - nothing personal to you but yes to wiki (they tend to be wrong).
As for Ladell (born in Malad City, Idaho), I knew nothing how good of a player he was but wiki also said he was invited and competed in the 1952 United States Men’s Olympic Basketball Team tryouts in New York City. And 1956 (year that dew was born) Ladell was hired as an Assistant Coach for UoU. I knew he was a coach for USU & Utah Stars ABA.

Interesting reads and including about Merlin Olsen, Born in Logan and played for LA Rams (not Flakers)

Thank you Floyd which was very worthy research about those four (Lavell) great players.

Wayne was born in Virginia city, Montana approximately 30 miles from where my father in law was raised.

I was originally mistaken about where he was from.

I’m not going to speak I’ll of the dead. Or try to prove someone like Devin Durant (also 2nd leading scorer in the nation) was better or not. Different era for sure. Or some others from Utah. It sounds like he was good in his days and a very good person.
Ladell played in the same era I take it?

We have heard all the negatives about Stern. I believe he thought football and baseball had already gone the way of stars and star dome. So, why not basketball as well. The only thing I felt he did wrong was not allowing Paul to come to the Lakers. Other than that, brilliant marketer.

Go SF Giants!!! Hopefully they can get some players and pitchers to go for another World Champions.

I’m related to the father of plastic surgery. Need any nose jobs?

SF Giants started going downhill since 2013 and worse 2017 to current. Are you a Dodgers fan Hopper? Oh, I forgot you are the CougarFan. Or worse Flakers fan?

Devin Durant (also 2nd leading scorer in the nation) was better or not. Different era for sure.

Devin Durrant was on his mission when Danny Ainge team was making history after beating ND on Danny famous layup. But, going back about Durrant, I watched him and he did played pretty good. Look at Jimmer Fredette which he was picked 10th overall and the NBA teams has no interest in him. Jimmer did played well and beat Damian Lillard of Weber State. Damian Lillard was picked 6th overall (2012) with Portland and doing well. Any reason why not both play in NBA? Sure Jimmer didn’t play much defense both in college and nba. China and now Greece loves him.

Always have been an SF Giants fan. Only kid in little league who caught fly balls with the basket catch of Willie Mays.

Durrant was 2nd in scoring nationwide his senior year. He played in the NBA as well. If Americans were playing overseas back then Durrant would have fit in overseas after a couple of years in the NBA.
Durrant played his freshman year with Ainge and Fred Roberts. Another great Utah product BYU player who also made the NBA. If that team had stayed together the could have gone to the final four.

I have gone two times at SF Giants game at Candlestick Park. I don’t remember which players “Willie Mays or Mccovey” hit a pop foul ball toward upper deck where my dad and I (10 year old I think) and it was coming really fast at me just below my foot but the ball bounced away back to lower deck (me frowning). I would have gotten a lot of meney IF I sold it to someone like my dad.

That semi game against Virginia one game away from Final 4. BYU was leading at half time by 3 but got blown away 2nd half. I remember when Danny Ainge was mad on one play about Ralph Sampson putting his hand through under the hoop should have been a Goaltending. Danny was called a “T” when he blew up at the ref. I couldn’t tell on tv, do you believe Ralph hand was under the hoop? We kept the game close for a while until that “T.”

It was goal tending. But back then there were only 2 refs and they didn’t see enough. The reason why we lost was Arnold changed strategies in the second half. He wanted to try and get Samson into foul trouble. So, he had Kite try to drive and dunk on Samson. But Samson stuffed Kite several times and we got behind 12 points and lost contact with Virginia. That was a great team. Samson was a great player who had injury challenges that kept him from dominating in the NBA.

Another great Legendary has Passed Away. Roland Minson on 1/1/2020 who was 90. First NIT title 1951. He was drafted by NY Knicks but Minson chose to serve in the Navy and played more basketball (not NBA he preferred). 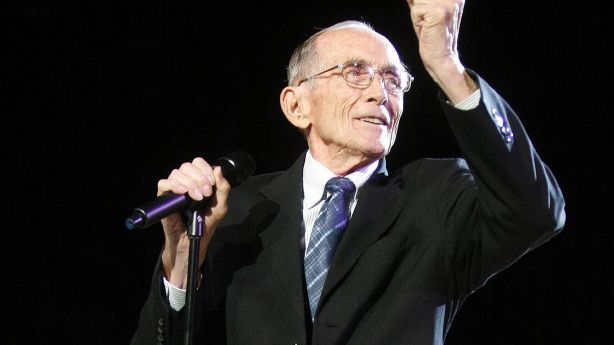 Minson, who graduated from BYU in 1951, was the most valuable player of the 1951 National Invitation Tournament — the first of two NIT titles for the Cougars in a 15-year span.

I don’t care anything about the NBA and haven’t watched a full NBA game since the days of the Stockton and Malone Jazz. In fact I haven’t even watched anything more than a few minutes of some playoff games since then.

The comments about Wayne Estes interested me because he was a big star when I was in Jr. High in Orem, Utah. College basketball was rarely televised in those days except the final four and a few selected NCAA and NIT games. I saw Wayne Estes play on TV a handful of times and I remember he had this sweeping hook shot that nobody shoots anymore. It was more comparable to Jabbar’s skyhook than the jump hooks people shoot today. Of course Estes was only 6’6" but he weighed around 220 and in that day and age in the early and mid sixties you would expect that most of his points would have come down low but most of them were on corner jump shots and sweeping hooks. He had a wonderful shooting touch. He averaged over 33 points a game and still didn’t lead the nation. The game was higher scoring then even though there was no shot clock or 3 points shots. Teams actually put up more shots in the days prior to the shot clock except the ball control teams who would bleed 1-2 minutes off the clock if they needed to in order to get the shot they wanted.

The only BYU players I saw who could impact a game the same way as Wayne Estes were Cosic, Ainge & Fredette.

There is some film footage of him you can watch on YouTube.