So much for hoping the new coach would have some gravitas.
Lee Cummard? really?
The best Rose can hire is someone who has coached two of the worst years of the Rose era?

Someone who by Rose’s own statements put his own desires above what Rose considered good for the team when he was playing?

Curses curses and more curses when will the news be good?

That doesn’t mean a thing. Perhaps Lee is a good coach now and will do well next year. Basketball is an interesting sport to coach in. Give him a chance

I thought those Graduate Assistant Coach would start at H.S. as an Assistant Coach. Well look like same old Dave Rose style of coaching his way. Lee will work hard as a Practice Coach. Another 20 wins, 3rd place wcc and no NIT. Downward we go.

I think Kalani Sitake proved that hiring a former player as a coach, who has no D1 experience spells “DISASTER!”

Didn’t Rose learn from the Football program, that hiring inexperienced coaches is not good for the team?

When did Rose ever say that Cummard put his own desires above what Rose considered good for the team? I have never heard that. He was a key player on 3 conference champions so it seems strange that he would be that type of player. I was a bit surprised he would be promoted that quickly but I never had the impression he was a selfish player.

in the KC years, when Kyle was playing point forward essentially, Rose mentioned more than once that he tried to get Lee to switch positions for the betterment of the team, so that they could get the five best players on the team on the floor at the same time, but that Lee refused to switch…great example…just what we need on the team and in the coaching staff…I apologize if my sarcasm doesn’t come off well.

for a team that has had problems, again Coach Rose said so in the not too recent past, with players playing for themselves not for the team, it is just mind blowing that he now embraces a former player as a coach who did exactly that: pure insanity…lets fix the problem by bringing in someone who helped make the problem…just what Coach Rose does not need to do…but just did.

If that’s the case then it is strange he would hire somebody like that. I hope it works but I understand your concerns.

A safe hire and one Rose will go back to his old ways with.

Cons, I doubt we will see Lee jumping in there at critical times in the games. We will see some tired Bball going forward.
I miss Shroyer all ready.

If Lee was willing to tell Rose as a player he didn’t believe switching positions was the right thing to do, why would he not be vocal to Rose when needed?

Former BYU coach Steve Cleveland told the Deseret News last month that Cummard would be a strong candidate to replace Schroyer on the staff.

I didn’t see that one some time ago. Steve Cleveland said that? Maybe he was referring when comes to BYU Budget? This is weird. 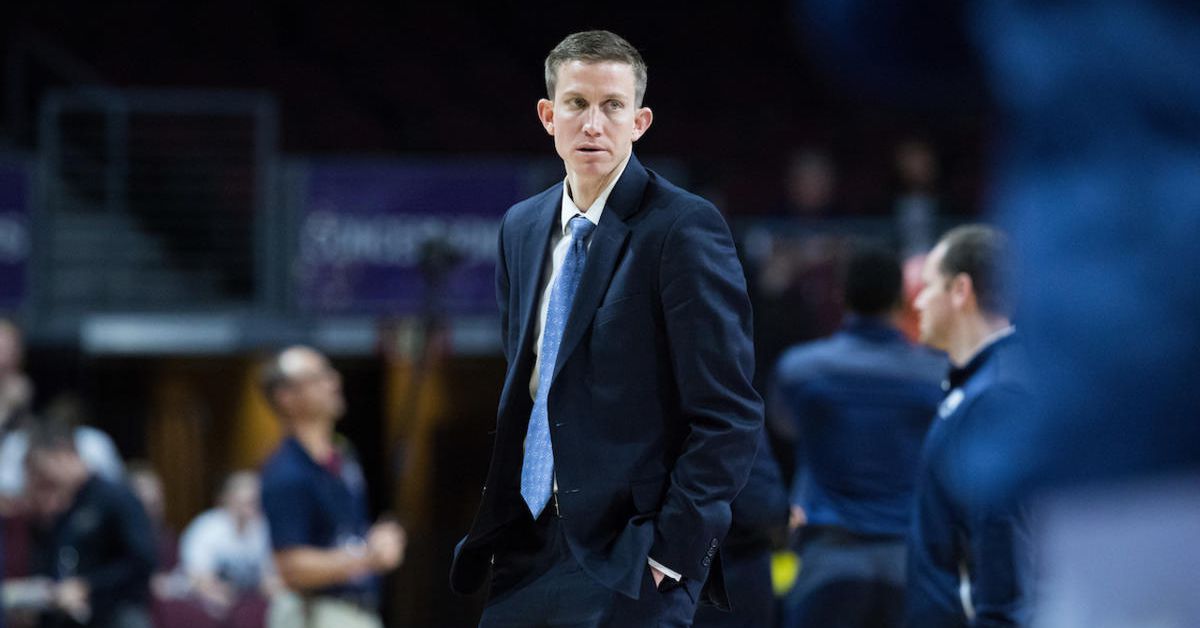 First line of this article: When it came to finding a new assistant, BYU coach Dave Rose didn’t have to look far.

He must be tired.

Did he refuse to change or just gave a good reason for not changing?

What’s this “tired” rant? Explain how you know this? Do you hang out with Rose? Do you stalk him observing how he walks around, talks and so on? Give us your reason?

Tired is an apt description of the difference.

There you go grasshopper, not everyone has their head stuck in the sand😉 Seriously, Rose has been through a lot and I wouldn’t be surprised if next year wasn’t his last, especially if it’s a sub-par year. Sports aren’t the eternal kingdom and coaches do retire or get fired. In Rose’s case, I think he will retire. He has had too much success to get fired from a school like BYU. Some other programs he would have been gone before now.

You can also look at past years and this past year. In past years, Rose rarely stood up for long periods of time. This past year, he stood through most of the games. That’s not showing being tired.
Let’s look at his interviews several years ago and the last couple of years or so. What big event happened in his life has changed his position on basketball and life? Oh, a cancer few people survive. I think you are confusing his sense of peace that basketball isn’t everything or the celestial eternal life with looking tired or uninterested. He looks relaxed and confident not tired and perplexed.

Is his contract up next year? He may or may not quit. But, the reason won’t be because he’s tired.

What other programs outside the P5 powerhouses would fire a coach who has never missed the post season or failed to win 20 games? I know the rebuttal; weak schedule, talent has under performed and I agree with those points to a degree. There is also the speculation that the program is dysfunctional because kids leave early and transfer. I don’t think it is evidence that the program is dysfunctional based on the fact that a lot of kids are leaving early because as many kids come in as leave and it is happening everywhere. Kids aren’t willing to sit on the bench a few years like in years past so they leave. It didn’t used to be that way but it is now and there wasn’t the option to play overseas and get paid real well like there is today. It is a different world than it was even 10 years ago. There also wasn’t the option for a grad student with eligibility to transfer without sitting a year like there is now. Even at BYU in the glory years of Stan Watts, and the Ainge years under Frank Arnold, there weren’t nearly as many guys interrupting their careers to serve missions and disrupting the program (I am not complaining about that because a mission is far more important than playing basketball but it is a problem for BYU sports).

The only programs who fire coaches with a record like Rose are P5 programs with a lot of tradition and those programs draw much better talent, make final fours and coach programs with much higher expectations. A non P5 coach with a record like Rose has will walk away on their own terms ie, retire or move up to a higher paying job in a higher profile conference. If he continues to win 20 and make the postseason he won’t be fired. If he drops below that level it won’t happen on the basis of one season like that, it will take several. Sorry to burst people’s bubble who would like to see him gone but that is reality.

I expect Rose to be around at least 2-3 more years which is about how long it will take him to break Stan Watts’ record for most career wins for a BYU coach. He will win 20 or more games, at least make the NIT, and won’t be fired because we fans don’t make those decisions. Get used to it, he will be around unless his health forces him out.

I am frustrated by some things he does like not playing Dastrup, and a few other things but I am not even close to suggesting he should be fired and I am not hoping he retires either, not yet anyway. My hope is that he can return the program to where he had it in the MWC years and then leave on his own terms and Pope can come in as his replacement. Even with Bryant leaving there is enough talent, if he can keep the rest of it together and utilize it properly, to have a few real good years.

As far as Rose being tired I remember people complaining about Edwards the last few years of his career about being old and tired and unable to adapt etc, etc. People complained about Stan Watts a lot as well. Two of Watt’s best teams were his last two years coming on the heels of one of his worst seasons. Watts went through several periods of his career where the record wasn’t very good. So some of you folks need give it a rest about Rose because he aint goin nowhere because you want him to. 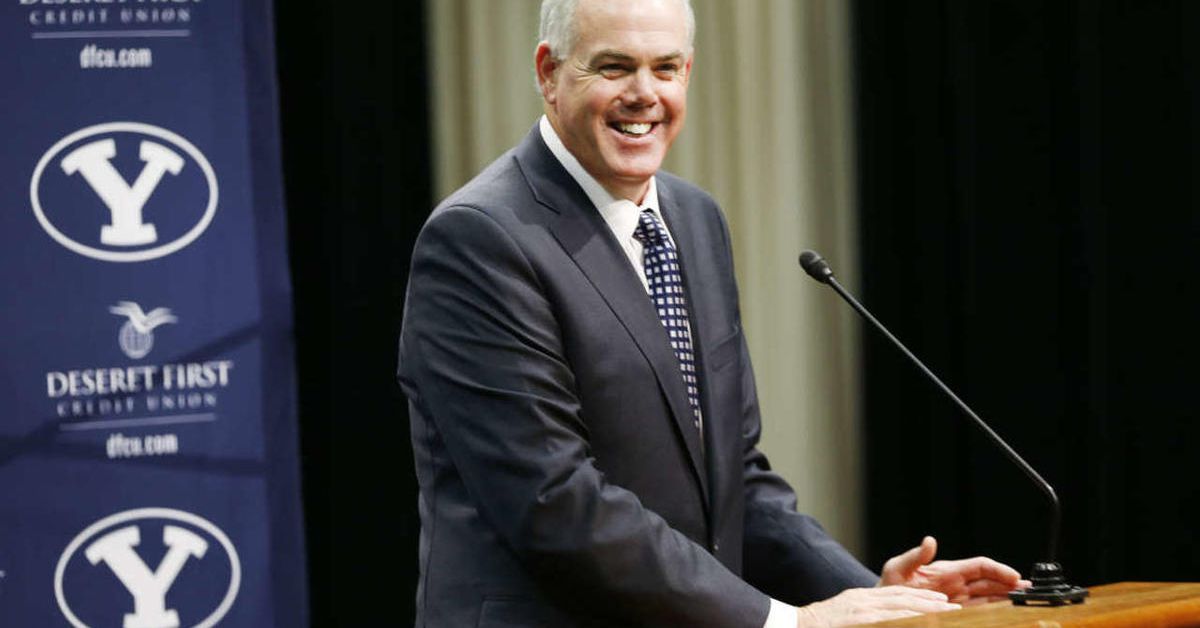