hmm… does this suggest anything?

Yes, it suggests that he can’t do basketball well by only playing after football. Plus, it slows his football development when he stops bulking up and lifting weights. He also has a year of extra eligibility in football. I wouldn’t read anything more into it than that. In other words, I don’t think he is disgruntled with the program or with Dave Rose.

I think it was a good decision for him, the football program, and the basketball program. Last season he contributed very little in basketball outside the Gonzaga game. He didn’t have the same impact on the BB program he had his first two years when BB was his sole focus. Now the BB program can move on without the false hope that he would somehow make a meaningful contribution after FB season and the coaches may work harder on developing the other big men knowing they won’t have Kaufusi to fall back on in January. He will be better at FB putting his whole focus there and he will be able to make an important contribution. He might have a shot at the NFL but almost none at the NBA.

I am not reading anything into it. The days of the 2 sport stars in college athletics are largely a thing of the past. Kaufusi did some good things on the court but he can do betters things on the FB field. The last guy who was outstanding at both FB & BB, on the college level, was Terry Baker who won the Heisman at Oregon State in 1962 and then played point guard on their final four basketball team in 1963. In those days both seasons were shorter with no overlap unless a team went to a bowl game in football. FB was over at the end of November and BB started at the beginning of December. It was possible for a player to finish the FB season without missing any BB games. Maybe 50 years ago Kaufusi could have been very good at both sports. It is very difficult to do that today and to be a star in one sport almost requires a person’s entire focus.

If he has to pick only one sport I think he picked the right one for him.He did something very few athletes can do. He was a starter in both Football and Basketball at the college level. He played some very good minutes against the number 1 team in the nation and made a huge play that essentially locked up the win. He will always have that memory and can feel proud of what he did in BB and move on to play a sport he should do better at.

I agree with all the comments about Corbin moving on to football only. Good for him and both programs… If only Worthington doesn’t come back to BB. He should join Corbin on the football team. Andrus will be better than Corbin .

Baseball can fit with both sports as a second sport. Especially football because then the player is juiced up to hit massive home runs

There are some athletes that have been able to play both football and basketball in college. Tony Gonzalez starred at Cal in both sports. He played basketball two years and then, like Corbin, quit basketball to concentrate on football.

You do occasionally see guys play both football and basketball but rarely are they key guys in both. The exceptional thing about Terry Baker is that he won a Heisman as a senior and was the starting point guard on a final 4 team in basketball. Nobody has ever done that before and it won’t happen again. In fact he was a three year starter in both sports at a time when freshman were not allowed to play varsity sports. He was one of the all time great college athletes. Baker also played a bit of college baseball and led his HS teams to state championships in all 3 sports. He is forgotten today but when I was a kid he was very well known. He was the number one pick in the NFL draft but never made it as a pro QB.

Maybe you forgot the Ward kid out of Florida State. Didn’t he win the heisman and start at point guard for a very good seminal team? 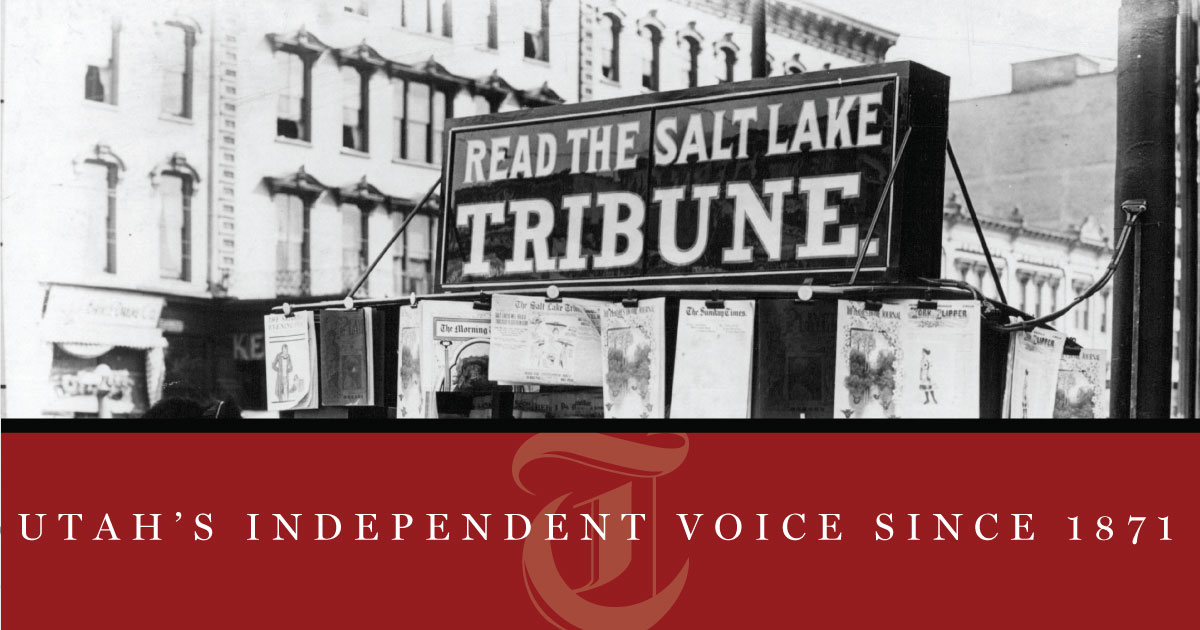 Davin Guinn and Payton Dastrup have mad piano skills, Jamal Aytes and Corbin Kaufusi have quite

It sounds like Kaufusi hasn’t decided for sure that he is not playing basketball next year. Odds are that he will but he’ll discuss it with Rose in his post-season interview. Rose could probably talk him back into coming but short of that, I’ll wager that Kaufusi’s basketball days at BYU are over.

I’m always amazed at the talent some of our athletes display outside of their sport. Davin Guinn carries a 3.9/4.0 GPA and will be entering Law school AND getting an MBA. Oh, and by the way, he is an accomplished pianist. It will be fun to see what he goes on to achieve in life. With all of that on his plate, he probably is done with BBall. Didn’t Jordan Chatman transfer out of BYU because the Law School wouldn’t let him both play BBall and enter BYU Law School. So, Davin is probably done. Aytes is also probably done. His injuries have left him only a shadow of his former self. He is graduating and is probably moving on. Mika, of course, is the other question mark.

Players leaving for sure and freeing up scholarships include Kyle Davis, LJ Rose and Colby Leifson. Those scholarships will probably go to Dalton Nixon, Ryan Andrus and Luke Worthington. It is probable that Kaufusi, Guinn and Aytes will be leaving so who does Rose have in mind for those three scholarships? If Mika leaves, that will free up a fourth scholarship.

I thought we would hear an announcement about some players coming on board by the deadline for LOI. I haven’t heard anything. Maybe some of you are more “in the know.”

Saw that from SLTrib of Jay Drew. Interesting stuff about that event Wed night. Today we should know more after interviews. Quin is for sure will move on as well 8’s and missionary bound on Colby. Hard to tell about Mika but if he does more on, you think Dave Rose would be on his knee telling Corbin to come back

I say Corbin should forget about BBall and finish his Football this year. BUT, Corbin would have played two years of football, should he have another year like Jonny Rugby got another year? I have not heard anything about LOI on Popula (sp?) and I was looking for any where if he has signed to other school - your guess is better than mine.
After that NC of Madness has been really slow time of the year. Everybody on this board are thinning out and becoming a ghost board.
But, we still have VB, Baseball, Rugby and Softball to speed up part of spring and summer.

Yes, Corbin has one more year of eligibility for football than he has for basketball. I believe he will be a senior in basketball if he comes back but will be a junior in football this year.

You are right about this board! Its Spring break and it will be dead pretty much through June and into July. It’s time to go do all those things around the house you’ve been putting off.

Wish Corbin well though wish he had decided that his future was bball spring of 16.

Somewhat though not entirely surprised Nashif is leaving…the offense didn’t gell well this year. and despite fantastic numbers the last few years…always seemed to be missing something.

Personally I think what it was missing was two things:
effort on defense and toughness or a floor leader on offense to step it up and will the other players to go beyond themselves…

Nashif was I think, other than Rose himself, the last vestige of the Cleveland era…Rose will be gone in a year or two as well I think unless he can get the team back up to the standards he expects…

Not a chance. (my thoughts) 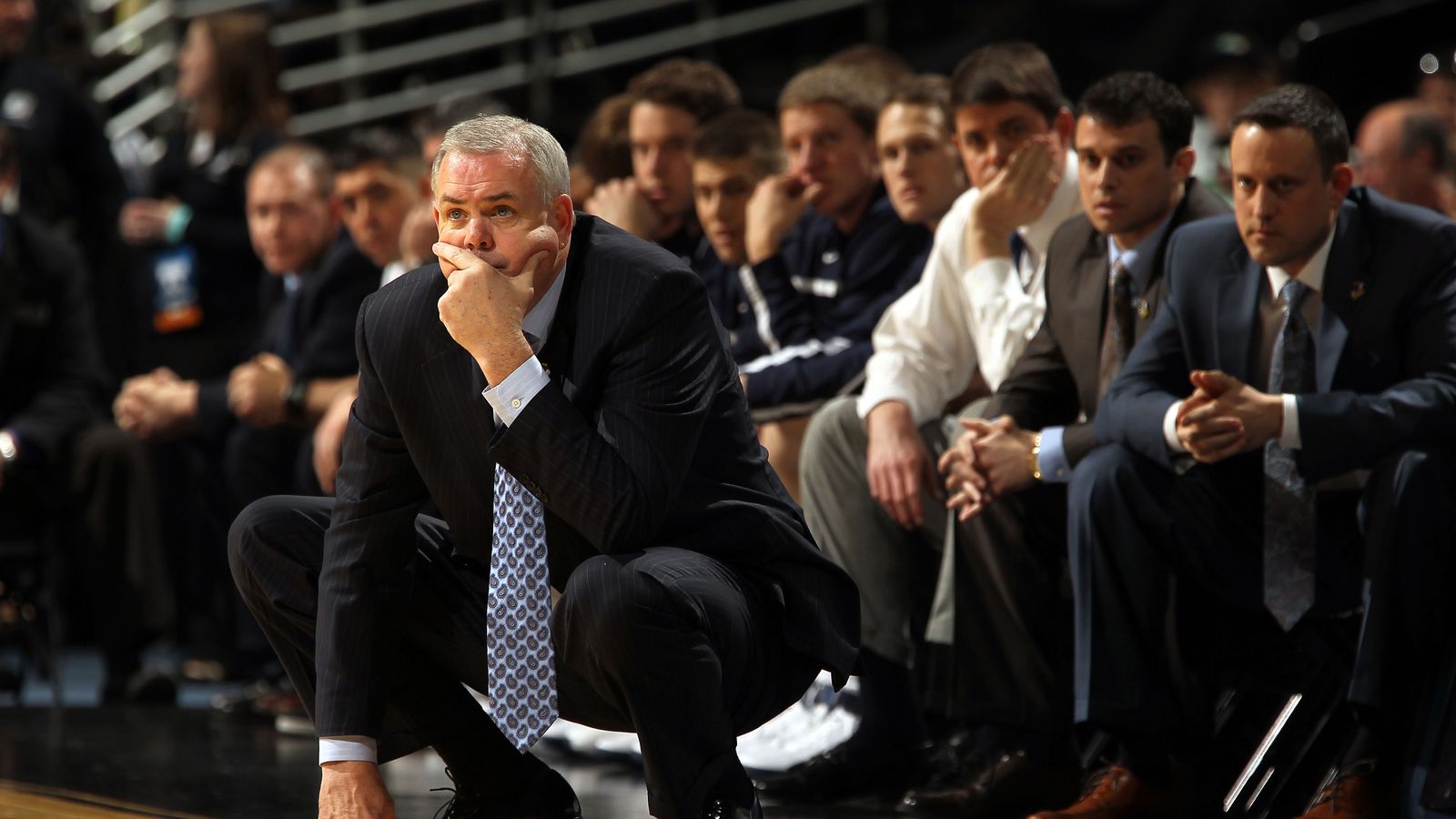 Who will BYU hire to replace Nashif?

Luke never impressed me either. I wouldn’t be surprised if Rose didn’t offer a scholarship to Luke. Congrats to Bryant! Anyone know how his knee is progressing?

Heath Schroyer, who was a BYU assistant from 1997-2001. Since that time, BYU may not have the money to lure him back to Provo.
That is sad about lack of funding.
Noah Hartsock is another one in the mix.

Personally I think what it was missing was two things:effort on defense and toughness or a floor leader on offense to step it up and will the other players to go beyond themselves…

It went a little deeper than this. The term I use is chemistry or lack thereof. All the comments about how well this team got along, I believe, were nonsense. If it were really true, they wouldn’t have to say it. Now there are multiple players leaving, one of which is Beo. Haws was always jealous of him… arrogance is always jealous of humility. Accountabilty is the single most important thing that this BYU team needed and it was never there.

I really hope the Cougars can turn things around, from top to bottom.

Maybe it was not jealous. More like T.J. didn’t like his style to fit in at BYU Basketball program. Or Culture thing.

Probably, as with most teams, the guys getting playing time are happy and the guys not getting PT are not. Mika said again towards the end of the season that he’s never played on a team as close as this one. Mika is leaving so I don’t know what his motive would be to lie about it. As far as having inside information, I don’t have any and I was wrong about a ton of things during the course of the season. So much for my credibility! I have to admit that you and thawk pretty much were the voices of reason this season. You guys took a lot of heat but now that the season is over, I’m thinking you guys pretty much nailed it.

I just love how you assume things Jim… Without knowing any actual factual information to back up besides your “viewpoint”.

you have no clue if Haws was jealous or not, nor do you have any clue what the team chemistry is…

If a player is asked a question by a reporter “How do you guys get along”, what is the player suppose to do Jim? Say “Sorry I not going to comment on it because some fan might take it the wrong way”…

I can not find one credible report that Beo is leaving BYU… There are rumors on CougarBoard that says he is… but we all know how much truth is on fan boards.