So BYU gets a very good grade for the first half. I thought they played well as a team and got a lot of players involved. The first half was a definite team effort though at times I saw some of the same players trying to do it all.on their own. TJ looks good and then tries to do too much. Yoeli was playing within himself. Baxter showed well, Harding seemed like a non factor, Seljaas had a great first half. Emery is still struggling and hurts the team right now. Worthington is the same non contributor we typically see. Overall it was a good first half.

Second half off to a bad start. Not sure why Rose starts the half with Worthington, who had contributed nothing in the first half, but Rose is predictable and that helps opposing coaches with halftime adjustments. A nine point lead is now a two point deficit in the first 5 minutes. I just don’t get it. Luke has 4 fouls now and has inspired Pepperdine. Let’s hope the experience factor takes hold for BYU and they gut out the win.

Good job by the Cougars. Haws was great and I thought the officials were very nice to him as he shot over 20 free throws. It was great to see Baxter and what he is capable of. It is obvious who should be getting more minutes between him and Luke. Yoeli did what he needed to as well. I think the thing I liked best about this game was that the team proved me wrong. They played well and didn’t go through any bad stretches except to start the second half and that only lasted the first five minutes.

Good win and it changes things going forward. It is too bad that Rose still loves Worthington and Emery so much because neither of them did anything this game. Oh well, we will see how it plays out. Hardnett in street clothes… the phantom hand injury must have been a doozy.

I think the real highlights of the game are:
Baxter had his best game as a cougar, we’ve always said that he just needed time on the floor to get used to the college game

A win at Pepperdine, they had beat us 4 out of the last 5 games there. 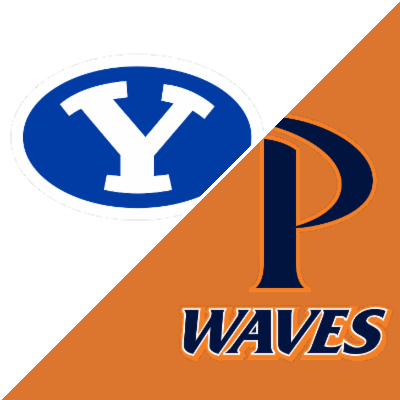 Get a recap of the BYU Cougars vs. Pepperdine Waves basketball game.

His hand was heavily rapped. It’s no fake. Time to admit it.

Emery played very little in the second half. It’s too bad that we lost that lead and couldn’t sub more in the second half. TJ played 39 minutes. Will he and others be ready for SF Saturday. The only thing that happened to help BYU not get too tired was the 68 foul shots. 53 fouls. Too many touch fouls called.

Gavin Baxter, I like what I am seeing on this stats sheet. Didn’t see or listen to the game but wish that I did (I didn’t think we would beat Pepperdine on the road). Baxter 5-5 2’s and 3-3 FT’s - 100%, 6 rebounds and 3 BLOCKS - really nice and only 3 fouls. Need to play him more Dave Rose.
Luke can play against BAD teams but not medium or good teams he needs to play less. Not enough production in all other stats. Exept we can use him only let him get many fouls and rest on Yoeli.
Emery needs to play more defense and assist but not too many playing time unless the team decided to be lazy on defense.
Zag Seljius did better but not consistently every games.

SF Dons and SC played close at the end of the game. If we played like we did last night (except 2nd half of first 5 minues according to JH) we should be ok. Dave Rose needs to stop messing around doing some adjustments unless it is broken.

What adjustments should he make?
TJ said today that this past week, Baxter is doing much better in practice as well. He said he’s finally getting the college game and feeling comfortable in the game. That’s why he hasn’t played a lot to this point. Everyone has a different learning curve.
Emery simply isn’t feeling comfortable on the court. He won’t be back to normal until next year.
Sejlass was reacting well on the court. Played a very good game. Childs was just filling up space and not super active. Yet scored 20 points.

Childs was just filling up space

LOL, brilliant analysis. Yoeli was just filling up space. Where do you get this stuff? I could see you saying that if you were talking about Luke, but even he wasn’t filling up that much space. Usually he would move out of the space he was filling so the Pepperdine players could get to the hoop or he would hack them to try and keep them from scoring.

I get this stuff because I’m a professional analyst due to my 10 years of high school coaching. Your referee experience doesn’t count

So you work for Flakers. I can see you missed Kobe guy and his show biz stuff. Whatever!

You make no sense. Try again…

Jim - I don’t know as much about this as you. Maybe the hand injury is legit. I was thinking you were right on this one. Not sure now…

Great game overall. I do worry about Haws getting tired as we lack PG depth with Hardnett out.

Those refs were pretty bad. A foul on Luke 4 minutes in was a joke. He was standing on the block on defense and a Pep guard ran down to cut and literally bumped into Luke standing there still and they called it on Luke. A couple other mystery calls on BYU, too.

I know we shot a lot of FT’s so I can’t complain too much. Haws does get mauled out there. Ross for Pep seemed like a punk. I could tell he didn’t like pasty white Haws outplaying him. Ross could have fouled out after 10 mins.

Also, Baxter and Bergeson looked great! Especially Baxter. What an athlete. The ESPN announcer said he and some other guy from another team are the two best leapers or dunkers in the WCC.

Jim - I don’t know as much about this as you. Maybe the hand injury is legit. I was thinking you were right on this one. Not sure now…

I don’t know anything about it. That’s the problem. Nobody knows anything. The injury is a mystery, the comments by Rose arre mysterious, everything about it is strange. That is why I made the comments I made. The timing was the biggest red flag. There are no coincidences in life…

Aren’t you the one that has inside information from the locker room? Or is that Fish?

So, why are you calling it fake then? You don’t know but Rose has been talking about it. Just not in detail because he doesn’t want the other coaches in the league to know if he’s playing or not.

Because it came out of nowhere. Nobody is saying when, how or where it happened other than “the St. Mary’s game”? and I do know what Rose has said about it. I read the article you linked, I watched the interview on sportsnation and I have read other articles. I have probably read more than you have. He hasn’t been talking about it at all… other than to say the doctors are going to check it out and they are going to shut him down. That’s all he has said. It is bogus. If he sprained it then he should be good enough to play by now. If he broke something then he should have had surgery or a cast. The longer this drags on the more I feel better about what I said.

The stuff Rose has said has NOTHING to do with whether he wants other coaches to know if Hardnett is playing or not. The other coaches don’t care. That is the dumbest thing I have ever heard… and I have said that about a lot of your posts.

Ross is a punk. Got into it with Haws, Cannon several times and even tried with Yeoli, of course Yo just dismissed him like a mosquito.