Former BYU star Derwin Gray: ‘It’s not enough to not be racist’

I thought this article was interesting, Derwin Gray speaks about his time at BYU and his continued love for BYU.

Just more white shaming. That’s what I think when I hear the words systemic racism. When Al Sharpton is involved the entire movement is a farce. When I see a communist Mayor of Seattle side with and anarchists (BLM and Antifa) I see more white shaming to keep political control by Democrats. I’ve always thought we are all Americans and therefore we should uphold and sustain the law of the land, the Constitution. Not what is happening in Seattle.
With that said, are there bad police? Yes. Then get rid of bad union rules that allow for bad police to stay in the profession. But, the entire country doesn’t need to cow tow to leftist anarchists.

Hopper - I have a new guaranteed best friend of yours. I think he is awesome. He is blunt, unpopular amongst the left, and he is very bright. He’s big on youtube and instagram. Check him out - Brandon Tatum. Former Arizona police officer. 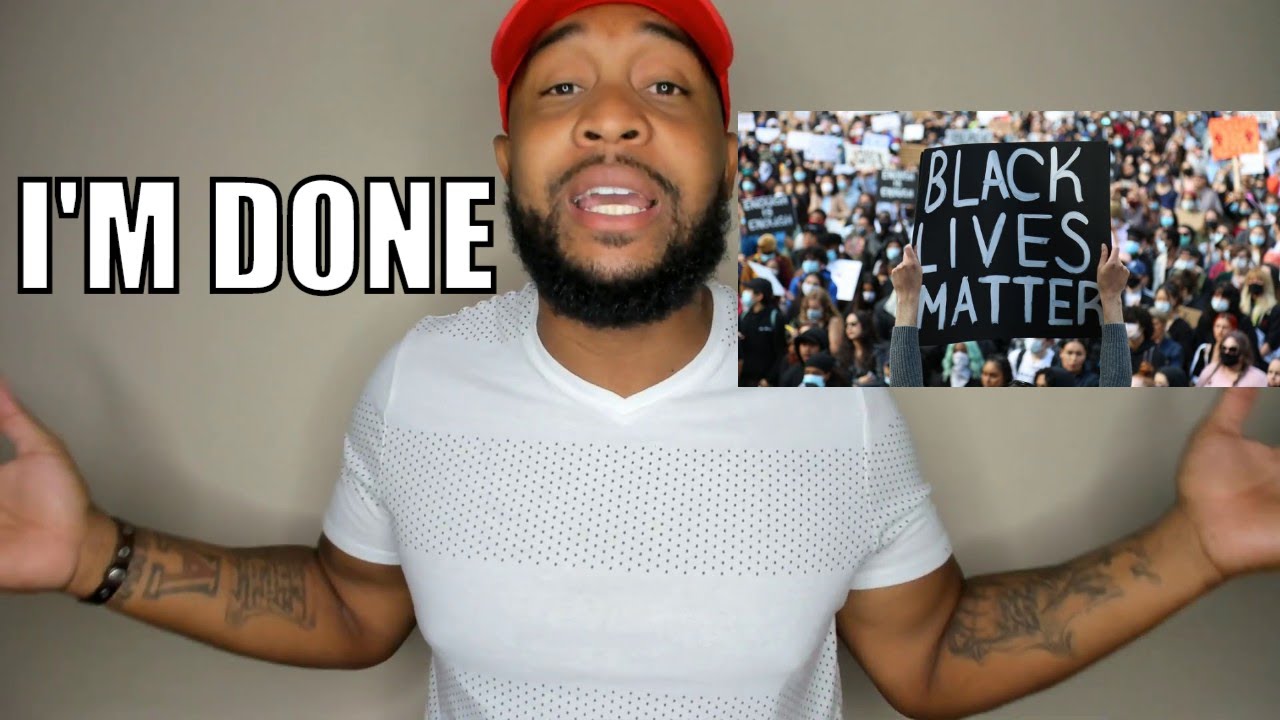 You should have put the link. I did because I’m not ashamed of being white. Because I know that’s a ploy of BLM and Democrat Party. I didn’t watch BYU Sports Nation today. I’m sick of people allowing this nonsense and then supporting it. Imagine me not watching BYU sports. Uggg!!!

Another thing, if only Black Lives Matter, are they then for segregation? Are they just the Nation if Islam by another name?

Sorry about the delay. Busy lately. Here are his viewpoints yesterday on the issue. 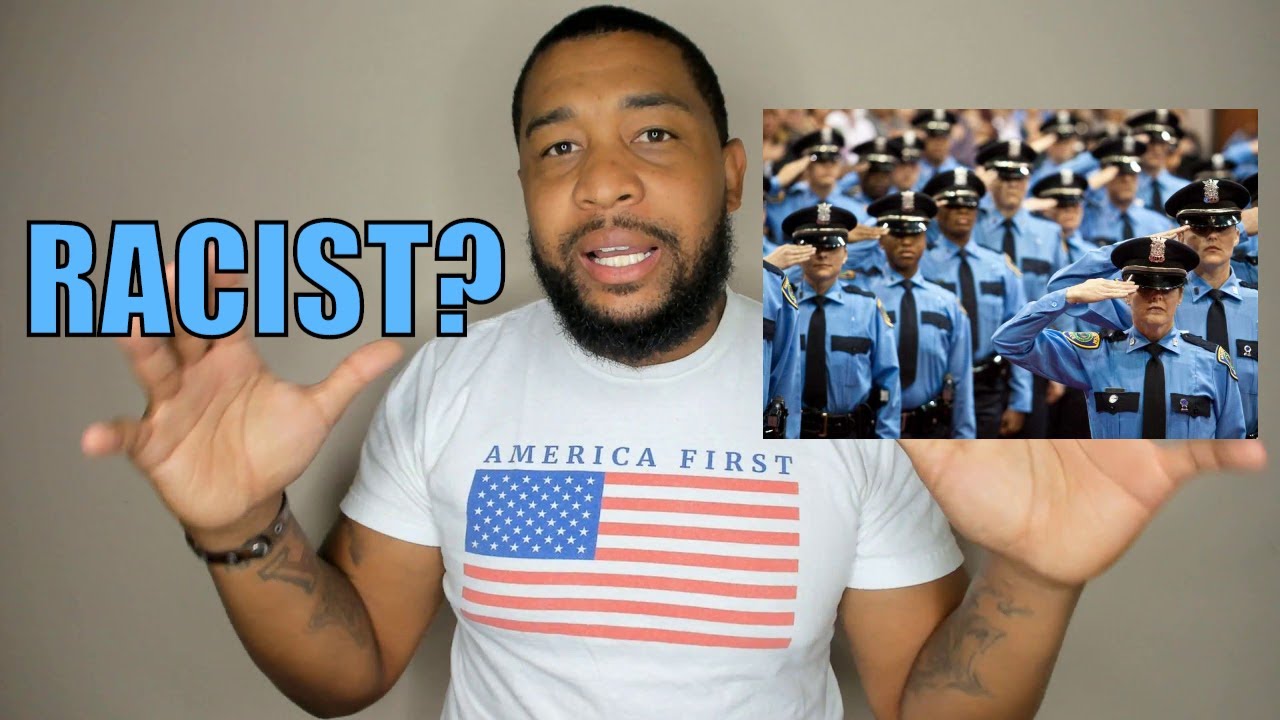 So, what do you think? I think BLM is a segregationist organization that wants to remove legitimate law and order replacing it with a government that will enforce socialism. Like the USSR, Nazi Germany, Cuba, Venezuela, China. Look where it’s led…

I just privately messaged you. I agree that looking at their leaders is key. And look at the results.

This is like clock work…8 months before any pres. election, the left rolls out the protests, gotta get the vote out. Its like the sun comin up in the morning.

Yep! And more now in Atlanta with a questionable shooting. Rioters come out at night and burn down a Wendy’s. Why? How does that help?

So, what do you think?

You think there is any type of underlying conspiracy going on?

Or do you need faxes and emails to prove it?

There are faxes, emails, texts, video, investigations and more for the Democrat Party attempted takeovers of the Government from Trump and the Republicans.

As far as the basketball conspiracy you were putting forth, there was only observations and faulty logic without actual facts.

If that is what you got from Dewey’s comments, then you missed his point, which is not unusual for you.

Dewey was not white shaming, he was saying you need to think “What would Jesus do?”. That when someone (black or white) hears something that is racist, then stand up and make sure that is not acceptable.

His whole point is to bring the love of Christ into the situation to “show the light”.

You then miss the whole point of BLM Constitution for existing. The hosts of the show will never say “All lives matter” again. They want to keep their jobs. Do you have any clue what the mission of BLM is? Every time a police officer kills a black man whether justified or not, BLM has the privilege to start violent protests because of white shaming. And this will continue all the way up to the elections with hope of ousting Trump. It is a conspiracy whether organized or not as you see everytime white Democrat leaders in large cities and Congress bowing down to the movement for political gain.

As far as Dewey’s video is concerned, BYU should be promoting all lives matter. Not one race over another. We are all God’s children. Promoting that there is systemic racism is a load of crap. The facts don’t prove that there is. Are there racists? Yes. Is it systemic in America? No. I can give you a long laundry list of why not if you want.

It is a conspiracy whether organized or not

Yeah, I’ve been saying this about a lot of things…

professional sports being one of them.

The difference is there are actual facts and videos of people saying as much. BLM isn’t hiding there tenant of “only” BLM. They are very open about it. There mission isn’t like MLK’s was of equality and our character matters not the color of our skin. It’s about violent overthrow and fundamentally changing America from its foundation. Lest why would they allow violence in their protest from Antifa. Antifa can say they are anti-fascist but their actions are completely fascist. And not for equality. So why does BLM allow them in their protests?

Nearly 20% of marriages are now interracial. Not something that happens if America is systemic with racism. Or voting in a black man as President, twice. BLM is funded by the Democrats as we know Pelosi and Schiff’s in-law is George Soros. Wonder where the money is coming from.

As far as Dewey’s video is concerned

Video? what Video… it was an interview with the Dnews, Scott.

Here is the best comment of all:
“Well, I’m not a racist.” We live in a day and age where silence actually leads to violence. I believe that the gospel calls us not just to say, “I’m not a racist,” but it moves us to be anti-racist and an advocate for racial reconciliation and justice. One of the things I teach our congregation at Transformation Church is this, to love my neighbor as myself means that I care about things that hurt my neighbor that may not hurt me.

What If I were to start making inappropriate comments about “Jews” Scott, Calling them names and be derogatory towards your mom and dad? Would that make you feel a bit anger with me?

I see racist and insensitive comments all the time by good members of our church, even though our Prophet has asked us to not do that,

Is it systemic in America? No.

So here is a clear case of Systemic Racism in America:
If a person (white and a black) are arrested and charged and found guilty of doing the exact same crime.

The black defendant has a 75 percent higher chance of getting a harsher sentencing that the white defendant. That is a systematic bias towards blacks… AND it is recognized as such by the FBI and other law enforcement agencies.

Another one, a black man will be pulled over more than a white man for the simple reason of where they are driving… This happened to my friend black son in law this past week.

I have personally seen racism up close and personal from my family in the South… So yea, I have also seen systematic racism within our courts to the prisons. I will say, that I do not see it that much in the police sector, but I do see a need for a change in how our police use “force” when dealing with people. I have had this conversations with a lot of cops, and most of them agree for a change.

Admitting that there is “some” issues does not diminish the good we have accomplished when it comes to race issues.

When it comes to BLM, it is another group focusing in on only what they want to focus and not see a bigger picture. I do believe that Cops needs to change their tactics when it comes use of force, having worked with several officers I can honestly say some of them should never wear a badge.

I think we are talking about two separate things. My bad. I was thinking about a video shown on BYU Sports Nation Thursday supporting BLM.

Look, there will always been racists and murderers. But, when 20% of marriages are interracial then it’s not systemic. Talking something up all the time that isn’t a systemic problem just brings out anger in too many ignorant people on this subject. If the far majority of people uphold the laws against racism, that’s doing what is needed. That is good works.

I live in a town where back in the 60’s and before white people out numbered Hispanics and there was systemic racism. By 1971, that racism shrunk drastically. Now, the town is 80% or more Hispanic. I live in a community that is 98% Hispanic. I’ve never felt I’ve been targeted for being white by racists. I’m quite happy where I’m at. Yet, there are Hispanics out protesting that they still feel racism by whites. It’s stupid and this BLM is bringing up unsubstantiated racism and anger. We had a BLM protest yesterday and there are maybe 10 blacks that live in our town. Dewey, stop trying to bring out anger in people.

Floyd: I’m late on the reply, but fun trivia: Dewey’s wife is the former Vickie Ensign; I dated Vickie’s older sister when I was in high school and stayed friends through college. I got to meet Dewey a couple times and was 10000% impressed with his thoughtfulness, kindness, and intelligence. It was no surprise to me many years later to see him succeed with his congregation. My takeaway from his thoughts in the article were that we should focus on Christ, try to be better in all we do, and try to be continually mindful of our words and deeds. Hard to argue with that message! Also check out his motivational speeches at coaching clinics on youtube–he is a FANTASTIC voice for a really positive message. I think a world with a lot more Derwin Grays would be a better world than we have now! Thanks again for posting the story, which I would have otherwise missed.