Steve was asked to take a leave of absence from USC for undisclosed problems.
Supposedly he has a drinking problem. What happened to him? Did USC pull him down.
Here’s the link: 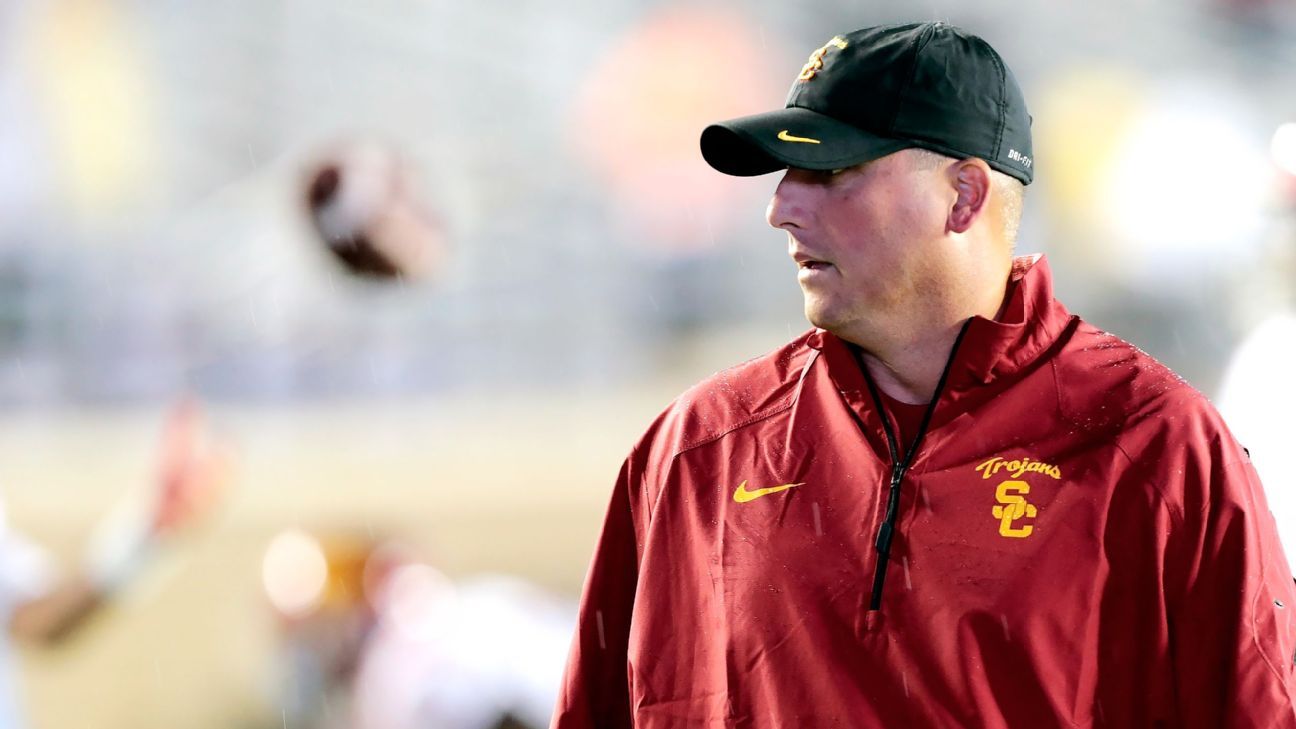 USC Trojans coach Steve Sarkisian is taking an indefinite leave of absence after, sources say, he arrived Sunday to team facilities appearing to be intoxicated.

When did Sarkisian become mormon? Everything I’ve ever read says he was a Catholic playing at BYU. It’s too bad what he is going through.

Steve Sarkisian is not, nor ever has been mormon. He came to BYU for football only, and didn’t return until he coached Washington against BYU in 2010.

Sarkisian is not a Mormon. However, I’m not sure how his religion relates to his current problem. He is not the first former player, nor will he be the last to develop a substance abuse problem.

I’m just sure of it.

You guys are a joke, addiction is such a funny thing, isn’t it? Especially when it can ruin people’s lives, how hilarious. Soooo glad us Mormons don’t have that problem to face, only those other guys, right???

Sickening so many of you, especially for a former cougar great. But he’s not a real cougar since he’s not Mormon, right???

And liberal jumps to another conclusion without merit. I see none of the posts laughing at his situation of substance abuse and divorce. Jim’s comment was to the point of something entirely different.
You know when people complain so loudly it’s because they might have the same issue. Chill dude!

I’m sure that he worked hard to function in the world that he found himself in. I don’t believe in perfect people. I know of both football players and non-athletes who have developed substance abuse problems at BYU. What all of them need is love, support and prayers.
I don’t know where Sarkisian developed his problems. Regardless, he also needs love, support and prayers. As a society, we have a tendency to push away and reject people who are struggling with substance abuse issues. That is precisely the thing that makes things worse rather than better. Whether this is a long term addiction or a short term misstep, I hope he recovers.

Sarkisian is a BYU alum, but he never joined the LDS faith.

You guys are a joke, addiction is such a funny thing, isn’t it? Especially when it can ruin people’s lives, how hilarious. Soooo glad us Mormons don’t have that problem to face, only those other guys, right???

Sickening so many of you, especially for a former cougar great. But he’s not a real cougar since he’s not Mormon, right???

This is a perfect example of making false accusations. Nobody made any claims that you’re complaining about. Especially when you use the broad “You guys”.

Take a hike KC. You are so malevolent in your response. Cool it man.

Good point SG.KC: Is it you don’t believe or you emphasize for us who are imperfect. Only the Savior was perfect. True KC.

Oh for crying out loud… calm down.

He might benefit from a little humor, albeit sarcastic, as he tries to deal with this issue.

I made the same comments about Hall, Hadley and many others.

Why the need to make everything so serious and dark?

Totally agree with you but for some reason we need to be all serious and downcast about it all.

The truth of the matter is that I mention these exact type of situations, right along with those who go hungry or lose family members to idiots like ISIS, in my prayers all the time.

Do I say that to appear holier than thou? Not at all, because I know I am not. I say it to help everyone keep perspective and not flip out over some light hearted comment.

It sucks, but all of us go through things like this. It is what helps make us stronger. I believe he will get through it and come out better than before. It’s better than living a lie your entire life and taking the addiction to the grave with you…

Sometimes I think my offensive line is perfect. But they are only 8th graders, so even if they aren’t quite perfect yet they have time to get there. But I’m telling you they are big, athletic, and nasty. Close enough to perfect for me. Wait, how did I wind up on this tangent? Help.

Third, I agree with KC on one point… Drinking is a serious addiction that I think people take way to lightly. Having had to survived an alcoholic home… I can tell you it is not fun in the least.

Having said that I don’t think Jim comment was meant as a slap to Sark, but the “View” that BYU is a clean cut place with no one having problems with the sins of the world… (am I right Jim?)…

I hope Steve seeks counseling (along with his family, because they need it just as much as he does (dealing with co-dependency issues)) and gets his life back on track. Many have traveled that road and won over their addictions… Prayers for his family…

There is no reason that a guy who had so much success on the football field can’t have that same success in overcoming the problem.

He is totally capable if he makes the decision to do it and it is important enough to him.

I believe he can and will.

Jim, the key is does he “feel the need” to make changes in his life.

If a person does not want to change or does not feel he needs to make changes, then there is nothing anyone can do to help him.

Respectfully Floyd, there are no underlying issues / problems that cause alcoholism / drug addiction. A person may have problems in their life that leads them to turn to alcohol or other drugs but once the physical addiction (at the cellular level)starts that is the real basic problem. Once they can overcome the addiction, then they will have to face and overcome whatever problems exist when they become sober, as well as maintaining their sobriety. But the addiction is the base problem while using. Dealt with this with a family member who was addicted, got treatment and has been sober for a number of years.

Roy,
What is your background on this subject, I am just curious as to why you would think that there are no underlying issues / problems that cause alcoholism / drug addiction? because every Social Worker, Doctor, Psychologist and AA member I have dealt with says differently. I am not trying to be contrary, but I have some real time experience in this arena…

They have said that the reason people turn to alcohol/drugs is because of an underlying emotional or psychological issue in their life. Booze is the way they choose to deal with that issue. THAT is the reason they Drink/do drugs…
Yes, there is physical addiction problems once they get addicted, but why are they drinking in the first place?
if people with drug/booze issues do not choose to deal with the real reason they are using (Why they choose to drink) then nothing really ever gets resolved totally.

I am a son of an alcoholic parent, whose both grandfathers were alcoholics… so it runs in the family… I have a 65 percent higher chance of getting addicted to booze than someone who has not alcohol issues in their family tree. I have dealt with this issue for more years than I want to admit. When I had children and they became teenagers I had to sit down with each one and explain that using drugs or booze is more dangerous than they might think… Not only because it is against the Church Doctrine, but because each of them has a pre-disposition genetically to get hooked sooner than others…

Trust me, there is always an emotional reason people becomes addicted to drugs and or booze.