This election is a farce

The Democrats filed lawsuits in several swing states and got the Green Party thrown off the ballot. One of them was Michigan.

Yes! Why do Democrats always win court cases and fraud and Republicans don’t? Because we walk softly and carry a toothpick… Glad to see Republicans standing up. 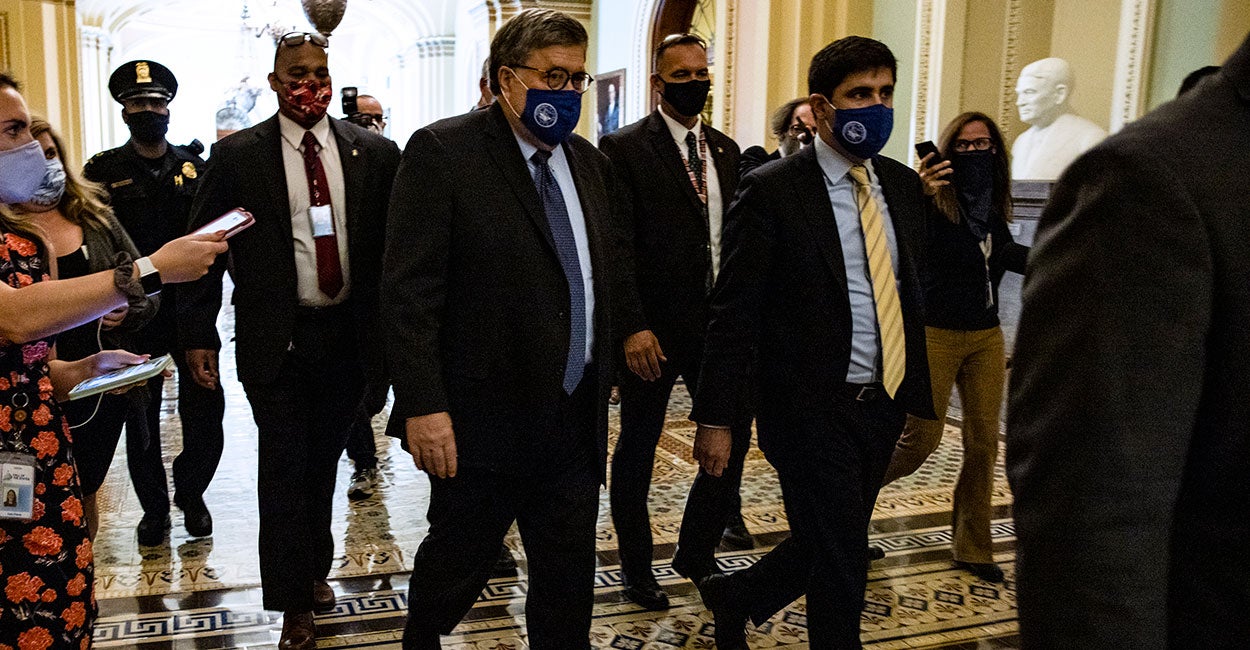 Here's the Latest on Litigation Over Election Results - Conservative Dispatch

Alan Dershowitz a prominent constitutional lawyer (and a liberal) said Trump’s strategy was to get the election results thrown out in enough states to put Biden below 270 electoral votes and then the House of Representatives will decide the election. Dershowitz said then it wouldn’t be a vote by each congressman, which would deliver a Biden win anyway, but would be decided by which party has control of the most state delegations which the Republicans currently control 26-23 and that being the case Trump probably wins. This is according to the constitution and there were a few elections in the 1900s that were decided in the House. I think they may have all involved races where there were 3 candidates but I would have to research that to be sure.

I think that may be the only realistic chance to flip flip the election but it is a longshot at that. Enough evidence would have to be presented of fraud for the Supreme Court to throw out the election results in enough states to put Biden below 270. I think the count is currently 306-232. Throw out Pa, with 20 electoral votes and two others with a combination of at least 17 electoral votes and he is below 270. That could be combination of any 2 of the other battleground states of Wisconsin, Michigan, Georgia, Arizona & Nevada.

Here is a link to the article I read:

I read the Bongino report daily and the news articles they cite for allegations of fraud tell a far different story than CNN, MSNBC, CBS, NBC, ABC who all report the mantra that there is no evidence of fraud. If there is evidence it will be presented in the lawsuits and what happens in lower level courts will eventually be appealed to the Supreme Court and they will decide on the question and what the remedy will be.

I just edited my post some while you were replying. Whether anything comes of it or not we will find out in due time. It is still too early to say it is over regardless of what the main stream media and even some Republicans are saying.

Just read this on the Bongino Report:

Rudy Giuliani and the Trump campaign held a press conference on Thursday afternoon bringing forth a detailing of their exhaustive evidence of voter-fraud and irregularities.

The Trump legal team held a press conference alleging massive fraud. I have been reading various articles since election night and I believe the election was stolen. All you will hear on major mainstream news outlets is that there is no evidence and they will say that regardless of whether there is or not because the people who work for them are overwhelmingly Democrats with the exception of Fox which leans somewhat conservative. The mainstream news oultets are no longer reporters of news. They now play the role of driving an agenda. This can be true of news outlets on both ends of the political spectrum. The major difference is that the conservative outlets are much smaller and much more transparent and there is no question which way they lean. They make no bones about it. The mainstream claims to be objective which is a complete farce.

Whether the evidence can be persuasive enough to the point the Supreme Court will intervene on some level remains to be seen, There have been elections decided in the 19th century by the House. It wouldn’t be without precedent for it to happen in this one. Whether the election results are overturned or not the irregularities are many and varied and need to be thoroughly investigated regardless of the push for states to certify their results and the push for Trump to concede.

Dominion backs out of Pa. hearing hours after Trump attorney accuses firm of...

Dominion Voting Systems "lawyered up" and backed out of a hearing in Pa.

The election was a farce and if a higher power doesn’t intervene we will be stuck with socialism,communism and death.

Still can’t wrap my head around all the contests that were stopped when Trump was winning…then started up with massive swings in Biden’s direction.

Anyhow, for what it’s worth, Dems did not have the “Blue Wave” that they predicted despite outspending Reps 3-1 in most state and local races tell a much different story about the future trajectory of our country. Here is a great read:
Newt Gingrich: In state legislative races, red tsunami replaced blue wave that never came | Fox News

Newt is bombastic at times but explains how Governorships and State Legislatures are still very much conservatives moving forward. I also took notice that California, and it’s 39 million voters, takes in roughly 1/3 of the 120 voter block that Dems claim. I see real rebellion in the future for California voters, They are moving out of droves (to Utah, pisses me off), They are tired of defunct power companies and summer outages, they are tired of the global climate crap and how lack of common sense forestry policies have created SUPER FIRES. Cal. voters have just had it. Mark it down.

If Republicans don’t win Georgia you will see it doesn’t matter about no Blue Wave. The Democrat will put in place the ability to remain in control of all three branches by making Washington DC and Puerto Rico Blue states with 4 new Senate seats and a bunch of House seats. And, more Electoral College votes. Tyranny is happening.

This is a new development.

Texas filed a lawsuit directly with the U.S. Supreme Court before midnight on Monday challenging election results in four other states.

Read the article to see the reasoning behind the Texas suit. When I read the headline I scratched my head as to how Texas could have standing to file suit on election laws in other states but there is reasoning behind it. I don’t have the time to lay it all out so read the article. Makes me proud to be a Texan ( transplanted from Utah since 1977). I have no idea whether the SCOTUS will even take the case but it shows that many are still not conceding the election. There is no question there was massive fraud.

The short of it to me at least is that 4 counties have stolen the election. Philly being one of them. Az’s has also fired off a lawsuit for fraud. They contend that the voting softwire, dominion is rigged.
Cruz would like to argue the PA mail in changes that does not require a dated stamp, signature or correct information.

Cruz is a brilliant lawyer and per Alan Dershowitz, his Harvard Law professor, was one of the brightest students he he ever had and Dershowitz is not a conservative. I would love to see Cruz argue the case. He isn’t particularly well liked by a lot of people outside of Texas because he was a Tea Party darling and was blamed for shutting down the government several years ago during the Obama administration but there is nobody I would rather have as an advocate. In fact in Texas his popularity isn’t what it used to be. The fact that the silly little boy Beto O’Rourke, the darling of the Hollywood turn Texas blue advocates got within about 3 percentage points from him in the midterms in 2018 makes me worry some about Texas. Texas is still red but could become California in a generation.

Texas had no voting problems because they saw the Dominion Voting machines for what they were several years ago and rejected overtures to use them and in fact have rejected using the voting machines on several occasions. Those machines shouldn’t be used anywhere.

The Dems didn’t touch Texas in the election this year. They didn’t come close to flipping the Senate seat and didn’t gain any seats in the house or the state legislature and that is because Texas ran their election like it was supposed to be run and not like some third world country trying to rig an election. The national MSM was drooling over Texas turning blue but it didn’t happen and didn’t come close to happening. It was another case of phony polls trotted out by media trying to influence voters. It didn’t work here.

I totally agree with you. At least for national Elections like every 2 years for Congress and every 4 years for President. And, the standards have to be U.S. Constitutionally sound. This is such a fraudulent election and we have to live with it?

This brings up a point about polling corporations. If they are going to try and manipulate voters they should be designated as part of the campaigns.

There is another one that is very good constitutional lawyer that is also good friend with Ted Cruz. That is Mike Lee from Utah.

I think the combination of those two could be very powerful.

It’s all a matter of whether the Supreme Court will even take the case. It is interesting but I have no idea of how the Court will view the suit.