This has some weird details 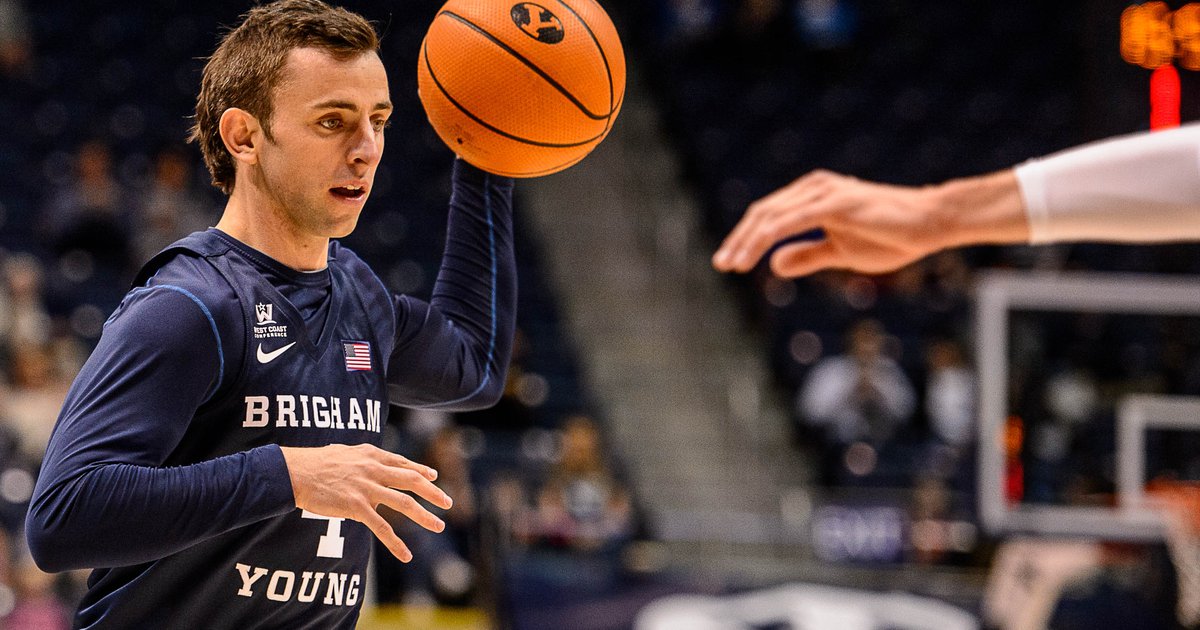 Provo • Brigham Young University and the NCAA are investigating whether a booster paid for travel to concerts and an amusement park for men’s basketball player Nick Emery and gave him use of a new car, documents and interviews show.

The booster signed the title over to Emery’s parents? That’s really nice of him . . .

Maybe it will end up being proven that Emery (or his parents) paid his own way to the concerts, Toronto, amusement parks, etc. It still looks weird, especially when the booster said “we’re friends and he paid for everything for himself” but refused to say how long he had known Emery.

The booster signed the title over to Emery’s parents? That’s really nice of him . .

Didn’t see that one, really interesting. Do I really believe SLTrib? And a lot of details from the Trib kept on going, on, on, on, on…

I’m ready for new basketball season. It will be interesting how the Lobos Fans going to behave at the Pit. I wouldn’t want to be in that building with their fans.

The SLTrib is anti-BYU, but it doesn’t get details wrong (which would blow up on it and put egg on its face).

We’ll have to see what, if anything, happens with the investigation.

The real question is how long and the nature of the relationship.
Long term relationship makes it less likely to be considered a violation. It would really be friendship thing not a benefit from being a famous bball player at his favorite school.
Nature of the relationship does include parents if parents are friends then less likely to be a benefit.
If he paid his own way, or his parents paid, then it is still possible it is a disallowed benefit because such opportunities were not offered to non-famous non bball playing byu students. Though one of the tweets did include a picture of non-famous, non bball playing friend of emery which does tend to favor friendship over benefit.

Correct. If he were an old family friend, he would have said so. When asked how long he had known Emery, he refused to say. That doesn’t bode well.

The giving of the car to Emery — and especially, signing over the title to his parents — looks really bad, if he isn’t very close to the family and hasn’t known him/them very long.

This will be a good weapon for Jim Hawks to bash Emery and the LP3 ( sorry LP2) for the season.

Did you notice, though, that the DNews article didn’t talk about the car at all? That’s the really serious allegation. It is very homer-ish not to have mentioned that.

Everything will all come out in the wash, regardless of what the Trib or the News emphasizes or ignores.

I talked to a brother in our stake (used to be in our ward, but is in an outlying branch for a few years) who knows the Emery family. He said that Nick went through a terrible divorce this summer, and it’s his ex-wife’s family that is tipping off the NCAA and the media about this. If true, BYU and the NCAA may have lots of documentation.

Well the divorce then explains a lot about the up and downs of last year. And the wild man look he’s been dishing out this summer.

With Hardnett around Nick may end up a really good 6th man this year.

You’re assuming Rose will relegate him to 6th man. When has he ever done that with any of the LP kids?

Let me rephrase that: with any of the LP3?

Why do “Boosters” do this knowing that it will come back and hurt the school and players you are supposed to be helping? And why to players like Emery fall into this trap knowing it could ruin their opportunity?

there is a theory that this is due to “payback” by the ex-wife.

the question I have if Nick paid for the vacation himself, how is that a problem.

so if his family uses a travel agency to go on a cruise and the owner is a booster, even though the family paid the expenses… it is. NCAA violation?

The car is a bigger problem than the trips. It’s hard for me to see Nick paying for these trips to concerts, amusement parks, Toronto, etc. himself, unless his family gives him a lot of money to play around with. He’s a divorced student-athlete, and they aren’t allowed to have part-time jobs.

But a car given or loaned by a booster? That hinges on how close of a family friend the booster is/was, and his responses to questioning from the media weren’t good. Again, it is really weird that the DNews didn’t even mention the car issue.

If there are skeletons in the closet, and the ex-wife is bitter, BYU could get a black eye from this because of a stupid booster and stupid player.

If Emery got a car and vacations from the booster and the booster paid for them then there is a big problem regardless of who reported it. If Emery, or his parents, paid for this stuff then I guess I don’t see a problem. Hopefully there isn’t a problem.

his parents, paid for this stuff then I guess I don’t see a problem. Hopefully there isn’t a problem.

This is the question in this part. I don’t see a problem if his parents are involved but NCAA have something in their rule book.

All we can do is wait when I hope very soon, lets say early November and no later.

I think they will look at the timing of the pay by the parents. If it’s after the transaction or usages, then there is a coverup and now the parents will be in a legal conundrum.

legally anyone can let anyone use a car before or after buying or even just as a permanent loan.

The issue isn’t legal at all. The issue is that the NCAA has rules that prohibit legal activities so that rich schools don’t play unfairly against poor schools…oh wait…that is exactly what the allow…just so long as it doesn’t help specific more famous athletes in more popular sports…

Yes — if you’re not a scholarship athlete in the NCAA.

You can’t give loans to athletes, so regarding the car as a personal loan doesn’t help.

The thing is he let Emery drive and use the new Jetta, and when there was scrutiny, he signed the title over to Emery’s parents. The investigation is hinging on how long and how deep this friendship with the family is/was. If it appears to be non-existent until Emery’s advent as a BYU athlete or later, that says . . . what?

If there doesn’t appear to be any substance to the friendship, then the concerts, amusement parks, and trips are also problematic, aren’t they? The booster owns a travel agency.