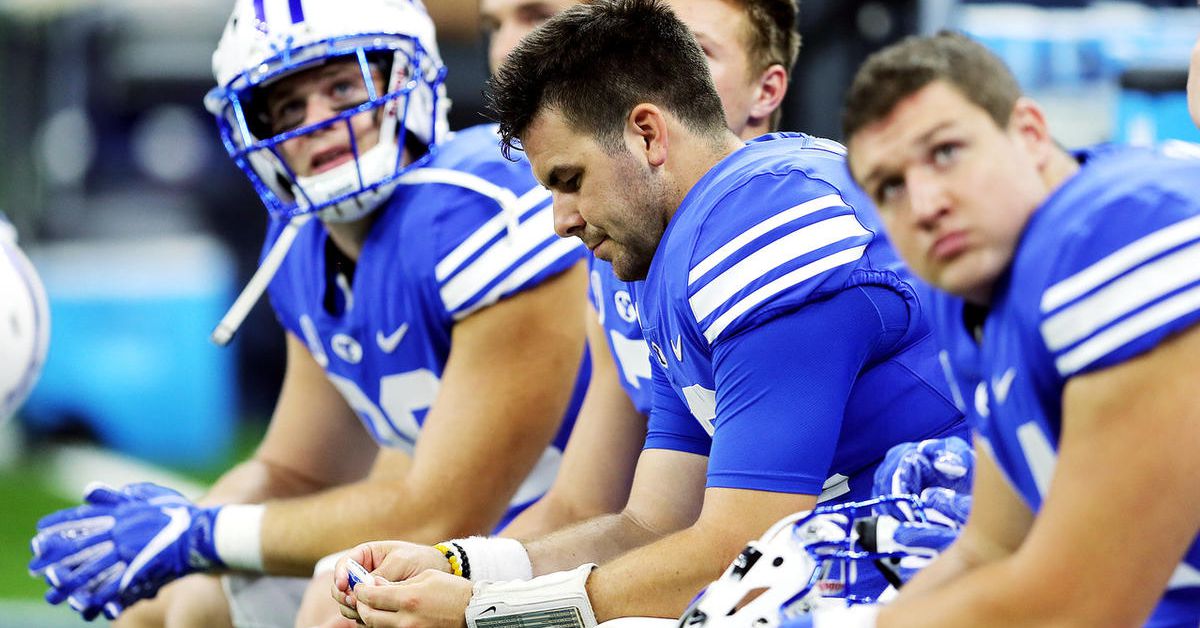 The rise and fall: An inside look at the decline of BYU's marquee sports...

The promise of the late 1970s and 1980s is long gone, and the school's big gamble to try life as a college football independent has not yielded the desired results.

Well Floyd, you got your wish. Detmer is canned and now who will be the new OC? Think Chow will give it another try at his age? Who? Sometimes people overreact and not think about the consequences. Like who Floyd?

Well this is the right call. Ty is frustrated and the lack of experience just over whelmed him. I agree with the termination but Ty would be a good QB coach with no OC responsibilities or play calling allowed. Fortunately for the DC, Ty is the falll guy because if Ty wasn’t there to fire, the DC would have been fired and he probably will be next year. The next major coach to be shown the door at BYU is Rose. He will be gone by the end of the year! He just doesn’t have it anymore and frankly he has never had it in recruiting post players. He had Mika fall into his lap and Davies also and not a single other big man was worth anything over Roses entire head coaching gig at the Y!!

I’ll ask you the same question. Who will be the OC? Another rookie to D1? Rose will stay as long as he wants to. His record is solid and the health issues of the past will give pause to thoughts of firing him.

there are a lot of OC’s out there that actually have D-1 level experience. ■■■■ Harmon mentioned just a few…

but go ahead and be a “sky is falling” fan.

I loved Ty for how he played, but he was often overwhelmed when he coached this year.

he needed some experience before trying to be an OC.

I don’t know who Sitake will pick as the new OC. But I do know it won’t be Ty and he will have to get someone with experience. I think there are lots of better options than Detmer. Just because you don’t know who will be a successful OC doesn’t mean you leave TY in over his head and leading probably one of the worst offenses in the nation and the worst offense in BYU history from 1965 through today.

Why would anyone come to be OC at BYU? They stay for 2 years and then they are gone. We will see if someone decent will come. Not holding my breath. No one could have done better with the injuries we had this year.

LOL… How wrong you are…

Ya, then why was Ty the one that came? No college coaching experience? Hummmmm?

He came Scott, because he felt he could do the job… Plus it was Tom Holmoe that asked him to come back to BYU…

I have no reason to believe Ty felt he could do the job… and based on his comments in the past, I think he under estimated what it would take to do the job and how to adjust to the college level.

Yep, and now that he’s learned, he’s gone. And what we have left are his recruits with no one to coach them. How many do you think will stick around? Consistency is very important. Give Ty his recruits and stay healthy so he only has to play 2 deep during the year and see the turn around. Ty had a couple of 4 and 5 QB recruits ready to sign. I doubt that now.

If we gave him 5 years, I assume he would eventually figure out how to consistently pound lesser teams, and maybe even learn how to streamline his offense to better fit college, call plays his team can actually execute, and game plan better. But by then, Kalani would have been fired and Ty would be gone with him.

Again, design the system to give yourself the best chance to beat the best teams on your schedule, especially Utah. We will not overpower those teams. 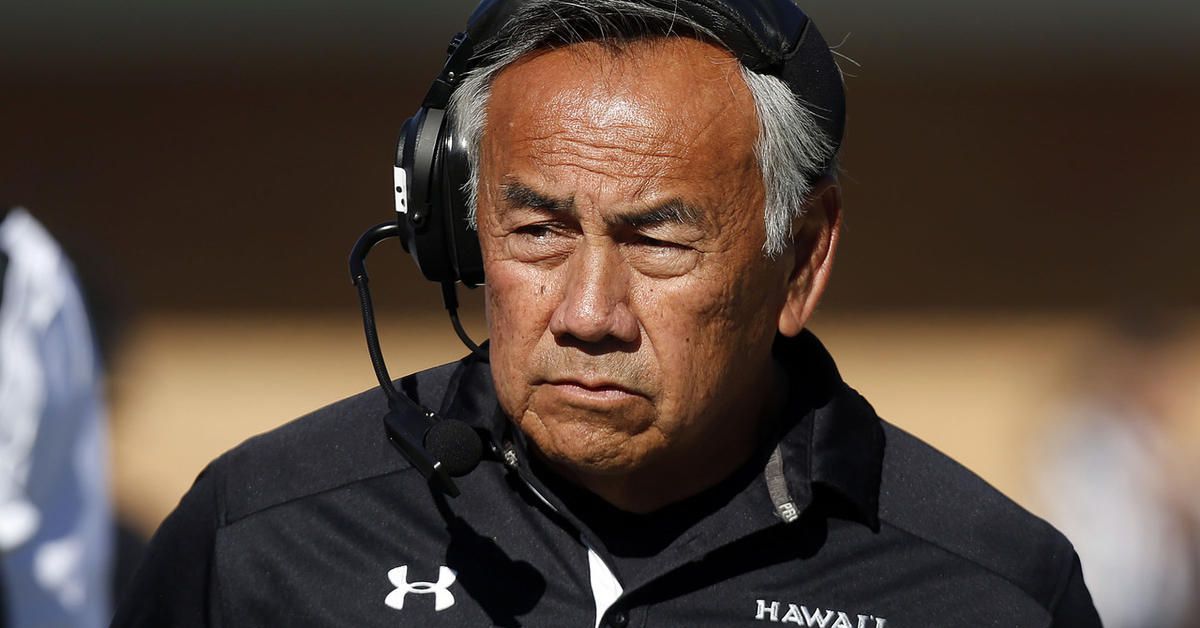 It remains to be seen who Kalani Sitake will hire as offensive coordinator, but here is a group of possible candidates for the coveted BYU position.

So Tyler, you so knowledgeable and certain about Ty’s past and especially about his future as OC with BYU. Are you a D1 college coach or have been a D1 coach. Also are you a psychic or prophet to know so much about what Ty would or would not do in the future as OC. I will be interested to see how many SUCCESSFUL, D1 college coaches apply for BYU’s OC position. My guess is that they will have to hire someone who does not have much D1 experience, much less a proven D1 OC.

I think it is pretty crappy to entice someone out of a very comfortable life in Texas, an icon of BYU FB history and kick him in the teeth after only 2 years. I am embarrassed and disappointed in BYU as a fan of almost 5 decades. My respect for BYU and the athletic department has taken a real hit, particularly after letting BM hang around producing a mediocre program for several years. He would still be at BYU if not finding a $ windfall job at Va.

Ha. You know I’m not, which is presumably why you’re asking, implying that because I lack D1 experience I can’t comment on what I’m seeing. Are you a D1 coach? Kalani is a D1 coach and he did fire him and he worked with Ty for two years. Are you going to disagree with Kalani who is a D1 coach and saw Ty coach every day?

I’m basing my opinions on what I see and know, just like you.

I have no idea who they can get, but they’ll probably get someone who was a position coach at the D1 level or an OC or HC out of the lower ranks. Which is a lot more experience than what Ty had coming in. Above all, he can’t be a system coach.

Firing Detmer stinks. But it seems like the only reason we’re having this argument is because of who he is to us. No one is pleading his case if he didn’t win the Heisman. Can we both agree Detmer shouldn’t have been hired as OC and put in this position in the first place? We all know why it happened…it got the fan base going. We all believed. But he should have been the QB coach.

Ultimately this is a performance-based business and he didn’t perform. That was what Kalani thought, too.

Well Roy, BM did I find another job so BYU had to find another coach so I don’t follow your argument. Ty knew if he didn’t perform that this would happen. Ty has seen countless coaches lose their job over his career. He did a terrible job! They are still paying him so don’t feel to bad about it.

Roy, Ty did not do a good job last year either. Where did you get that info? Look at the offensive averages and also factor in the ability of Hill and Williams to bail Ty out. Our offense was still below average last year. BYU doesn’t have more loyalty to Ty than it does to the team and the program. Ty is still on he payroll! Obviously you don’t know Ty’s personal financial situation because you would known that he wasn’t lured out of a retirement in Texas. He lost a ton of money because of a poor financial advisor and he needed a job with good pay. Don’t feel sorry for him but be happy that BYU gave him a shot and paid him over a half million a year to try him out and see if it could work for both parties. It just didn’t!

His offense was below average last year and almost the worst offense in the nation this year. Trend is going the wrong way and BYU cut its losses but not Ty’s pay. Sleep better tonight!

There is very little chance that 4 and 5 star recruits will come sign with a program that is 4-9 and the QB position is a disaster. So don’t think we lost anyone because of Ty’s demotion but do realize that we were losing lots of players because we stunk as a team.

Yes, it is too bad that the team won 9 games last year but that performance was because of everyone else other than Ty. This year the team stunk it up and the only one / thing wrong was Ty. Pretty neat little picture.

Yes, Ty lost a lot of money due to an LDS scum artist but he was not close to being destitute.

I don’t remember saying BYU needed to be more loyal to Ty that to anyone else. I think the firing is crappy for anyone other than Ty - in the same circumstances.

If you think I lose sleep over anything BYU then you are not very psychic at all.

Again, I say that Ty did have a lot of difficulties with organizing and maintaining a superior offense. However, game after game after game Sitake kept saying he was the HC and he is responsible for the program and he would get it fixed. Did he get it fixed? No, he waited till the end of the year so he could have a scapegoat. BYU football is becoming as money grubbing as top flight schools and losing the illusion of being a special place where winning is important but not the only goal. Oh well I guess it was bound to happen.