USF is a formidable opponent

Hardnett is injured. What’s your problem with Hardnett. Haven’t you ever been injured?
I agree we got complacent and got away from our offense. Turnovers will do that when you do it once every minute. That’s 7 potential shots we missed out on.
Now, we have to hope someone knocks off SF in the remaining games. I doubt that will happen.

Until BYU gets a coach who will recruit better athletes, and not lose the good athletes we do manage to sign, we will continue to be an NIT bubble team year in and year out.

Nailed it………The folly of signing Mr. Basketball types. They don’t defend a lick. You can hide them on a team with some good defenders/athletes.

How about that Baxter? 5 blocks, 7 rebounds and probably a dosen altered plays that don’t make the stats.

Ferrari was by far the best shooter on the floor and we let him run loose.

No one could defend him from BYU’s team. Class act, he stopped to help up how many players? Meanwhile Haws just shows distain for refs and players. Not throwing Haws under the bus, he played hard as always, he just needs to grow the heck up. Ferrari just cemented his “best in WCC” with this game.

t. Until BYU gets a coach who will recruit better athletes, and not lose the good athletes we do manage to sign,

As long as BYU is in the WCC, this will never happen… Sorry folks, kids do not want to play for a team who is an third rate league.

Let’s see…play in a high school gym or a coliseum? which would you pick?

It was a crushing loss. I was so excited when Baxter dunked off the Haws pass to put us up 13 with about 6 minutes left. But boy did it then unravel on both ends of the floor. Very depressing night. I had to watch the end of the Rockets-Lakers game to try to get my mind off our stumblin bumblin EmeryCannonless Cougars.

I had to watch the end of the Rockets-Lakers game to try to get my mind off our stumblin bumblin EmeryCannonless Cougars.

Love it when the Rockets lose.

As long as BYU is in the WCC, this will never happen… Sorry folks, kids do not want to play for a team who is an third rate league.

Let’s see…play in a high school gym or a coliseum? which would you pick?

A lot of truth in that statement. But Rose has to answer for his sins…He signed a stable of 4 star recruits, ran off the athletes and kept his favorites. Underperformed year after year. We need a change

Gosh, can you even imagine how easy it is for opposing recruiters? And DR makes the problem worse by playing favorites when it seems so irrational. I think the Rec League is a joke, but do recognize that Mark Few has built a powerhouse while playing in HS gyms, while BYU has done nothing but get WORSE playing EASIER competition since we joined the YMCA league. THAT is on DR. IE: Yes Jashire is hurt now, but he was not hurt when DR told him that he was headed to the bench to make room for Emery–who had proven nothing on the court, and been a total embarrassment to the program off the court. And the result? Frankly I’m surprised that Harding or even Bergerson–two young guys with length and potential–aren’t getting Emery’s minutes, because Emery has been worse than terrible since his return.

Thanks Jim H. Girls will be girls and Boys will be Boys.

What about Emery? I just can’t understand that guy. Either he is on or he is off, so far off he isn’t even in the game.

Really the WCC isn’t the problem at all. Dave Rose has huge issues with judging talent correctly. Gonzaga kids have no problem going to Spokane and playing in small market gyms. The small gym argument is a loser. Duke has a small gym! The whole issue is winning and Rose can’t win against good teams on a consistent basis. In BB, unlike FB, the entire country can make the NCAA tourney. BYU could make the NCAA tourney playing in the little sisters of the poor league. If we lost to GU and no one else in the WCC league …we would get an NCAA invite. Rose schedules dubious out of conference games with lack of big competition … generally! When he does schedule tougher teams … we almost always lose! Rose can’t blame anyone but himself and we don’t have anyone … or location … to blame except Rose and his office.

Don’t agree. We had Dastrup, Chatman and others come to BYU. It isn’t the league. If it was the league how does Few end up with 2 NBA players like this year? Delevadoga and others play in the league.

A) Few is a great coach
B) Gonzaga is the only team that has produced a consistent top caliber team in the WCC
C) Few does not have the same religious and Academic standard as BYU.
D) WCC will always be a one bid league.

Correct, Floyd. Highlight and bold point C a hundred times as those are our big hurdles.

Other programs have had some good teams and made a run at the golden goose on occasion but they are the golden goose and like Duke and some others, it takes a herculean effort combined with some objective and fair officiating to take them down. That just won’t happen on a consistent basis…

SF sits comfortably at 48 in the rankings, BYU has slipped to #80, which is where they have stayed all season until their magic road game wins.
I guess you could say that BYU played to their potential and San Fran had a LOT more to play for. 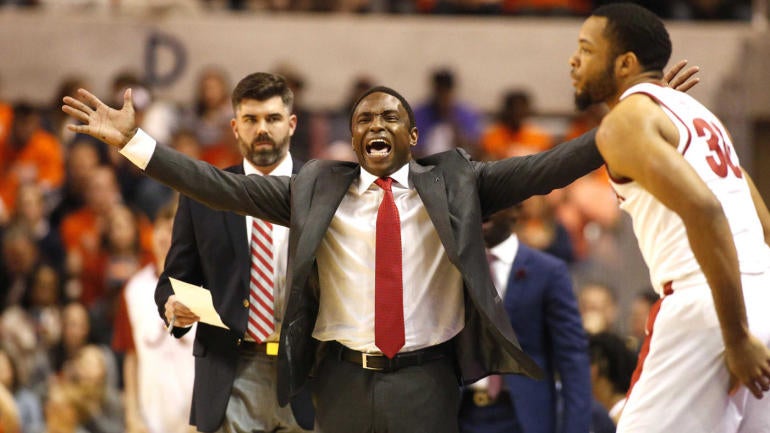 Bracketology Bubble Watch: It could be last call for Alabama; Ohio State could...

I think there is some bias going on when it comes to the WCC, they are rated 6-7th best conference and yet they are considered a 1 bid league while others, lower rated, namely P 12 have 3 bubble teams

If SFU does not get the invite, it is because they did not schedule anyone

some objective and fair officiating

Well we are in the WCC after all, where we have some of the best officials… Right?

I think the player’s transfer from BYU has hurt BYU recruiting… Recruits see 3-5 star players leaving the program for no “apparent” reason… and wonder why? Now I will say this is all conjecture on my point, but the transferring of players have to have an impact, right?

Not often do I agree with Hopper but on these points … I do!!