Just not next year… LOL 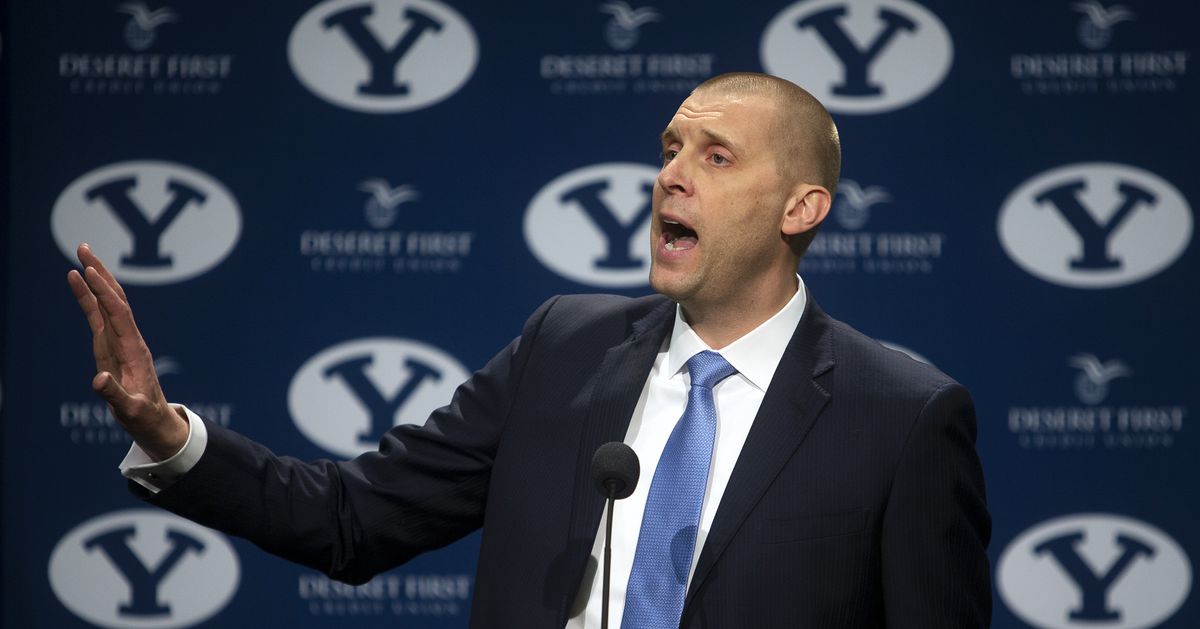 Toolson announced his decision Thursday night, choosing BYU over offers from Utah, Utah State and Boise State, among others

Tanner Toolson, Darlin Hall and Saunders are very very good starting Guard group.
So who are our starting big guys for year 2022 and on?
Did Tanner Toolson played at the same school or conference of Jordan Chatman in Vancouver Washington? Both of them were Mr. basketball players amazing. And too bad we didn’t have Jordan for four years and yes he should’ve played more those two years at BYU

Jordan Chatman and Tanner Toolson were both Mr. Basketballs of the State of Washington from Union High School–with the same coach too.

Washington state has a fairly high population of BYU fans and produces a good number of NBA prospects. UW, Gonzaga, WSU do not even get the best of them regularly. BYU should get more. What ever happened to Beo who was at least on the list for Mr. Basketball.

We all know what happened to Beo…

the empty promise of an opportunity for playing time with the LP3 and Utah/Idaho focused obsession of the previous staff… that promise that never worked out for a number of players who had huge potential and had proven it on numerous occasions. There is a lengthy list of talented players.

That is what happened.

Now we have another Toolson who was recruited, oddly enough, by schools that fall within that Utah/Idaho footprint. Why wasnt he recruited by UW, Washington State or Gonzaga? What about OSU or Oregon? He was Mr. Basketball for crying out loud.

Beo had unlimited range, unfortunately, he had very limited mobility. We will see how he develops.

What I would like to know is How Dastrup would of grown under the watchful eye of Pope…Pope sure was a miracle worker with Nixon/Lee.

Two things that tell me Pope was the right pick for BYU and it will be hard to keep him.

I get the feeling that Pope is working these angles hard but keeping it all hush hush.

yes, all quiet on the home front. Still need that point man but Pope has made it known that Barcellos will be his starting point this coming year.

his backup may be Hunter Erickson from Timpview is back from his mission, high scoring guard, point that can stroke it outside or go to the hoop and dunk it, watch Hunter dunk over 7’2 Boi Boi in his highlights. 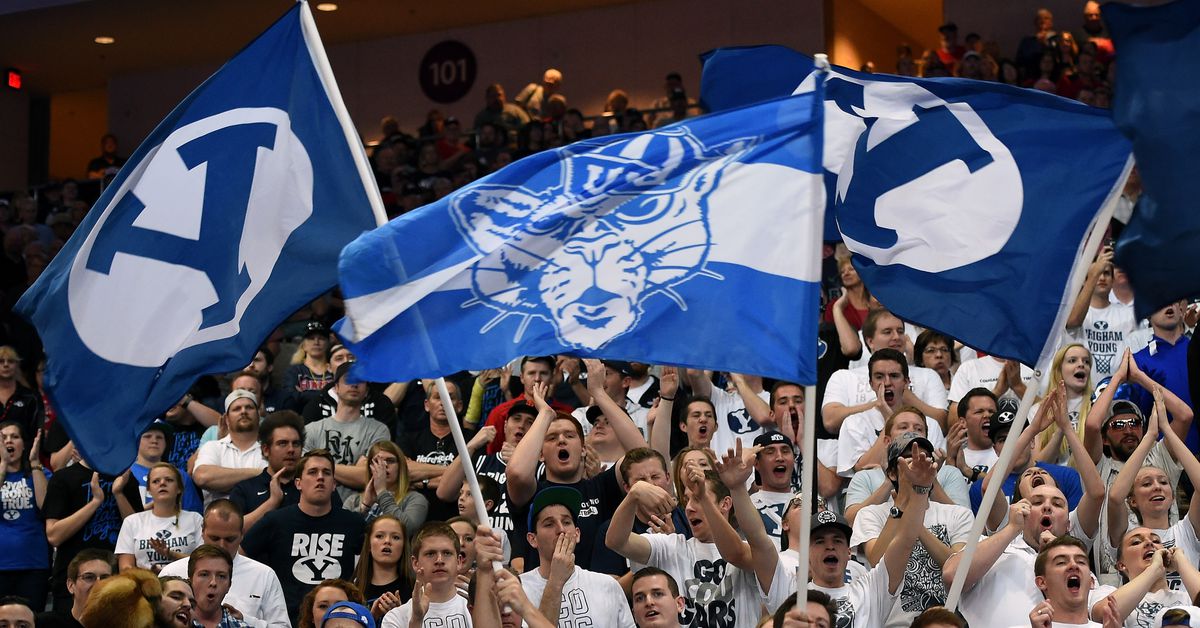 3 years ago I wrote that he would be a big time recruit for BYU. that time has come.

Report: BYU, Utah State among teams that have reached out to Both Gach

On Tuesday, the national basketball writer who broke the news that Both Gach would transfer from the Utes program, Jeff Goodman, reported that two other local schools have already reached out to the 6-foot-6 wing player: BYU and Utah State.

yes, all quiet on the home front. Still need that point man but Pope has made it known that Barcellos will be his starting point this coming year.

his backup may be Hunter Erickson from Timpview is back from his mission, high scoring guard, point that can stroke it outside or go to the hoop and dunk it, watch Hunter dunk over 7’2 Boi Boi in his highlights.

3 years ago I wrote that he would be a big time recruit for BYU. that time has come.

My general skepticism is undergoing a transformation but the jury is still out on local players that fall within the Utah Valley north to Idaho footprint. I believe Pope is an excellent coach and he showed as much this past season. It is a shame it had to end because of the plandemic.

I see good things on the horizon but I will hope for better when I see the recruiting umbrella cover a larger area… it seems to be moving that direction.

East Coast or West Coast, Mac McClung will be a high-flying, highly-exciting addition to his new team.

“I think they’re all great fits,” said Jake Weingarten, a college hoops expert for Stockrisers.com. “Auburn and BYU are two schools that stand out to me. I feel like landing a highly-touted transfer like Mac for Auburn will just add another major talent to an already loaded squad. BYU is a program on the rise and likely would’ve been a tournament team had COVID-19 not happened.”

Mac McClung announced the final 7 schools on his list as a destination after having transferred from Georgetown.

Several sites have Jesse Wade listed as a pg, and some stats show he played there, mostly, when he played for Gonzaga. Admittedly a small sample size. It at least means, he can fill in in a pinch.

I realize and recognize that we are all upbeat and excited about the direction BYU is headed. My question is this - At what point are they going to actually win or seriously challenge for a WCC title?

Is Gonzaga really in danger of not finishing first for the umpteenth time? I say no, they are not. As long as the powers that be continue to kneel at the feet of Few and the Bulldog golden goose, that will not change. The double digit victory 3 months ago (seems like an eternity) was a great win but it did not answer that question and the ncaa tournament never came to fruition. After the loss to St. Mary’s, who nearly swept the Cougars this past season, the nagging question looms even larger.

That just can’t happen if BYU is going to finally put an end to Gonzaga’s (and apparently St. Mary’s as well) reign as champions of the wcc.

Hopefully we have a basketball season this winter.

We have a deep team with some very good players. Haarms didn’t play as much as he will with BYU. He shot 79% inside 5 ft and 7’3.” We need one more good point guard and we will be as good this year as last year.

I say we need to pump the brakes on the greatness of Pope. Yes, he’s off to a good start with a senior laden talented team. He might be a better recruiter (Childs, Toolson, Haarms) than he is a game coach. There were plenty of times last year when our offense got stagnant. I agree with JCoug that we are still a million miles away from catching Gonzaga and winning the Conference. Few keeps re-loading always having 2-3 NBA guys on his roster. I look forward to Few retiring, whenever that is.

I like to see Randy Bennett to retire now

I’m looking at the players. We are deep and talented in every position. Pope gets players to work hard and get better. We have lots of potential!

Why a former BYU coach believes Mark Pope’s pursuit of transfers is warranted...

I want to see McClung come to Provo!!!

Who ever said “white men can’t jump” ? McClung was a phenom coming out of high school because of his high flying, acrobatic dunking skills. I have seen him play and he has a very good skill set and understands the game. He needs to find the right place to help develop his skills, that is why he left G’Town.

By the way Craig, you are a smart man.

FYI -vertical jump height is not measured on a trampoline… nice try.